The magazine was founded as The National Press by poet and essayist Nathaniel Parker Willis and New York Evening Mirror newspaper editor George Pope Morris in 1846. [2] Eight months later, it was renamed The Home Journal. [3] After 1901, the magazine's name became "Town & Country", and it has retained that name ever since.

Throughout most of the 19th century, this weekly magazine featured poetry, essays and fiction. As more influential people began reading it, the magazine began to include society news and gossip in its pages. After 1901, the magazine continued to chronicle the social events and leisure activities of the North American upper class, including debutante or cotillion balls, and also reported on the subsequent "advantageous marriages" that came from people meeting at such social engagements.

The magazine's earlier readership consisted of members of the Establishment. This included older wealthy families of New York City, Boston Brahmins and, later, those people in other parts of the United States whose surnames may have appeared in the Social Register (established 1887).

Willis owned and edited the magazine from 1846 until his death in 1867.

After Willis's death, the magazine went through several owners and editors until William Randolph Hearst acquired ownership in 1925. The first editor under Hearst ownership was Harry Bull. He edited the magazine from 1925 through 1949. Henry B. Sell became Bull's successor.

The magazine is still owned and published by the Hearst Corporation. [4] It is published monthly, and its readership is composed of mainly younger socialites, café society, and middle class professionals.

Most of the advertising copy in the magazine is for luxury goods and services. The feature articles and photography focus primarily on fashion, arts, culture, interior design, travel, weddings, parties, gala events and other interests and concerns of the upper class.

In May 1993, Pamela Fiori became the first woman editor-in-chief of Town & Country magazine. During her tenure, Fiori was credited with increasing circulation by making the magazine more fashion forward and in recent years, making philanthropy more of a priority for the magazine.

Fiori also pushed for more diversity in the magazine's coverage. In an effort to play down the magazine's perceived snobbish and elitist WASP, or preppy image, more celebrities have been showing up on the magazine's covers, and there has been an increase in the number of articles showcasing the events and weddings of socially prominent persons of African-American descent, as well as the social activities of people of other ethnicities.

On April 6, 2010, Fiori was replaced by Steven Drucker [4] as the editor-in-chief of the magazine. [5] Jay Fielden was named editor-in-chief in 2011. [6] [7] Fielden was previously editor-in-chief of Men's Vogue. Earlier in his career, he had worked at Vogue and The New Yorker. He said his goal was to bring "a lot of people under the tent" of "a snooty, exclusionary magazine." [8] He later said, "I gave Town & Country some teeth, reporting on behavior that wasn't always that which, well, Emily Post would approve, like having an evening toke instead of a Scotch on the rocks." [9] In 2014, Fielden convinced novelist Jay McInerney to move his column about wine from the Wall Street Journal to Town & Country. [10]

Fielden inaugurated the T&C 50 lists, including rankings of philanthropists and influential American families. In 2014, he founded the Town & Country Philanthropy Summit, which has featured speakers such as Michael Bloomberg, Chelsea Clinton, Julia Louis-Dreyfus, Bradley Cooper, Lin-Manuel Miranda, and Geoffrey Canada. [11] Fielden left Town & Country in 2016, when he replaced David M. Granger as editor-in-chief of Esquire Magazine. Adweek wrote that Fielden had transformed the magazine from "dusty publication to buzzy brand." [12]

According to HuffPost on May 9, 2018, Town & Country took criticism for disinviting Monica Lewinsky from its philanthropic summit because former President Bill Clinton decided to attend the event. [13] Hollywood producer Judd Apatow commented, "This is what everyone is fighting against." [13] He then added that Town & Country "should be ashamed of themselves." [13]

The first international version of the magazine, called Town & Country Philippines, was launched by Summit Media in 2007.

A British Town & Country magazine was launched by Hearst Magazines UK, a subsidiary of Hearst Corporation, in May 2014. [14] [15] 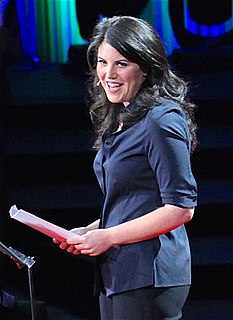 Monica Samille Lewinsky is an American activist, television personality, fashion designer, and former White House intern. President Bill Clinton admitted to having an affair with Lewinsky while she worked at the White House in 1995 and 1996. The affair, and its repercussions, became known later as the Clinton–Lewinsky scandal. 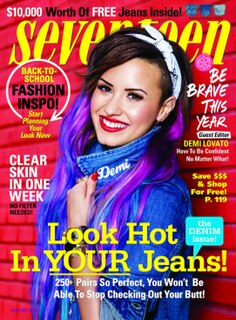 Seventeen is an American bimonthly teen magazine based in New York City. The magazine's reader-base is 13-to-19-year-old females and is published by New York City-based Hearst Magazines. It debuted in New York City in August 1944. It began as a publication geared toward inspiring teen girls to become model workers and citizens. Soon after its debut, Seventeen took a more fashion- and romance-oriented approach in presenting its material, while promoting self-confidence in young women. It was first published based in New York City on September 1944 by Walter Annenberg's Triangle Publications and The Atlantic Monthly Company in 1944 to 1946. 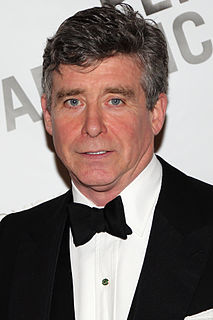 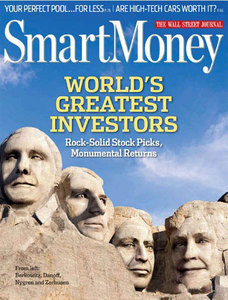 SmartMoney was The Wall Street Journal's magazine of personal business. The finance magazine launched in 1992 by Hearst Corporation and Dow Jones & Company. Its first editor was Norman Pearlstine. In 2010, Hearst sold its stake to Dow Jones. The September 2012 edition was the last paper edition. Its content was merged into MarketWatch in 2013.

Men's Vogue was a monthly men's magazine that covered fashion, design, art, culture, sports and technology. The premier issue was August 2005. On 30 October 2008 Condé Nast announced that they intended to fold the magazine into Vogue proper as a bi-annual subscriber's supplement. However, the magazine has ceased to be published since its original folding date. 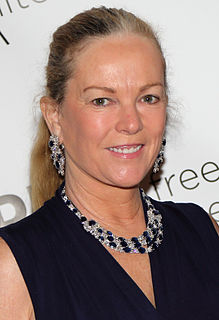 Anne Randolph Hearst is an American socialite, philanthropist, and publishing heiress. Hearst is a contributing editor of Town & Country magazine

Summit Publishing Co., Inc., trading as Summit Media, is a Filipino digital lifestyle network in the Philippines. It has 15 media brands attracting around 20 million monthly unique visitors and approximately 33 million social media followers. It began as a consumer magazine publisher in June 1995, with Preview as its first magazine title. It turned into a publication conglomerate which published several lifestyle magazines titles, including Candy for young Filipino girls and Yes!, a Philippine entertainment magazine.

National Magazine Company is a British magazine publisher based in London. It was established in 1910 by William Randolph Hearst and was a wholly owned subsidiary of the Hearst Corporation.

Lettie Teague is an American author and currently a wine columnist for The Wall Street Journal. Teague was for several years with Food & Wine, as wine editor of the magazine from 1997 and executive wine editor 2005–2009.

Women's Health (WH), published by Hearst, is a lifestyle magazine centered on health, sex, nutrition and fitness. It is published 10 times a year in the United States and has a circulation of 1.5 million readers. The magazine has 13 international editions spanning 25 countries and reaches over eight million readers globally. Prior to its acquisition by Hearst, it was founded by Rodale, Inc. in Emmaus, Pennsylvania.

David M. Granger is an American journalist. He was editor-in-chief of Esquire Magazine from June 1997 until March 2016. Granger is a literary agent and media consultant working with Aevitas Creative Management.

Culture+Travel is a travel magazine based in New York City, New York. Published by Louise Blouin Media and founded by former Conde Nast editorial director James Truman, it was launched in 2006 as a bi-monthly print magazine. It was later incorporated into art and lifestyle media Artinfo.com, and relaunched as an online publication in 2014, providing original articles and travel destination guides.

Joanna Louise Coles was chief content officer for Hearst Magazines from 2016 to 2018.

Forbes 30 Under 30 is a set of lists of people under 30 years old issued annually by Forbes magazine and some of its regional editions. The American lists recognize 600 business and industry figures, with 30 selected in twenty industries each. Asia and Europe also each have ten categories for a total of 300 each, while Africa has a single list of 30 people. Forbes hosts associated conferences and a section of its website called 30 Under 30.

Nilou Motamed is an Iranian-born American magazine editor and television personality. She is a recurring judge on the television series Top Chef. Motamed is the former Editor-in-Chief of Food & Wine magazine and Condé Nast's Epicurious.

Jay Fielden is a magazine editor and writer. He was editor-in-chief of Esquire from 2016 until 2019. A New York Times profile described him as having “the belletrist whimsy of Oscar Wilde and the gunslinger gusto of Wild Bill Hickok.”

Michael A. Clinton is an American writer, photographer and former magazine publishing executive. He was publisher of GQ magazine from 1988 to 1994 and subsequently senior vice president and executive vice president of publisher Condé Nast until 1997. He joined Hearst Magazines as senior vice president and chief marketing officer and soon after added the publishing director title at Hearst. From 2010, he was the president, marketing and publishing director of Hearst Magazines and also served on the board of directors of The Hearst Corporation. After retiring in 2020, he remains as senior media advisor to the CEO of Hearst.