True4U originally launched in 1998 as Shopping@Home, a shopping television channel by UBC was broadcast on its platform. In 2005, the Office of Small and Medium Enterprises Promotion, a department of Ministry of Industry hire UBC to produce their own channel and rename the channel to SMEs Shop Channel. In 2009, TV Direct Co., Ltd., a Thai shopping television network, rented the channel and renamed to Shopping Network.

In 2012, the platform operator, TrueVisions relaunched the channel renaming it as "True 10" broadcasting on various platform. True 10 show entertainment, news and sport programs from TrueVisions and self-produced.

On 31 March 2014, True 10 was closed to prepare the channel to broadcast as a digital television.

On 1 January 2017, The high-definition simulcast of True4U on TrueVisions has been terminated. [3]

Television in Hong Kong is primarily in Cantonese and English. It is delivered through analogue and digital terrestrial, cable, IPTV, and the Internet. Satellite TV is not common, although many housing estates have dishes and re-distribute a limited number of free channels through coaxial cables. The dominant broadcaster is TVB and Viu TV. 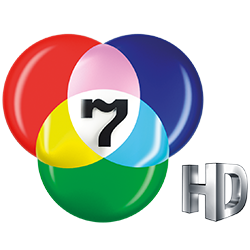 CSC Media Group, formerly known as Chart Show Channels (CSC), was a British-Irish cable television broadcasting company. It was a subsidiary of Sony Pictures Television. The company dissolved on 27 November 2019.

MTV is a Spanish pay television channel which focuses its programming on general entertainment and music. It was launched on 10 September 2000 and is owned by ViacomCBS. It used to be available on the Spanish digital terrestrial television platform between 2010 and 2014, until it moved back to pay television due to a low audience figure.

Channel 8 is a Thai digital television channel that broadcasts entertainment, foreign TV series, and sports. It is owned and operated by RS Vision Company Limited. The channel is based in Bangkok, Thailand, where it is available on both C and KU bands. Channel 8 broadcasts popular events such as HBO World Championship Boxing plus domestic and self-produced programs.