The University of Michigan Press is part of Michigan Publishing at the University of Michigan Library. [4] [5] It publishes 170 new titles each year [6] in the humanities and social sciences. [7] Titles from the Press have earned numerous awards, including Lambda Literary Awards, the PEN/Faulkner Award, the Joe A. Callaway Award, and the Nautilus Book Award. The Press has published works by authors who have been awarded the Pulitzer Prize, the National Humanities Medal and the Nobel Prize in Economics.

From 1858 to 1930, the University of Michigan had no organized entity for its scholarly publications, which were generally conference proceedings or department-specific research. [8] The University Press was established in 1930 under the University’s Graduate School, and in 1935, Frank E. Robbins, assistant to University President Alexander G. Ruthven, was appointed as the managing editor of the University Press. He would hold this position until 1954, when Fred D. Wieck was appointed as Press Director. Though initial plans for the Press only foresaw it maintaining the output of conference materials and Alumni Readings Lists, Robbins expanded this vision to include publications on diverse fields of interest, such as archaeology, linguistics, and international interests.

In 2009, the Press became a part of the University of Michigan Library. [9] Today, the Press primarily publishes English Language Teaching (ELT) textbooks and teacher training manuals, scholarly monographs in a variety of fields—including classical studies, Asian studies, political science, disability studies, and theater and performance—and books on Michigan and the Great Lakes region.

The University of Michigan Press is known for its English as a Second Language (ESL) product line. Because the University of Michigan was the first place to publish ESL student textbooks and teacher training manuals in the United States (1941), the products ultimately ended up being first distributed and then fully published by the University of Michigan Press. Although at one point the only new titles published were those by faculty and staff at the English Language Institute, authors currently represent a variety of institutions around the world. Today, the MICHIGAN ELT list is primarily recognized for its English for Academic Purposes (EAP) and teacher training products. [10]

The University of Michigan Press has over 1,100 monographs in its catalogue that are available as ebooks, and it is involved in several digital media projects.

digitalculturebooks is an imprint of the University of Michigan Press dedicated to publishing innovative work in new media studies and digital humanities. The imprint began in 2006 as a partnership between MLibrary and the Press, taking advantage of the skills and expertise of staff throughout Michigan Publishing. Its primary goal is to be an incubator for new publishing models in the humanities and social sciences. [11]

Fulcrum is a publishing platform that the Press has developed with a grant from the Andrew W. Mellon Foundation in partnership with Indiana, Minnesota, Northwestern, and Penn State Universities. Fulcrum helps publishers present the full richness of their authors' research outputs in a durable, discoverable, and flexible form. With Fulcrum, scholarly authors can link source materials—including images, video and audio clips, and three-dimensional interactive models—to book-length interpretations of them in an integrated way. These digital objects can be published as supplemental materials, with the book elsewhere, or both narrative and data can be presented together. [12]

The University of Michigan Press publishes numerous ongoing series, including:

In October 2007, the University of Michigan Press announced in a statement that it would continue to distribute books for Pluto Press. It also announced that it would review the policies dictating its relationship with external presses. [18] In an interview with Joel Kovel, Amy Goodman of Democracy Now! discussed this issue and focused in particular on the influence of Howard Zinn. In response, Kovel stated that he had contacted Zinn and that "Zinn and other well-known people, like Richard Falk, you know, have said yes, we’re on board with this." [19]

In June 2008, the University of Michigan Press ended its relationship with Pluto Press. [15] [22] [23] McCraken stated in an interview with Inside Higher Ed that the relationship ended because Pluto Press does not use the same peer review process as The University of Michigan. [15] She also stated in response to a question that postulated a link with criticism of Overcoming Zionism that "the initial decision of the executive board of the press was that it would not make a decision based on a particular book" and that "certainly the free and open exchange of ideas is the foundation of everything we do at the university." [15] Roger van Zwanenberg, chairman of Pluto Press responded to the decision by linking it to the criticism of Overcoming Zionism. He stated: "What this tells you is that there are dark forces in America who would like to control the flow of ideas, and they are powerfully organized and they are very dangerous." He suggested that The University of Michigan knew that there was a difference in the peer review process from the beginning of their relationship, calling the decision to focus on peer review "a facade". He also stated that Pluto Press would seek a new American distributor. [15] Pluto Press is currently distributed in the United States by the University of Chicago Press." [24]

Olivet Nazarene University (ONU) is a private Nazarene university in Bourbonnais, Illinois. Named for its founding location, Olivet, Illinois, ONU was originally established as a grammar school in east-central Illinois in 1907. In the late 1930s, it moved to the campus in Bourbonnais. The university is affiliated with the Church of the Nazarene and is the annual site of the church's Regional Celebrate Life youth gathering for the Central USA Region. It is a member of the Council for Christian Colleges and Universities.

Pluto Press is a British independent book publisher based in London, founded in 1969. Originally, it was the publishing arm of the International Socialists, until it changed hands and was replaced by Bookmarks. 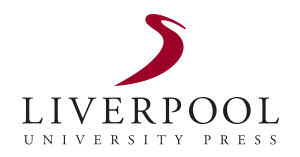 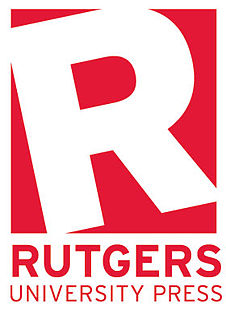 Joel Stephen Kovel was an American scholar and author, known as a founder of "eco-socialism". Kovel became a psychoanalyst, but abandoned psychoanalysis in 1985. 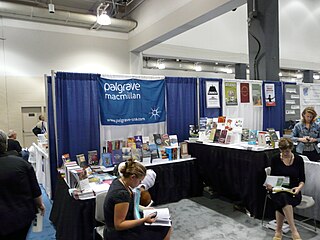 Palgrave Macmillan is a British academic and trade publishing company headquartered in the London Borough of Camden. Its programme includes textbooks, journals, monographs, professional and reference works in print and online.

Michigan State University Press "is the scholarly publishing arm of Michigan State University." Scholarly publishing at the university significantly predates the establishment of its press in 1947. By the 1890s the institution’s Experiment Stations began issuing a broad range of influential publications in the natural sciences and as early as 1876, professor A.J. Cook commissioned a Lansing printer to issue his popular Manual of the Apiary, which ran through numerous editions and remained in print for nearly half a century.

Temple University Press is a university press founded in 1969 that is part of Temple University. It is one of thirteen publishers to participate in the Knowledge Unlatched pilot, a global library consortium approach to funding open access books. 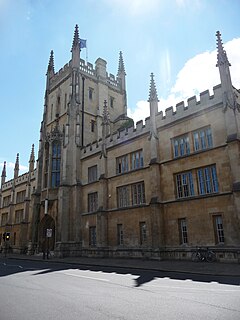 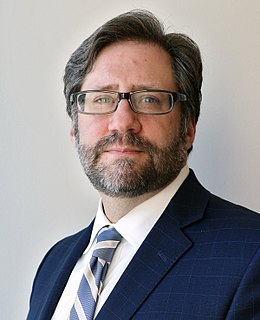 Jon Parrish Peede is an American book editor and literary review publisher, currently serving as the chairman of the National Endowment for the Humanities. 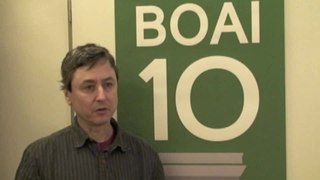 The idea and practise of providing free online access to journal articles began at least a decade before the term "open access" was formally coined. Computer scientists had been self-archiving in anonymous ftp archives since the 1970s and physicists had been self-archiving in arxiv since the 1990s. The Subversive Proposal to generalize the practice was posted in 1994.