Washington Monthly is a bimonthly [lower-alpha 1] nonprofit magazine of United States politics and government that is based in Washington, D.C. The magazine is known for its annual ranking of American colleges and universities, which serves as an alternative to the Forbes and U.S. News & World Report rankings.

The magazine was founded on February 19, 1969 by Charles Peters, who wrote the "Tilting at Windmills" column in each issue until 2014. [1] Paul Glastris, former speechwriter for Bill Clinton, has been Washington Monthly's editor-in-chief since 2001. In 2008, the magazine switched from a monthly to a bimonthly publication schedule, citing high publication costs.

In 2008, the liberal watchdog and advocacy group Common Cause considered acquiring Washington Monthly, but the deal fell apart. [3] [4]

The politics of Washington Monthly are often considered center-left. [5] [6] [7] Founder Charles Peters refers to himself as a New Deal Democrat and advocates the use of government to address social problems. His columns also frequently emphasized the importance of a vigilant "fourth estate" in keeping government honest.

Washington Monthly features a continuing blog; "Political Animal" was written principally by Kevin Drum for several years, with frequent guest contributions by Washington Monthly's current and alumni editors. In 2008, Steve Benen took over as lead blogger; in 2012, he was succeeded by Ed Kilgore. [8] Kilgore left the magazine in 2015. [9]

In addition to "Political Animal," the magazine's website also hosts "Ten Miles Square," a general blog featuring posts from staff and political scientists, which debuted in 2011, [10] and "College Guide," a blog about higher education, which the magazine began offering in 2009. [11]

Washington Monthly's annual college and university rankings, [12] a deliberate alternative college guide to U.S. News & World Report and Forbes College Rankings among domestic publications, began as a research report in 2005. It was introduced as an official set of rankings in the September 2006 issue. [13]

Its "National Universities Rankings", most recently published in 2016, began as a research report in 2005, with rankings appearing in the September 2006 issue. Washington Monthly rates schools "based on their contribution to the public good in three broad categories: Social Mobility (recruiting and graduating low-income students), Research (producing cutting-edge scholarship and PhDs), and Service (encouraging students to give something back to their country)." [14]

The Washington Monthly receives financial support from the Lumina Foundation to provide coverage of post-secondary education-related issues. [15] The magazine has also received funding from the Schumann Center for Media and Democracy, [16] the Carnegie Corporation of New York, [17] and individual supporters, including Warren Buffett and Markos Kounalakis. [2]

U.S. News & World Report is an American media company that publishes news, consumer advice, rankings, and analysis. It was launched in 1948 as the merger of domestic-focused weekly newspaper U.S. News and international-focused weekly magazine World Report. In 1995, the company launched 'usnews.com' and in 2010, the magazine ceased printing. 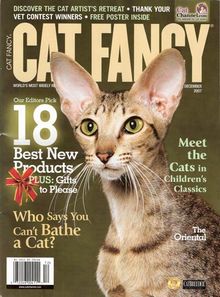 Cat Fancy was the name of a popular North American monthly magazine dedicated to cats, owners of cats, and breeders of cats published by I-5 Publishing. 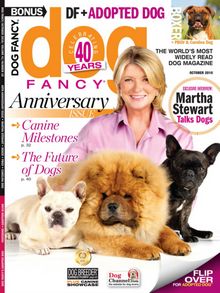 Dog Fancy was a monthly magazine dedicated to dogs, owners of dogs, and breeders of dogs. It was founded in 1970 and was described by its publishing company, BowTie Inc., as "the world’s most widely read dog magazine". BowTie Inc. also published its sister magazine Dog World, and Cat Fancy for cats and their owners. 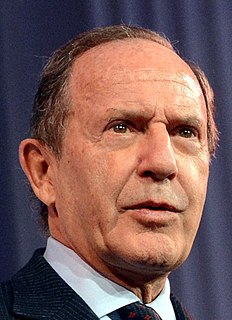 Mortimer Benjamin Zuckerman is a Canadian-American billionaire media proprietor, magazine editor, and investor. He is the co-founder, executive chairman and former CEO of Boston Properties, one of the largest real estate investment trusts in the US. Zuckerman is also the owner and publisher of U.S. News & World Report, where he serves as editor-in-chief. He formerly owned the New York Daily News,The Atlantic, and Fast Company. On the Forbes 2016 list of the world's billionaires, he was ranked No. 688 with a net worth of US$2.5 billion. As of January 2020, his net worth is estimated at US$3.0 billion. 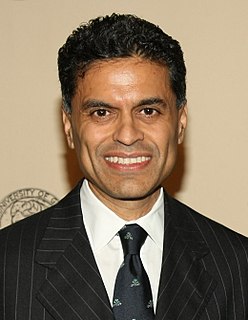 Fareed Rafiq Zakaria is an Indian-American journalist, political commentator, and author. He is the host of CNN's Fareed Zakaria GPS and writes a weekly paid column for The Washington Post. He has been a columnist for Newsweek, editor of Newsweek International, and an editor at large of Time.

The Multinational Monitor was a bimonthly magazine founded by Ralph Nader in 1980. It was published by Essential Information. The magazine was formerly published on a monthly basis. Although its primary focus was on analysis of corporations, it also published articles on labor issues and occupational safety and health, the environment, globalization, privatization, the global economy, and developing nations.

Creative Review is a bimonthly print magazine and website. The magazine focuses on commercial creativity, covering design, advertising, photography, branding, digital products, film, and gaming. The magazine is published bimonthly in print and also has an online magazine and a podcast.

The American Academy of Political and Social Science (AAPSS) was founded in 1889 to promote progress in the social sciences. Sparked by Professor Edmund J. James and drawing from members of the faculty of the University of Pennsylvania, Swarthmore College, and Bryn Mawr College, the Academy sought to establish communication between scientific thought and practical effort. The goal of its founders was to foster, across disciplines, important questions in the realm of social sciences, and to promote the work of those whose research aimed to address important social problems. Today the AAPSS is headquartered at the Annenberg Public Policy Center at the University of Pennsylvania in Philadelphia and aims to offer interdisciplinary perspectives on important social issues. 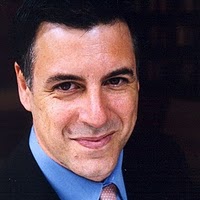 Markos Kounalakis is an American syndicated journalist and scholar who is the second gentleman of California as the husband of lieutenant governor Eleni Kounalakis. Kounalakis writes a syndicated weekly foreign affairs column for The Miami Herald and McClatchy-Tribune News and is a frequent foreign affairs analyst for CBS News and CNN International. Kounalakis' last syndicated weekly column appeared in the Miami Herald on November 6, 2020. His 2018 National Society of Newspaper Columnists award stated that "Kounalakis's world affairs columns not only offer strong prose and strong opinions, they offer an education." In 2019, he won a SPJ Sunshine State Award for his foreign affairs commentary and criticism.

Lumina Media was an American publisher of magazines, books, and associated websites. Throughout all its incarnations, the business has focused on the pet-keeping and -breeding market, though also with some other topical lifestyle and hobby publications. The original company was founded in 1974 as Fancy Publications by Norman Ridker, absorbing Kennel Club Books in 2004, which made BowTie a main competitor to TFH Publications in the pet-book market. In 2002, Bob Garfield of On the Media called Fancy Publications "the Time Warner of the pet magazine business". After some financial difficulties, BowTie was restructured as I-5 Publishing in 2013 under the new ownership of David Fry and Mark Harris, and took on its present name in 2016.

Steve Benen is an American political writer, blogger, MSNBC contributor and producer of The Rachel Maddow Show. His first book, The Impostors: How Republicans Quit Governing and Seized American Politics, was published by William Morrow and Company in June 2020.

The Real Deal is a media company with a focus on New York City, South Florida and Los Angeles. The news outlet was started in 2003 by Amir Korangy, and focuses on both commercial and residential real estate. The online and print publication, which serves as a source for other periodicals, was self-proclaimed "the must-read news source for real estate news," in a profile in the Los Angeles Times in 2009, and "the hot sheet for NYC real estate professionals," by the New York Post.

Jamie Merisotis is president and CEO of Lumina Foundation, one of the largest private foundations in the United States whose mission is to increase the proportion of Americans with degrees, certificates, and other high-quality credentials to 60 percent by 2025. Merisotis oversees the foundation's use of a $1.2 billion endowment.

College and university rankings in the United States order the best U.S. colleges and universities based on factors that vary depending on the ranking. Rankings are typically conducted by magazines, newspapers, websites, governments, or academics. In addition to ranking entire institutions, specific programs, departments, and schools can be ranked. Some rankings consider measures of wealth, excellence in research, selective admissions, and alumni success. There is also much debate about rankings' interpretation, accuracy, and usefulness.