Why Do Fools Fall in Love (film)

Why Do Fools Fall in Love is a 1998 American romantic drama film directed by Gregory Nava. Released by Warner Bros. Pictures, the film is a biographical film of R&B/Rock and roll singer Frankie Lymon, lead singer of the pioneering rock and roll group Frankie Lymon & the Teenagers for one year. Moreover, the film highlights the three women in his life, each of whom claim to have married Lymon and lay claim to his estate.

Written by Tina Andrews, Why Do Fools Fall in Love stars Halle Berry, Vivica A. Fox, Lela Rochon, and Larenz Tate, who portrays Lymon. Little Richard also appears in the film as himself. [2]

One of the single from the soundtrack "I Want You Back" by Melanie Brown featuring Missy Elliott peaked at number-one in the UK Singles Chart. [3]

Lymon was 13 years old when the teenage group Frankie Lymon & the Teenagers erupted from radios and jukeboxes with their 1956 hit "Why Do Fools Fall in Love?" and appeared in the movie Rock, Rock, Rock (1956).

After Mr. Rock and Roll (1957), Lymon started a solo singing career, but it all fell apart. Lymon's career was over by the time he was 18 years old, and he died of a heroin overdose seven years later.

Jumping from the 1950s to the 1960s, the film traces the rise and fall of Lymon (Larenz Tate) in a series of flashbacks as courtroom claims on Lymon's royalties are outlined by three women: Zola Taylor (Halle Berry) of the R&B group The Platters; Elizabeth Waters (Vivica A. Fox), a petty thief from Philadelphia; and schoolteacher Emira Eagle (Lela Rochon). Ending credits show the real Frankie Lymon singing his song "Goody Goody."

The film ends with Emira winning Frankie's estate, although Elizabeth was named the legal surviving spouse of Frankie Lymon.

The screenplay of the film, written by actress-turned-screenwriter Tina Andrews, took fifteen years to be produced. Director Gregory Nava used most of the technical staff from his prior film Selena. [4]

The film was first presented at the Urbanworld Film Festival, New York on August 8, 1998.

On review aggregator website Rotten Tomatoes, the film holds an approval rating of 53% based on 57 reviews, with an average rating of 5.91/10. The website's critics consensus reads, "This is a fun comedy with delightful musical numbers." [6] Roger Ebert, film critic for the Chicago Sun-Times , was disappointed in the screenplay and ultimately Nava's direction of the film, and wrote, "There are several angles this material might have been approached from, and director Gregory Nava tries several without hitting on one that works. By the end of the film, we're not even left with anyone to root for; we realize with a little astonishment, waiting for the court verdict, that we don't care who wins." [7]

Yet, film critic Peter Stack liked the film and believes director Nava smartly juggles a lot of elements in the picture. He wrote, "Why Do Fools Fall in Love is a fresh, enlightening example of how to take a tragic American show-business story and make it funny, warm and terrifically entertaining...[it] brims with joyful spirit and raucous comedy...[and the film] deftly juggles a surprising number of elements, but they all work." [8]

Two soundtrack albums were released for Why Do Fools Fall in Love by Warner Music Group. Why Do Fools Fall in Love: Original Versions from the Movie, released on September 8, 1998 by Rhino Records, contained fourteen songs, including five of Frankie Lymon & the Teenagers' original recordings. Also included are original hits by Little Richard, The Platters, The Shirelles, Otis Redding and others. [10]

Why Do Fools Fall in Love: Music from and Inspired by the Motion Picture was released on the same day as Original Versions from the Movie, but on Warner's East West Records label in conjunction with Elektra Records and The Goldmind Inc.. Save for one vintage Little Richard song, it features new hip-hop and contemporary R&B recordings practically unrelated to the actual film (one track, Gina Thompson's "Why Do Fools Fall in Love", interpolates the Teenagers' hit and is featured over the film's end credits). Executive produced by Missy Elliott and primarily produced by her and Timbaland, this soundtrack album features songs by artists such as Elliott, Busta Rhymes, En Vogue, Destiny's Child, Coko of SWV and, making her solo debut, Spice Girls member Melanie B.

It peaked at 55 on the Billboard 200 and 15 on the Top R&B/Hip-Hop Albums and spawned the singles "I Want You Back" by Melanie Brown featuring Missy Elliott (which peaked at number-one on the UK Singles Chart) [3] , En Vogue's "No Fool No More" (which peaked at 57 on the Billboard Hot 100), and Destiny's Child's "Get on the Bus". Singer Lil' Mo also made her debut with the single and music video for "Five Minutes."

Former Bad Boy recording artist Mase was slated to record with Missy Elliott and Busta Rhymes for the soundtrack, but his contribution never made the final cut. [11]

Franklin Joseph Lymon was an American rock and roll/rhythm and blues singer and songwriter, best known as the boy soprano lead singer of the New York City-based early rock and roll group The Teenagers. The group was composed of five boys, all in their early to mid-teens. The original lineup of the Teenagers, an integrated group, included three African-American members, Frankie Lymon, Jimmy Merchant, and Sherman Garnes; and two Puerto Rican members, Joe Negroni and Herman Santiago. The Teenagers' first single, 1956's "Why Do Fools Fall in Love", was also their biggest hit. After Lymon went solo in mid-1957, both his career and that of the Teenagers fell into decline. He was found dead at the age of 25 on the floor of his grandmother's bathroom from a heroin overdose. His life was dramatized in the 1998 film Why Do Fools Fall In Love.

The Teenagers are an American doo wop group, most noted for being one of rock music's earliest successes, presented to international audiences by DJ Alan Freed. The group, which made its most popular recordings with young Frankie Lymon as lead singer, is also noted for being rock's first all-teenaged act.

Larenz Tate is an American film and television actor. Tate is best known for his roles as O-Dog in Menace II Society and as Councilman Rashad Tate in Power. Tate's other films and television series include the films Dead Presidents, Love Jones, A Man Apart, Crash, Waist Deep, Ray and the television series Rush and Game of Silence.

Herman Santiago is a Puerto Rican rock and roll pioneer and songwriter who was previously a member of the vocal group Frankie Lymon and the Teenagers. He (disputedly) co-wrote the group's iconic hit "Why Do Fools Fall in Love".

Why Do Fools Fall in Love may refer to:

Hot is the debut album by English singer-songwriter Melanie Brown, released on 9 October 2000 by Virgin. The album was not as successful as her albums with the Spice Girls or that of other members solo albums released around this time. It peaked at number twenty-eight in the United Kingdom and sold over 60,000 copies, receiving a silver certification. The album had four singles: "I Want You Back", featuring Missy Elliott, "Tell Me", "Feels So Good" and "Lullaby". The first three singles reached the top 5 in the United Kingdom. The single "Word Up", previously released on the soundtrack of the film Austin Powers: The Spy Who Shagged Me, was included on the Japanese version. The album received mixed to negative reviews from critics. 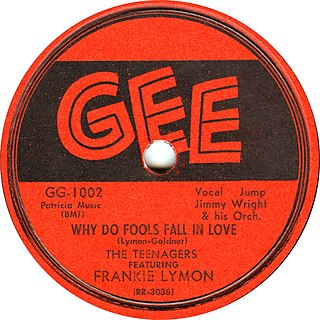 "Why Do Fools Fall in Love" is a song by American rock and roll band Frankie Lymon & the Teenagers that was released on January 10, 1956. It reached No. 1 on the R&B chart, No. 6 on Billboard's Pop Singles chart, and No. 1 on the UK Singles Chart in July. Many renditions of the song by other artists have also been hit records in the U.S., including versions by the Diamonds, the Beach Boys, and Diana Ross. 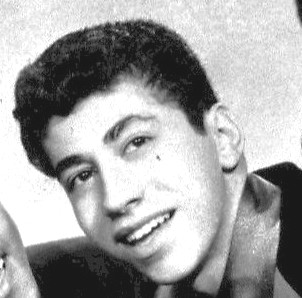 Joe Negroni was an American singer of Puerto Rican descent. He was a rock and roll pioneer and founding member of the rock and roll group Frankie Lymon and the Teenagers. 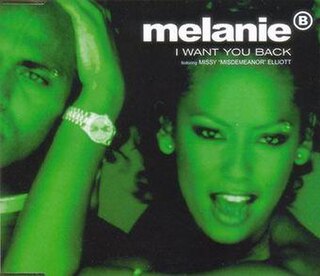 "I Want You Back" is a song by British singer Melanie B, released as her first solo single. It was released as the lead single from her debut album, Hot, and as the first solo single by a member of the Spice Girls. The song is also included in the soundtrack to the 1998 film Why Do Fools Fall in Love. The song peaked at number-one on the UK Singles Chart on 20 September 1998, giving Missy Elliott the distinction of becoming the first female rapper to reach number one in the UK.

"No Fool, No More" is a song by American female group En Vogue, released as the lead single from the soundtrack for Why Do Fools Fall in Love. The song also appears on their 1998 hits compilation album Best of En Vogue.

Zoletta Lynn Taylor was an American singer. She was the original female member of The Platters from 1954 to 1962, when the group produced most of their popular singles.

Gina Thompson is an American R&B singer. Born to Edward L. Thompson, Sr. and Eugenia Thompson, Gina Thompson began singing at an early age and was signed to her first recording contract with Mercury Records shortly after graduating high school. 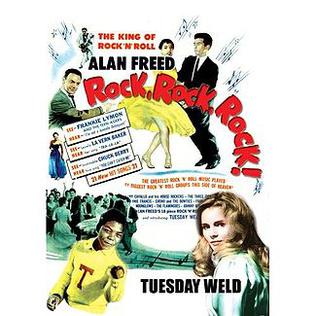 Rock, Rock, Rock! is a 1956 black-and-white motion picture conceived, co-written and co-produced by Milton Subotsky and directed by Will Price. The film is an early jukebox musical featuring performances by established rock and roll singers of the era, including Chuck Berry, LaVern Baker, Teddy Randazzo, the Moonglows, the Flamingos, and the Teenagers with Frankie Lymon as lead singer. Later West Side Story cast member David Winters is also featured. Famed disc jockey Alan Freed made an appearance as himself. 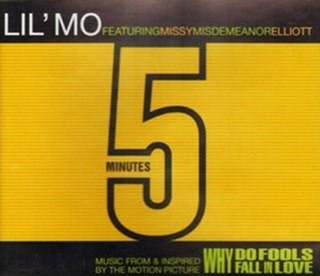 "5 Minutes" is the debut single performed by American R&B vocalist, Lil' Mo. The song features production and guest vocals by frequent collaborator Missy "Misdemeanor" Elliott and originally served as the lead single from the original soundtrack of Why Do Fools Fall in Love (1998). However, because it was ignored by American mainstream radio outlets, the song was instead released as the soundtrack's first international single while contenders "I Want You Back" and "No Fool No More" were chosen in its place as a leading single.

"I'm Not a Juvenile Delinquent" is a song written by George Goldner and performed by Frankie Lymon and The Teenagers. It reached #12 on the UK Singles Chart in 1957. The song was featured on their 1956 album, The Teenagers Featuring Frankie Lymon.

Jimmy Merchant is an American singer and musician. He was a member of the doo-wop group The Teenagers. He retired The Teenagers in 2005.

Sherman Garnes was an American singer who was a member of the doo-wop group The Teenagers. Garnes attended Edward W. Stitt Junior High School where he met Jimmy Merchant. They formed a group, The Earth Angels, and in 1954, joined Herman Santiago and Joe Negroni to form The Coupe De Villes, which later, with the addition of Frankie Lymon, became The Teenagers who had a hit song with Why Do Fools Fall in Love. He died on February 26, 1977 after suffering from a heart attack. He was only 36 years old.