On 30 June 2015, a Lockheed KC-130B Hercules belonging to the Indonesian Air Force with 12 crew and 110 passengers on board, crashed near a residential neighborhood shortly after taking off from Medan, Indonesia, en route to Tanjung Pinang. All aboard were killed, along with 17 people on the ground. [1] [2] [3] [4]

At the time of the crash, the aircraft was transporting military personnel and their families, and possibly some civilian passengers. [5] [6] [7]

Shortly after the crash, the Chief of Staff of the Indonesian Air Force grounded their entire C-130 fleet for inspection at Abdul Rachman Saleh Airport, from which the aircraft involved originated. [8]

The plane took off at 12:08 p.m. (0508 GMT) from Soewondo Air Force Base, after refuelling and taking on passengers. It crashed near Djamin Ginting Road in Medan about two minutes later. The crash site was approximately 5 kilometres (3.1 mi) from the base. According to Indonesian Chief of Staff of the Air Force Marshal Agus Supriana, before crashing, the pilot had requested permission to return to base. [9]

According to eyewitnesses and Indonesian media, after the pilot indicated the aircraft would return to base, it drastically rolled to the right. An eyewitness reported that after the aircraft rolled, it then clipped a radio tower belonging to Joy FM, dove and then exploded. [10] After it dove, multiple explosions were heard from as far as 1 kilometre (0.62 mi) away. The aircraft became inverted, and the nose clipped the Golden Eleven Hotel. It then struck three other buildings, one of which was a crowded massage parlor, at a nearly perpendicular angle. It finally exploded in what onlookers described as "a hell-like scene", with bodies ejected onto the street. [11]

It was the deadliest C-130 Hercules crash in Indonesian history, surpassing the 1991 Hercules crash in East Jakarta, the third-deadliest air disaster in the province of North Sumatra, after Garuda Indonesia Flight 152 and Mandala Airlines Flight 091, and the second air disaster in Indonesia within six months, after Indonesia AirAsia Flight 8501 in December 2014. [12] The crash occurred only 2 kilometres (1.2 mi) away from the 2005 Mandala Airlines crash, in a residential area in Medan, and also occurred minutes after takeoff. Both happened on the Djamin Ginting Road. [13] [14]

The aircraft was transporting military personnel and their families for duty rotations. [15] The passengers included those who boarded the aircraft from Malang, Jakarta and Pekanbaru; the aircraft was scheduled to continue to Tanjung Pinang, Natuna, and Pontianak before returning to Malang. [16] [17] Such flights are common in Indonesia, and it is common for families to be transported together in military aircraft. [9]

There were 110 passengers and 12 crew members on board. At least 7 people on the ground were reported missing and feared dead. [15] [17]

The son of the former Indonesian President, Susilo Bambang Yudhoyono, a young army officer and acquaintance of the pilot, claimed that the captain of the aircraft, Sandy Permana, was very experienced and "one of the best pilots in the Indonesian Air Force". [18] [19]

Identification of the victims started on 1 July 2015. The National Search and Rescue Agency (BASARNAS) stated that around 100 bodies were found in the crash site, along with 60 body parts. [20] The bodies were transported to Adam Malik Hospital in Medan for identification. [21] By 4 July, at least 119 bodies had been identified and returned to their families.

Crash site
Crash site shown on a map of Sumatra

The crash took place in a crowded residential neighborhood in Medan, Indonesia's third-largest city. The aircraft took off from Soewondo Air Force Base, formerly Polonia airport. Polonia had been the city's main commercial airport until it was replaced by Kualanamu International Airport in 2013, [22] partly due to concerns arising from its proximity to urban areas (2 km from the city center). Soewondo now serves as the headquarters of the Air Force's Western Surveillance Wing. [22]

Moments after the crash, onlookers began searching through the wreckage for survivors. Thousands of local residents attempted to approach the site. Crowds attempted to bring hoses to the site while soldiers also aided in the search. At least four people survived the initial impact and were later admitted to the nearest hospital for serious burn injuries. These were later confirmed as "survivors on the ground", not passengers or crew. All 122 people on board died in the accident. [23]

Because the aircraft was not fitted with a flight recorder, the Indonesian National Transportation Safety Committee primarily relied on the wreckage pattern and the pilot's flight history for the investigation. [24] [25] On 1 July 2015, all of the ammunition and two engines from the aircraft were successfully removed from the crash site. [26]

The Indonesian National Armed Forces (TNI) said that they would pay the insurance claims, which totaled Rp 2.25 trillion (roughly US$170 million). The investigation was expected to be completed in two weeks. The preliminary report was not made public. [27]

The aircraft was one of ten C-130Bs given to Indonesia by the United States in exchange for an imprisoned CIA pilot, captured during Sulawesi rebellion 1957–1961. The aircraft suffered from a shortage of spare parts after the US enacted an embargo (9 September 1999 – 22 November 2005) [28] on Indonesia over their part in the 1999 East Timorese crisis. [29] In view of the aircraft's age, the crash sparked public outcry over the state of the Indonesian Air Force Hercules fleet. However, Indonesian officials denied that the aircraft's age was a factor in the crash, and insisted it was in "good condition". [30]

On 3 July 2015, it was reported that the number four engine propeller had malfunctioned before the aircraft hit the tower, indicating a mechanical failure. All four of the aircraft's engines have been recovered from the crash site as part of the investigation. [31]

Roughly 90% of witnesses reported that the aircraft struck a cellphone tower before it crashed. The tower itself was found to be illegal, according to an Indonesian official. As a result, the Indonesian People's Representative Council advised that "illegal towers" anywhere in Indonesia had to be removed, as they were "ugly" to the scenery and "dangerous" for safety. President Joko Widodo and Vice President Jusuf Kalla agreed to the need to retire old aircraft in the Indonesian Air Force's fleet, to prevent a similar tragedy. [32] [33] 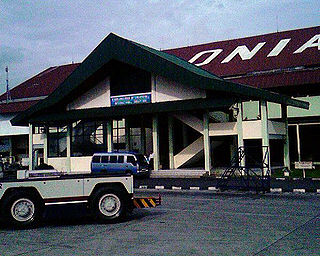 Soewondo Air Force Base is the former Polonia International Airport which was the principal airport serving Medan, North Sumatra, Indonesia, about 2 km from the downtown, and used to serve flights to several Indonesian and Malaysian cities, along with a flight to Singapore and Thailand. Previous international flights had been opened to Hong Kong, Taipei, Amsterdam, Phuket, Chennai, Johor Bahru, Malacca and Ipoh.

Indonesian Aerospace (IAe) or official Indonesian name PT Dirgantara Indonesia (Persero) is an Indonesian aerospace company involved in aircraft design and the development and manufacture of civilian and military regional commuter aircraft. The company was formerly known as Industri Pesawat Terbang Nusantara. It was expanded from a research and industrial facility under the auspices of the Indonesian Air Force, namely Lembaga Industri Penerbangan Nurtanio (LIPNUR) or Nurtanio Aviation Industry Institute. 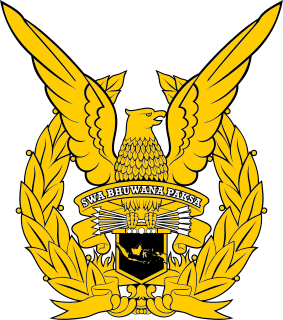 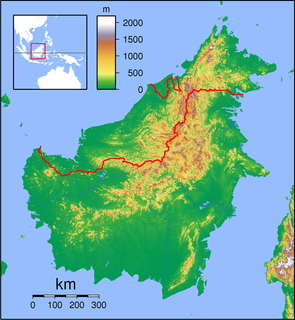 Datah Dawai Airport or Datah Dawai Airport is an airport in Long Lunuk, Long Pahangai, Mahakam Ulu Regency, East Kalimantan, Indonesia. The airport is the only airport in Mahakam Ulu, serving the only air service in the area. Susi Air has 1 daily flight from Datah Dawai to Samarinda, for a total of 12 seats daily. The airport was located near Kapuas River, the longest river in Borneo and the longest river in Indonesia. It was surrounded by high trees and green forest. 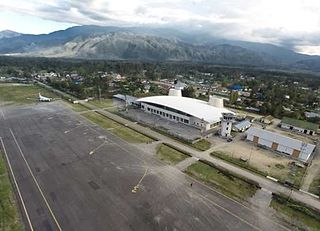 Wamena Airport, is an airport serving the town of Wamena, Jayawijaya Regency, Papua Province, Indonesia. The airport also serves the neighboring Lanny Jaya Regency and Tolikara Regency. It is currently the only airport in the highland region of Papua that can accommodate narrow-body aircraft such as the Airbus A320, Boeing 737 and C-130 Hercules. The airport also serves as the entry point to the Baliem Valley, where it is known for the Baliem Valley Cultural Festival which is held annually.

The Indonesian Presidential Aircraft, also known as Indonesia One with a serial number A-001 is the presidential aircraft carrying the president and vice president of Indonesia. The aircraft was designed to meet the specific safety and security standards to support the VVIP air transportation needs of the Indonesian president, and includes a high-end self-defense system. 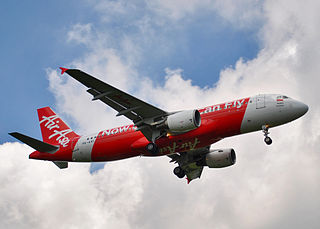 Indonesia AirAsia Flight 8501 was a scheduled international passenger flight operated by Indonesia AirAsia – an AirAsia Group affiliate – from Surabaya, Indonesia, to Singapore. On 28 December 2014, the Airbus A320 flying the route crashed into the Java Sea, killing all 162 people on board. When search operations ended in March 2015, only 106 bodies had been recovered. 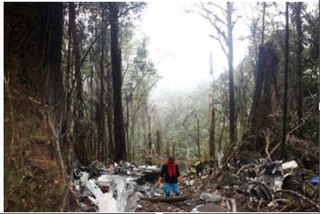 Trigana Air Flight 267 was a scheduled passenger flight from Sentani to Oksibil in the eastern Indonesian province of Papua. On 16 August 2015, the ATR 42 turboprop operating the service crashed on approach in the Bintang highlands region of Oksibil, killing all 49 passengers and 5 crew members.

Aviastar Flight 7503 was a regional flight from Masamba to Makassar, Indonesia. On 2 October 2015, the de Havilland Canada DHC-6 Twin Otter aircraft serving the route went missing with 10 on board near Palopo minutes after takeoff. There was no distress call from the plane.

Aviation in Indonesia serves as a critical means of connecting the thousands of islands throughout the archipelago. Indonesia is the largest archipelagic country in the world, extending 5,120 kilometres (3,181 mi) from east to west and 1,760 kilometres (1,094 mi) from north to south, comprising 13,466 islands, with 922 of those permanently inhabited. With an estimated population of over 255 million people — making it the world's fourth-most-populous country — and also due to the growth of the middle-class, the boom of low-cost carriers in the recent decade, and overall economic growth, many domestic travellers shifted from land and sea transport to faster and more comfortable air travel. Indonesia is widely regarded as an emerging market for air travel in the region. Between 2009 and 2014, the number of Indonesian air passengers increased from 27,421,235 to 94,504,086, an increase of over threefold.

This is a list of Equipment of the Indonesian Air Force currently in service, as well as former equipment.

The 2009 Aviastar British Aerospace 146 crash occurred on 9 April 2009, when a British Aerospace 146 crashed into Pikei Hill during a ferry flight from Sentani Airport to Wamena Airport, both in Indonesia's Papua province. Due to the force of the impact the aircraft was totally destroyed and all 6 crew members were killed. The aircraft was carrying voting paper to Wamena as well as several other goods, as a parliamentary election was held in the month. The wreckage was found in Pikei Hill, Tengah Mountain, Tangma, Yahukimo District. 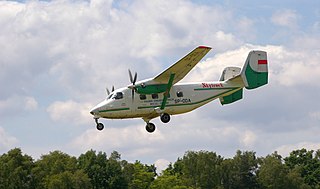 On 3 December 2016, a PZL M28 Skytruck of the Indonesian National Police disappeared above the South China sea while approaching Hang Nadim Airport in Riau Islands. The aircraft was conducting a flight from Depati Amir Airport in Pangkal Pinang, the capital of Bangka Belitung province. The aircraft was carrying three pilots and ten passengers with no survivors on the aircraft. A search and rescue team was assembled by the Indonesian National Search and Rescue Agency with assistance from Singapore. 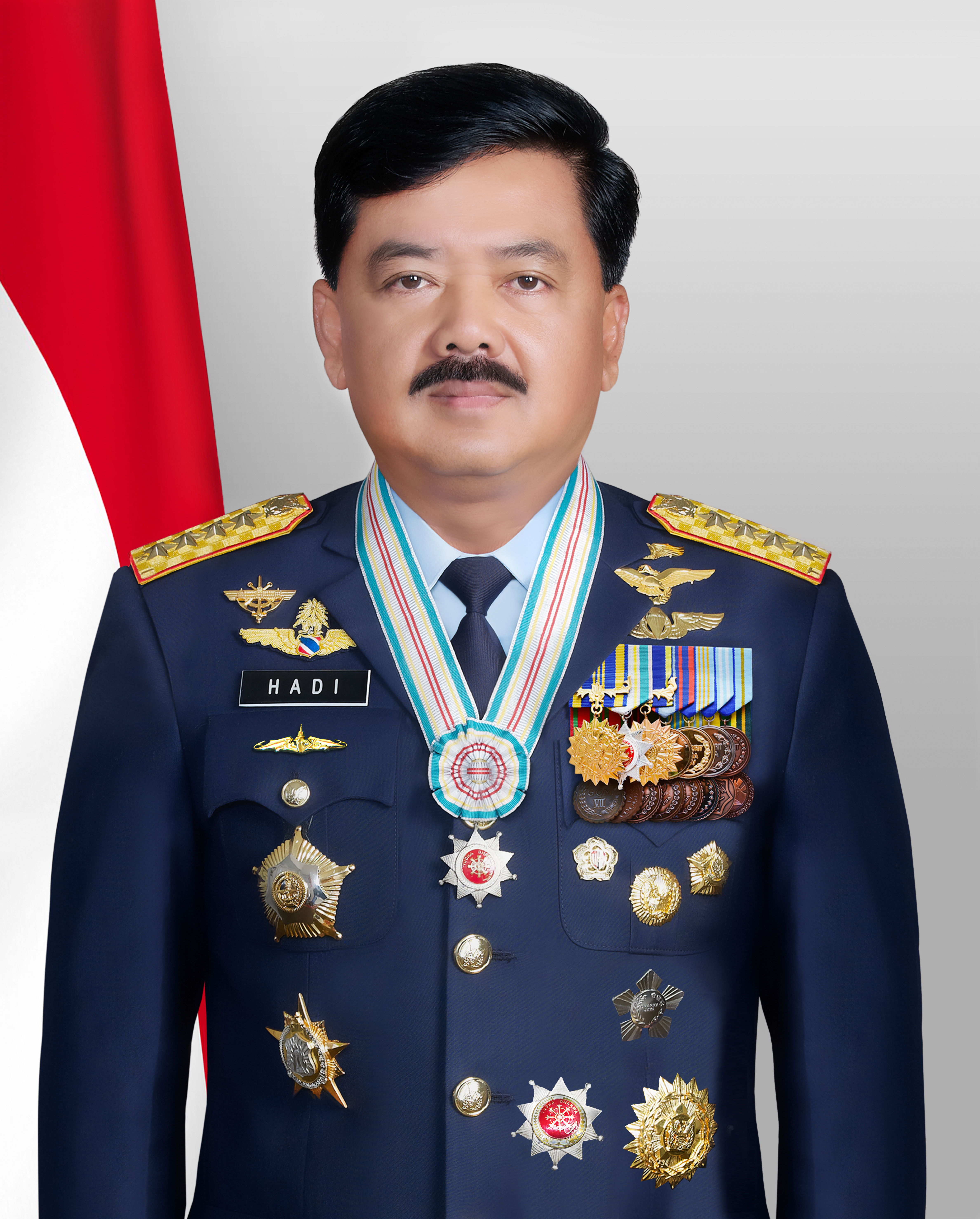 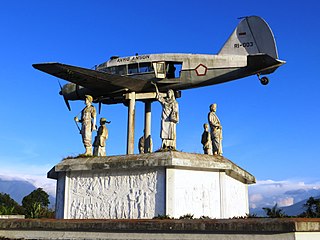 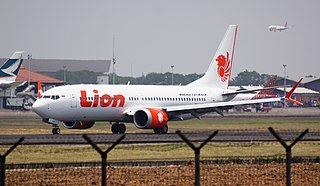