An aerophone ( /ˈɛəroʊfoʊn/ ) is a musical instrument that produces sound primarily by causing a body of air to vibrate, [1] without the use of strings or membranes (which are respectively chordophones and membranophones), and without the vibration of the instrument itself adding considerably to the sound (or idiophones). [2]

Additionally, very loud sounds can be made by explosions directed into, or being detonated inside of resonant cavities. Detonations inside the calliope (and steam whistle), as well as the pyrophone might thus be considered as class 42 instruments, despite the fact that the "wind" or "air" may be steam or an air-fuel mixture.[ citation needed ]

According to Ardal Powell, the flute is a simple instrument found in numerous ancient cultures. There are three legendary and archeologically verifiable birthplace sites of flutes: Egypt, Greece and India. Of these, the transverse flute (side blown) appeared only in ancient India, while the fipple flutes are found in all three. It is likely, states Powell, that the modern Indian bansuri has not changed much since the early medieval era.

Identifying the origin of the aerophone is difficult, though it is believed that Americans and their descendants developed the largest diversity of aerophones, and they are understood to have been the major non-vocal, melodic instruments of Native America. [5] Archaeological studies have found examples of globular flutes in ancient Mexico, Colombia and Peru, and multiple tubular flutes were common among the Maya and Aztec. The use of shells of Conches as an aerophone have also been found to be prevalent in areas such as Central America and Peru. [6]

Examples of aerophone type instruments in China can be dated back to the Neolithic period. Fragments of bone flutes can be found at the burial sites of the Jiahu settlements of ancient China, and they represent some of the earliest known examples of playable instruments. The instruments were typically carved from the wing bone of the red-crowned crane, and had five to eight holes. The flutes were efficient enough to produce sound in a nearly accurate octave, and are thought to have been used ceremonially or for ritualistic purposes. [7] [8] Examples of flutes made out of bamboo in China date back to 2nd Century BC. These flutes were known as Dizi's or simply Di (笛) and typically had 6 holes for playing melodies that were framed by scale-modes. [9]

Flutes including the famous Bansuri, have been an integral part of Indian classical music since 1500 BC. A major deity of Hinduism, Krishna, has been associated with the flute. [10] [11] Some early flutes were made out of tibias (shin bones). The flute has also always been an essential part of Indian culture and mythology, [12] and the cross flute is believed, by several accounts, to originate in India [13] [14] as Indian literature from 1500 BCE has made vague references to the cross flute. [15]

Free aerophones are instruments where the vibrating air is not enclosed by the instrument itself.

The air-stream is interrupted periodically.

Occasionally called "percussive aerophones", plosive aerophones are sounded by percussion caused by a single compression and release of air. [16] An example of a plosive aerophone is the "scraper flute" which has tubes with ridged or serrated edges so that they can be scraped with a rod to produce sound. [17] [18]

A flute is a type of aerophone, as is the Eunuch flute, also referred to as a mirliton. [3] A flute is an aerophone or reedless wind instrument that produces its sound from the flow of air across an opening, usually a sharp edge. According to the instrument classification of Hornbostel–Sachs, flutes are categorized as edge-blown aerophones. Aside from the voice, flutes are the earliest known musical instruments. A number of flutes dating to about 43,000 to 35,000 years ago have been found in the Swabian Alb region of Germany. These flutes demonstrate that a developed musical tradition existed from the earliest period of modern human presence in Europe. [20] [21]

A reed aerophone is a musical instrument that produces sound by the player's breath being directed against a lamella or pair of lamellae which periodically interrupt the airflow and cause the air to be set in motion. Reed aerophones can be further sub-divided into two distinct categories: single-reed and double-reed instruments. The former includes clarinets and saxophones, while examples of the latter are oboes and bassoons.

A brass aerophone is a musical instrument that produces sound by sympathetic vibration of air in a tubular resonator in sympathy with the vibration of the player's lips. Brass instruments are also called labrosones, literally meaning "lip-vibrated instruments". [22] There are several factors involved in producing different pitches on a brass instrument. Slides, valves, crooks, or keys are used to change vibratory length of tubing, thus changing the available harmonic series, while the player's embouchure, lip tension and air flow serve to select the specific harmonic produced from the available series. Unlike all other aerophones, brass instruments can be "muted", in other words, their sounds can be somewhat suppressed as one would use a silencer on a firearm. A variety of mutes exist for these instruments, ranging from those made of plastic to others made of metal, and in various shapes.

The folgerphone is a wind instrument. Like the saxophone it is classifiable as a woodwind rather than brass instrument despite being made of metal, because it has a reed. The folgerphone is a modern experimental instrument, using an alto sax mouthpiece, with copper tubing and a coffee can. The instrument is not commercially produced, but constructed by musicians, and need not use a genuine coffee can, but any sounding box made of metal. Although it uses a sax mouthpiece, it is a cylindrical-bore instrument, and thus part of the clarinet family, but is played with finger holes, like a recorder, rather than with keys like a saxophone or modern clarinet. In the Hornbostel–Sachs classification system, it is among the 422.211.2 subsection of reed aerophones. 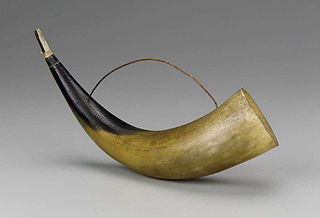 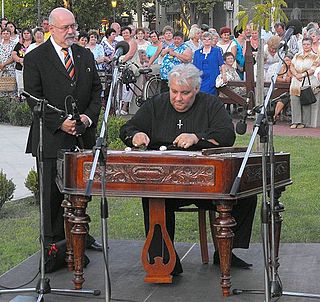 A wind quartet is an ensemble consisting of a mixture of brass and woodwind instruments, or music written for a combination of four such instruments. It is distinct therefore from the woodwind quartet, brass quartet, and quartets made up of a single instrument type, such as the saxophone quartet.