Anne LeBaron holds a B.A. in music from the University of Alabama (1974), an M.A. in music from the State University of New York at Stony Brook (1978), and a doctorate in music from Columbia University (1989), where she studied with Chou Wen-chung and Mario Davidovsky. As a Fulbright Scholar in 1980–81, she studied with Mauricio Kagel and György Ligeti ( Edwards 2001 ). LeBaron has also studied Korean traditional music at The National Center for Korean Traditional Performing Arts in Seoul (1983) ( [LeBaron] n.d. ). Although trained in piano from childhood, she took up the harp in college; in 1974 and 1976, she studied privately with Alice Chalifoux at the Salzedo Harp Colony.

LeBaron served as composer-in-residence in Washington, DC, sponsored by Meet the Composer from 1993 until 1996 ( Edwards 2001 ). She was assistant professor of music at the University of Pittsburgh from 1996 to 2000. Beginning in 2001,[ citation needed ] she was appointed Professor of Music at the California Institute of the Arts, where she has held the Roy E. Disney Family Chair in Musical Composition since 2013. Her awards include an ASCAP Foundation Grant and a BMI Student Composer Award (1979), the GEDOK International Prize in Mannheim (1982), a Guggenheim Fellowship (1991–1992), the Alpert Award in the Arts (1996–1997), a Cultural Exchange International Grant in 2009 from the City of Los Angeles Department of Cultural Affairs for The Silent Steppe Cantata (2011), and the Toulmin Grant from Opera America (2014).

LeBaron's composition in instrumental, electronic, and performance realms embraces a wide range of media and styles. Frequently combining tonal and atonal techniques, she has utilized elements of blues, jazz, pop, rock, and folk music in such scores as the opera The E & O Line (1993), American Icons (1996) for orchestra, and Traces of Mississippi (2000) for chorus, orchestra, poet narrators, and rap artists. She has also used American literary sources with Devil in the Belfry (1993) for violin and piano, inspired by Edgar Allan Poe, and the Gertrude Stein setting Is Money Money (2000) for soprano and chamber ensemble. Among her multi-cultural compositions are Lamentation/Invocation (1984) for baritone and three instruments, using Korean-derived gestures and long sustained tones for the voice; Noh Reflections (1985) for string trio, which draws upon the music of Japanese Noh theater; Breathtails (2012) for baritone, string quartet, and Japanese shakuhachi; and her large-scale celebration of Kazakhstan, The Silent Steppe Cantata for tenor, women's chorus, and an orchestra of traditional Kazakh instruments.

Writing about LeBaron's 1989 Telluris Theoria Sacra (for flute/piccolo, clarinet/bass clarinet, violin, viola, cello, percussion, and piano), musicologist Susan McClary notes that the work "...points to LeBaron's more pervasive interest in music's ability to mold temporality, immersing the listener in a sound world in which time bends, stands still, dances, or conforms to the mechanical measure of the clock" ( Lochhead 2007 ).

Theater has played an important role in LeBaron's music, with such scores as Concerto for Active Frogs (1974) for voices, three instruments, and tape, and the harp solos I Am an American ... My Government Will Reward You (1988) and Hsing (2002). She has also composed a series of monodramas for female voice and chamber musicians: Pope Joan (2000), Transfiguration (2003), Sucktion (2008), and Some Things Should Not Move (2013). LeBaron's operas The E & O Line, Croak (The Last Frog) (1996), and Wet (2005) were all collaborative works that led her to develop the genre she terms "hyperopera": "an opera resulting from intensive collaboration across all the disciplines essential for producing opera in the 21st century – in a word, a 'meta-collaborative' undertaking" ( LeBaron 2012 ).

With her hyperopera Crescent City (2012, libretto by Douglas Kearney), LeBaron went a step beyond the nineteenth-century concept of the Gesamtkunstwerk (the united/total/universal artwork that synthesized architecture, scenic painting, singing, instrumental music, poetry, drama, and dance), championed by Richard Wagner. A more lateral, inclusive, and intensive collaboration of artists occurs with hyperopera, breaking down the usual hierarchical structures of traditional opera, which define and limit the roles of individuals on creative and production teams. The genre of hyperopera involves the collaborations of a diverse group of artists that can portray a variety of meanings or realities ( Swed 2012 ) harv error: no target: CITEREFSwed2012 (help). In the postmodern tradition of redefining opera, also seen in the work of Robert Ashley, Meredith Monk, and Robert Wilson, LeBaron replaced the Wagnerian orchestra with smaller and more specialized forces of instruments and electronic sound for Crescent City, with musicians who move readily among stylistic genres, just as the vocalists do. The opera's theatrical action is refracted through a prism of video work, lighting effects, and performance freedoms and simultaneities. For its world premiere production in Los Angeles in 2012, Crescent City also engaged six visual artists to participate in the collaborative process by designing and building set pieces as various locales in the opera.

As an improviser LeBaron employs a wide array of extended techniques for the harp, including preparing the harp (similar to John Cage's prepared piano) and bowing the strings, as well as a variety of electronic enhancements. Her development of a new performance vocabulary for the instrument began in the early 1970s, when she played in the Alabama improvising ensemble Trans Museq along with Davey Williams and LaDonna Smith. Her career as an improviser has included performance collaborations with such creative composer/musicians as Anthony Braxton, Muhal Richard Abrams, Evan Parker, George E. Lewis, Derek Bailey, Leroy Jenkins, Lionel Hampton, and Shelley Hirsch. LeBaron's double-CD 1, 2, 4, 3 (Innova 236, 2010) features collaborations with thirteen different musicians in solo, duo, quartet, and trio configurations.

Mario Davidovsky was an Argentine-American composer. Born in Argentina, he emigrated in 1960 to the United States, where he lived for the remainder of his life. He is best known for his series of compositions called Synchronisms, which in live performance incorporate both acoustic instruments and electroacoustic sounds played from a tape. 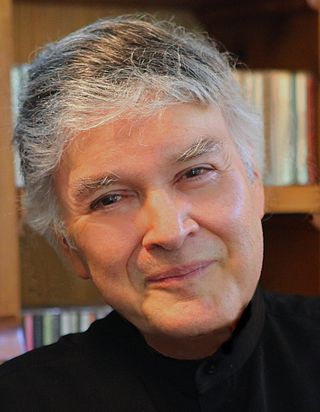 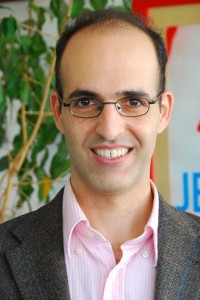 Marc-André Dalbavie is a French composer. He had his first music lessons at age 6. He attended the Conservatoire de Paris, where he studied composition with Marius Constant and orchestration with Pierre Boulez. In 1985 he joined the research department of IRCAM where he studied digital synthesis, computer assisted composition and spectral analysis. In the early 1990s he moved to Berlin. Currently he lives in the town of St. Cyprien and teaches orchestration at the Conservatoire de Paris. 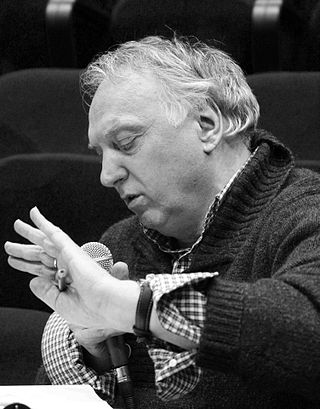 Andrew Staniland is a Canadian composer and guitarist. He is currently a professor of Composition and Electronic Music at the Memorial University of Newfoundland.