Basilica of the Sacred Heart of Jesus, Conewago

The Basilica was built between 1785 and 1787, and is constructed of brownstone with three-foot-thick walls. It measures ​2 1⁄2 stories high, three bays wide and five bays deep. It features a Federal style entrance with a semi-circular arched doorway and an 80-foot-high spire, added in 1873. Attached to the chapel is a three-story rectory, also built in 1787. It is the oldest Roman Catholic church constructed of stone in the United States. Prince Gallitzin spent the first five years of his priesthood at Conewago Chapel from 1795 to 1799. [3]

The following priests have served as pastor of the church: [5]

The Cathedral Basilica of St. Joseph is a large Roman Catholic church in Downtown San Jose, which serves as the cathedral for the Roman Catholic Diocese of San Jose in California, with the distinction of minor basilica. 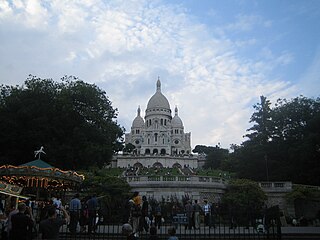 Basilica of the Sacred Heart may refer to one of several basilicas:

Michael Francis Egan was an Irish, later American, prelate of the Roman Catholic Church. He was born in Ireland in 1761, and joined the Franciscan Order at a young age. He served as a priest in Rome, Ireland, and Pennsylvania and became known as a gifted preacher. In 1808, Egan was appointed the first Bishop of Philadelphia, and held that position until his death in 1814. Egan's tenure as bishop saw the construction of new churches and the expansion of the Catholic Church membership in his diocese, but much of his time was consumed by disputes with the lay trustees of his pro-cathedral, St. Mary's Church in Philadelphia. He died in Philadelphia, probably of tuberculosis, in 1814.

Prince Demetrius Augustine Gallitzin was an emigre Russian aristocrat and Catholic priest known as The Apostle of the Alleghenies. Since 2005, he has been under consideration for possible canonization by the Catholic Church. His current title is Servant of God.

Sacred Heart Cathedral, located in Davenport, Iowa, United States, is a Catholic cathedral and a parish church in the Diocese of Davenport. The cathedral is located on a bluff overlooking the Mississippi River to the east of Downtown Davenport. It is listed on the National Register of Historic Places as part of the Sacred Heart Roman Catholic Cathedral Complex. This designation includes the church building, rectory, and the former convent, which was torn down in 2012. The cathedral is adjacent to the Cork Hill Historic District, also on the National Register. Its location on Cork Hill, a section of the city settled by Irish immigrants, gives the cathedral its nickname Cork Hill Cathedral.

The Basilica of the Sacred Heart in Notre Dame, Indiana, USA, is a Roman Catholic church on the campus of the University of Notre Dame, also serving as the mother church of the Congregation of Holy Cross (C.S.C.) in the United States. The neo-gothic church has 44 large stained glass windows and murals completed over a 17-year period by the Vatican painter Luigi Gregori. The basilica bell tower is 230 feet (70 m) high, making it the tallest University chapel in America. It is a contributing building in Notre Dame's historic district listed on the National Register of Historic Places. The Basilica is a major tourist attraction in Northern Indiana, and is visited annually by more than 50,000 tourists. 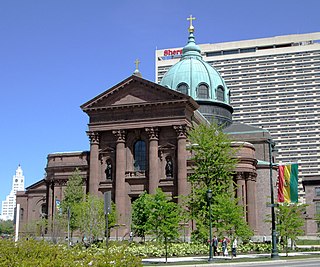 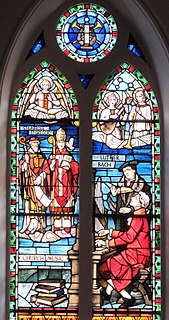 Franz Mayer of Munich is a German stained glass design and manufacturing company, based in Munich, Germany, that has been active throughout most of the world for over 160 years. The firm was very popular during the late nineteenth and early twentieth century, and was the principal provider of stained glass to the large Roman Catholic churches that were constructed throughout the world during that period. Franz Mayer and Co. were stained glass artists to the Holy See and consequently were popular with Roman Catholic clients. 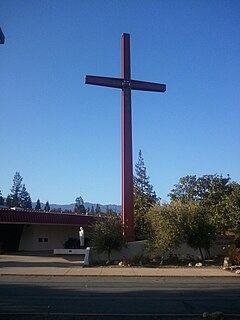 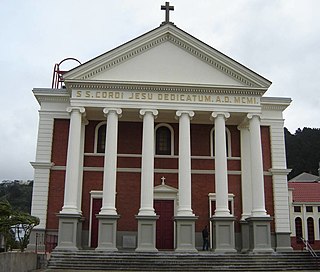 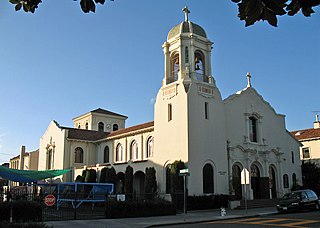 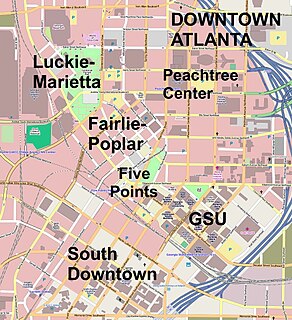 Church of Our Saviour is a Roman Catholic parish church in the Roman Catholic Archdiocese of New York, located at 59 Park Avenue and 38th Street in Manhattan, New York City. The parish was established in 1955 and the church was constructed from 1957 to 1959. 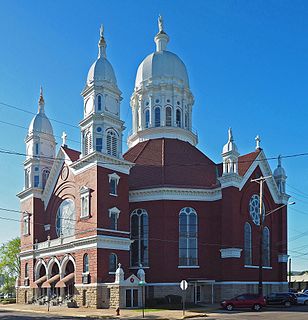 The Basilica of Saint Stanislaus Kostka is a historic church of the Roman Catholic Diocese of Winona in Winona, Minnesota, United States, and a prominent fixture on the city's skyline. Within the diocese it is better known as Saint Stan's. It was listed on the National Register of Historic Places in 1984 as Church of St. Stanislaus–Catholic and was designated as a Minor Basilica of the Roman Catholic Church on November 10, 2011 by Pope Benedict XVI.

The St. Joseph's Church Complex is a collection of historic buildings located in Fort Madison, Iowa, United States. At one time the complex housed a Catholic parish in the Diocese of Davenport. St. Joseph and St. Mary of the Assumption parishes merged in the 1990s to form Saints Mary and Joseph Parish. In 2007 when that parish merged with Sacred Heart on the west side to form Holy Family Parish, St. Joseph's Church was closed. The former church, chapel, rectory, convent, and school were included as contributing properties in the Park-to-Park Residential Historic District that was listed on the National Register of Historic Places in 2014. 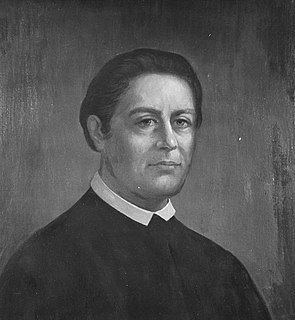 John William Beschter was a Catholic priest and Jesuit from the Duchy of Luxembourg in the Austrian Netherlands. He emigrated to the United States as a missionary in 1807, where he ministered in rural Pennsylvania and Maryland. Beschter was the last Jesuit pastor of St. Mary's Church in Lancaster, as well as the pastor of St. John the Evangelist Church in Baltimore, Maryland. He was also a priest at several other German-speaking churches in Pennsylvania.