Last updated August 17, 2021
This article is about the 2012 TV series. For other uses, see Beauty and the Beast (disambiguation).

Catherine Chandler witnessed her mother's murder and was almost killed herself until someone—or something—saved her. After nine years, now working as a detective for the NYPD, a case leads her to Vincent Keller, an ex-soldier believed to have been killed in action during military service, who is actually alive. As Catherine comes to know him, she finds out more about her mother's murder and about who—and what—Vincent really is.

"What's beauty and what's beast? There are both of those things in all of us."

The CW officially began developing the series in September 2011. The project was described as "a modern-day romantic love story with a procedural twist," unlike the original series which was a romantic drama with mystery and suspense elements. The show is the first project that Mark Pedowitz developed when he joined the network. [3]

Casting announcements began in February 2012, when Kristin Kreuk was first cast in the lead role of Catherine Chandler. [17] Austin Basis was then cast in the role of J.T. Forbes, Vincent's best friend. [18] Nina Lisandrello and Nicole Gale Anderson were then added to the cast, with Lisandrello landing the role of Tess Vargas, Catherine's partner and best friend. Anderson signed on to the recurring role of Heather Chandler, Catherine's younger sister. [19] Jay Ryan joined the series in the second lead role, Vincent Keller (the character was originally called Vincent Koslow, though in the original series, Vincent had no last name). [20] Max Brown signed on for the role of Dr. Evan Marks, a medical examiner who has feelings for Catherine. [21] Brian White was the last actor to sign onto the series. White joined in the role of Joe Bishop, Catherine and Tess' commanding officer at the NYPD, who becomes romantically involved with Tess. White's character of Joe Bishop was not included in the second season of the series; the story line was that Bishop lost his job because he focused too much attention on finding the killer of his brother instead of performing his duties. [22]

Beauty & the Beast has received negative reviews from critics. The review aggregator website Rotten Tomatoes reported a 21% approval rating with an average rating of 3.4/10 based on 33 reviews for the first season. The website's consensus reads, "A thoroughly middling romantic fantasy series, Beauty and the Beast suffers from a silly premise, mediocre writing, and bland characterization." [23] The series was given a 33 out of 100 score on Metacritic, indicating "generally unfavorable" reviews from 19 critics. [24] Kyle Anderson of Entertainment Weekly gave the pilot of Beauty & the Beast a C- grade, stating that it lacks the same charm that the 1980s drama had, and that 'The Beast' is more of a Hulk rather than an actual beast. [25] David Wiegand of the San Francisco Chronicle called the series an "overheated, badly written, wretchedly acted and unconvincing drama, which makes mincemeat out of the traditional beauty and the beast fairy tale." [26] Mary McNamara of the Los Angeles Times also made similar observations but praised Nina Lisandrello who still remains as the only cast member in the show to ever receive a positive review. About Lisandrello, McNamara wrote "the only point of light is provided by Catherine's partner, Tess, who, as played with great common-sense appeal by Nina Lisandrello, clearly deserves to be on a better show." [27] More mixed but slightly favorable reviews were provided by David Hinckley of the New York Daily News , who said the series was "such a natural it's downright devilish" [28] and Neil Genzlinger of The New York Times , who stated the "girl-power themes will probably play well to the network's core audience." [29]

TVGN aired the first four episodes of the second season of the show back to back from May 11, 2014. This was the first syndication style broadcast of the show in the United States. The first four seasons have also been released to stream on Netflix in some regions [40] and made available to purchase on iTunes.

A series of tie-in novels, written by Nancy Holder, have been published through Titan Books.

The Vampire Diaries, an American supernatural drama, was renewed for a fourth season by the U.S. channel The CW on May 3, 2012, seven days before the third season's finale. Unlike the previous seasons that aired in September, it premiered on October 11, 2012, to avoid competition from major television shows. Season 4 consisted of 23 episodes instead of the usual 22 episodes. 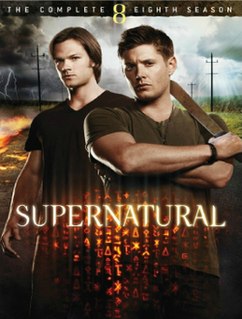 The eighth season of Supernatural, an American dark fantasy television series created by Eric Kripke, premiered October 3, 2012, and concluded on May 15, 2013, airing 23 episodes. It is the first season headed by Jeremy Carver as executive producer and showrunner. It aired on Wednesdays at 9:00 pm (ET) on The CW. The season was released on DVD and Blu-ray in region 1 on September 10, 2013, in region 2 on October 28, 2013, and in region 4 on September 25, 2014. The eighth season had an average viewership of 2.12 million U.S. viewers. In the season, Dean reunites with Sam after escaping from Purgatory and team up with the prophet, Kevin, to complete a series of trials that'll allow them to close the gates of Hell for good. 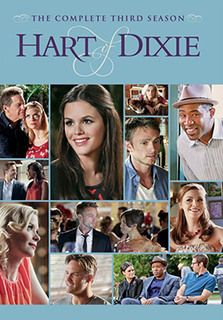 The third season of Hart of Dixie, an American television series, was originally broadcast in the United States on The CW from October 7, 2013, to May 16, 2014. It was produced by CBS Television Studios. Hart of Dixie was renewed for a fourth season on May 8, 2014.

The eleventh season of Two and a Half Men premiered on CBS on September 26, 2013, and ended on May 8, 2014. This season marks another major change in the series as Amber Tamblyn joins the cast as Jenny, Charlie's illegitimate daughter. Tamblyn was promoted to series regular on October 2, 2013. This season is also the first and only season not to feature Angus T. Jones, who portrayed Jake Harper during the first ten seasons. He would return the following season as a guest star in the show's final episode.

The first season of Beauty & the Beast, an American television series developed by Sherri Cooper-Landsman and Jennifer Levin and very loosely inspired by the 1987 CBS television series of the same name, commenced airing in the United States on October 11, 2012, concluded May 16, 2013, and consisted of 22 episodes. 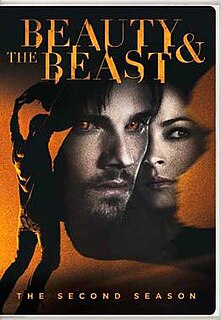 The second season of Beauty & the Beast, an American television series developed by Sherri Cooper-Landsman and Jennifer Levin and very loosely inspired by the 1987 CBS television series of the same name, commenced airing in the United States on October 7, 2013, concluded July 7, 2014, and consisted of 22 episodes.

The third season of Beauty & the Beast consisted of 13 episodes. It aired in the United States on The CW starting June 11, 2015.

The third season of the American television drama series Mistresses premiered on June 18, 2015, on ABC. The series is based on the UK series of the same name and was adapted by K. J. Steinberg, it stars Yunjin Kim, Rochelle Aytes, Jes Macallan and Jennifer Esposito as the four lead characters. 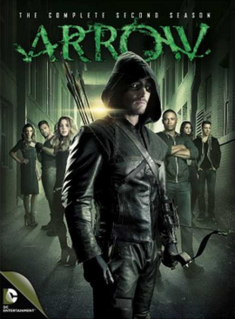 The second season of the American television series Arrow premiered on The CW on October 9, 2013, and concluded on May 14, 2014, with a total of 23 episodes. The series is based on the DC Comics character Green Arrow, a costumed crime-fighter created by Mort Weisinger and George Papp, and is set in the Arrowverse, sharing continuity with other Arrowverse television series. The showrunners for this season were Greg Berlanti, Marc Guggenheim and Andrew Kreisberg. Stephen Amell stars as Oliver Queen, with principal cast members Katie Cassidy as Laurel Lance, David Ramsey as John Diggle, Willa Holland as Thea Queen, Susanna Thompson as Moira Queen, and Paul Blackthorne as Quentin Lance returning from the previous season. They are joined by Emily Bett Rickards as Felicity Smoak, Colton Haynes as Roy Harper and Manu Bennett as Slade Wilson, who were promoted to series regulars from their recurring status in the previous season. 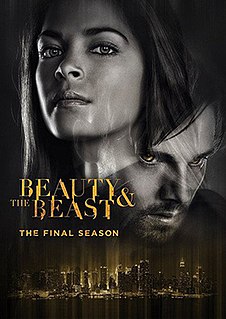 The fourth and final season of Beauty & the Beast consists of 13 episodes. It premiered in the United States on The CW on June 2, 2016.