The California Surf was a soccer club based in Anaheim, California who played in the North American Soccer League from 1978 to 1981. [1] Their home field was Anaheim Stadium. They played two seasons of indoor soccer, one each at the Anaheim Convention Center [2] and the Long Beach Arena. [3]

They originally were the St. Louis Stars. The Surf had a strong British influence under the direction of coach John Sewell including future Arsenal manager, George Graham. However, notable Brazilian internationals Carlos Alberto Torres and Caju both appeared for the club in 1981.

Carlos Alberto "Capita" Torres, also known as "O Capitão do Tri", was a Brazilian football player and manager who played as an attacking right-sided full-back or wing-back. A technically gifted defender with good ball skills and defensive capabilities, he is widely regarded as one of the best defenders of all time. He also stood out for his leadership, and was an excellent penalty taker. Nicknamed O Capitão, he captained the Brazil national team to victory in the 1970 World Cup, scoring the fourth goal in the final, considered one of the greatest goals in the history of the tournament. 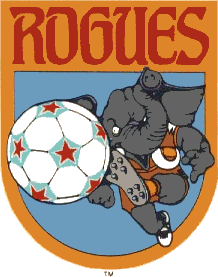 The Memphis Rogues were a professional soccer team in the former North American Soccer League. They operated in the 1978, 1979, and 1980 seasons and played their home games in Memphis' Liberty Bowl Memorial Stadium. They also played indoor soccer at the Mid-South Coliseum during the 1979–80 season.

The San Diego Sockers were a soccer and indoor soccer team based in San Diego, California. The team played in the indoor and outdoor editions of the North American Soccer League (NASL) until 1984 as well as the original Major Indoor Soccer League and CISL. The franchise folded in 1996 and was the last surviving NASL franchise.

The Tulsa Roughnecks (1978–1984) were a North American Soccer League (NASL) team from Tulsa, Oklahoma. It played its home games at Skelly Stadium on the campus of the University of Tulsa. The team, previously Team Hawaii, moved to Tulsa after the 1977 season. Team founder and General Manager of the 1983 Tulsa Roughnecks Noel Lemon united one of the lowest budget teams and salary payouts to all franchises in NASL resulting in a NASL championship in 1983 Soccer Bowl in Vancouver BC with a 2–0 Tulsa defeating Toronto.

The Dallas Tornado was a soccer team based in Dallas, Texas that played in the North American Soccer League (NASL) from 1967 to 1981. Of the twelve teams that comprised the US in 1967, the Tornado franchise played the longest–15 seasons.

The Detroit Express was a soccer team based in suburban Detroit that played in the now defunct North American Soccer League (NASL) from 1978 to 1980. Its home field was the Pontiac Silverdome. The Express were co-owned by Roger Faulkner and by famed English soccer pundit Jimmy Hill who was also the managing director and chairman of the English club Coventry City. The team was coached by Ken Furphy.

The Edmonton Drillers were a North American Soccer League team that played both outdoors and indoors from 1979 to 1982, at the peak of the league's success. The team was brought to Edmonton by local entrepreneur and Edmonton Oilers owner Peter Pocklington, after witnessing the strong support for Brian Rice's Edmonton Black Gold team in 1978. Previous to playing in Edmonton, the team was known as the Oakland Stompers, Hartford Bicentennials and Connecticut Bicentennials.

The St. Louis Stars were a soccer team based in St. Louis, Missouri that played in the original North American Soccer League from 1968 to 1977. The Stars were known for playing mostly American players, many from the St. Louis area, in contrast to other NASL teams' reliance on foreign players. The team moved to Anaheim in 1978 and became the California Surf.

Giorgio Chinaglia was an Italian footballer who played as a striker. He grew up and played his early football in Cardiff, Wales, and began his career with Swansea Town in 1964. He later returned to Italy to play for Massese, Internapoli and S.S. Lazio in 1969. Chinaglia led Lazio to the club's first league championship in the 1973–74 season, during which he was also the league's leading scorer. He played international football for Italy, making 14 appearances and scoring 4 goals between 1972 and 1975, including two appearances at the 1974 FIFA World Cup. Chinaglia was the first player in Italian football history to be called up internationally from the second division.

Edwin Ronald "Eddie" Firmani is a retired footballer and manager. A former forward, he was born in South Africa, but represented Italy internationally.

Johnny Moore is a former Scottish-U.S. soccer player who spent several years in the North American Soccer League and Major Indoor Soccer League. He has also served in various administrative positions, including general manager of the San Jose Earthquakes of Major League Soccer. Moore also earned eleven caps with the U.S. national team. In 1997, he was inducted into the National Soccer Hall of Fame.

The Seattle Sounders were a U.S. professional soccer team based in Seattle, Washington. Founded in 1974, the team belonged to the North American Soccer League where it played both indoor and outdoor soccer. The team folded after the 1983 NASL outdoor season.

Christopher George Dangerfield is an English former footballer who spent most of his career in the United States. 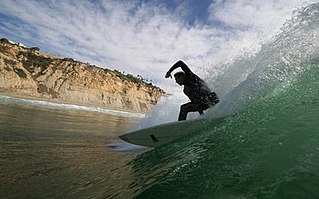