Many other categories (such as the category of groups, with group homomorphisms as arrows) add structure to the objects of the category of sets and/or restrict the arrows to functions of a particular kind.

Properties of the category of sets

The axioms of a category are satisfied by Set because composition of functions is associative, and because every set X has an identity function idX : X → X which serves as identity element for function composition.

The empty set serves as the initial object in Set with empty functions as morphisms. Every singleton is a terminal object, with the functions mapping all elements of the source sets to the single target element as morphisms. There are thus no zero objects in Set.

The category Set is complete and co-complete. The product in this category is given by the cartesian product of sets. The coproduct is given by the disjoint union: given sets Ai where i ranges over some index set I, we construct the coproduct as the union of Ai×{i} (the cartesian product with i serves to ensure that all the components stay disjoint).

Set is the prototype of a concrete category; other categories are concrete if they are "built on" Set in some well-defined way.

Every two-element set serves as a subobject classifier in Set. The power object of a set A is given by its power set, and the exponential object of the sets A and B is given by the set of all functions from A to B. Set is thus a topos (and in particular cartesian closed and exact in the sense of Barr).

Set is not abelian, additive nor preadditive.

If C is an arbitrary category, the contravariant functors from C to Set are often an important object of study. If A is an object of C, then the functor from C to Set that sends X to HomC(X,A) (the set of morphisms in C from X to A) is an example of such a functor. If C is a small category (i.e. the collection of its objects forms a set), then the contravariant functors from C to Set, together with natural transformations as morphisms, form a new category, a functor category known as the category of presheaves on C.

Foundations for the category of sets

of all hereditarily finite sets) is not implied by the usual ZF axioms; it is an additional, independent axiom, roughly equivalent to the existence of strongly inaccessible cardinals. Assuming this extra axiom, one can limit the objects of Set to the elements of a particular universe. (There is no "set of all sets" within the model, but one can still reason about the class U of all inner sets, i.e., elements of U.)

In one variation of this scheme, the class of sets is the union of the entire tower of Grothendieck universes. (This is necessarily a proper class, but each Grothendieck universe is a set because it is an element of some larger Grothendieck universe.) However, one does not work directly with the "category of all sets". Instead, theorems are expressed in terms of the category SetU whose objects are the elements of a sufficiently large Grothendieck universe U, and are then shown not to depend on the particular choice of U. As a foundation for category theory, this approach is well matched to a system like Tarski–Grothendieck set theory in which one cannot reason directly about proper classes; its principal disadvantage is that a theorem can be true of all SetU but not of Set.

Various other solutions, and variations on the above, have been proposed. [1] [2] [3]

In category theory, a branch of mathematics, group objects are certain generalizations of groups that are built on more complicated structures than sets. A typical example of a group object is a topological group, a group whose underlying set is a topological space such that the group operations are continuous.

In category theory, a branch of mathematics, an enriched category generalizes the idea of a category by replacing hom-sets with objects from a general monoidal category. It is motivated by the observation that, in many practical applications, the hom-set often has additional structure that should be respected, e.g., that of being a vector space of morphisms, or a topological space of morphisms. In an enriched category, the set of morphisms associated with every pair of objects is replaced by an object in some fixed monoidal category of "hom-objects". In order to emulate the (associative) composition of morphisms in an ordinary category, the hom-category must have a means of composing hom-objects in an associative manner: that is, there must be a binary operation on objects giving us at least the structure of a monoidal category, though in some contexts the operation may also need to be commutative and perhaps also to have a right adjoint. 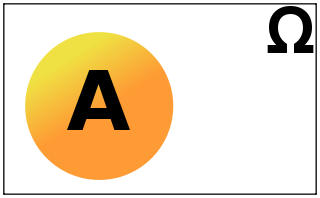 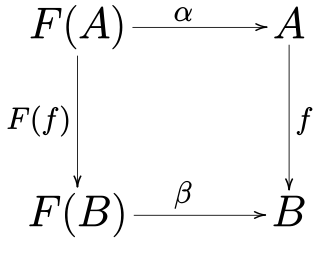 The theory of accessible categories is a part of mathematics, specifically of category theory. It attempts to describe categories in terms of the "size" of the operations needed to generate their objects.