Christopher Austin Lynn (born 10 April 1990) is an Australian cricketer. He is a right-handed batsman who plays for Queensland in Australian domestic cricket. Lynn was born in Brisbane,Queensland,and attended St Joseph's Nudgee College and the Queensland Academy of Sport. He is known for being an explosive batsman capable of hitting big sixes.

When not on professional duties,Lynn plays senior cricket for Toombul District Cricket Club in Brisbane. [1]

He was a part of the Deccan Chargers team during the 2011 and 2012 Indian Premier League (IPL) tournaments but only got to play one match for the team in IPL 2012. For the 2014,season he was signed by the Kolkata Knight Riders and in his first match he was the man of the match,scoring 45 off 31 balls and taking a brilliant catch near the boundary to dismiss AB de Villiers that turned the game in the final over. [9] In IPL 2015,he was retained by the Kolkata Knight Riders but he got injured and was ruled out of the tournament. Johan Botha came in as a replacement. [10] He hit a career best 19-ball 50 as opener of Kolkata Knight Riders vs Gujarat Lions in IPL 2017 in which he hit 8 sixes . In the following match against the Mumbai Indians,he injured his shoulder while attempting to take a tough catch of Jos Buttler. He returned 1 month later and smashed a 22 ball 50 in his comeback match against Royal Challengers Bangalore,where he and Sunil Narine (54 off 17) smashed 105 runs in the first 6 overs. It is the most runs scored by a team in the Powerplay in IPL history. [11] He continued his good form by scoring 84 in the next match,although unfortunately in a losing cause. He finished the season with a staggering strike rate of over 180,and despite missing most of the season,was one of the most important players for the Kolkata Knight Riders. He was released by the Kolkata Knight Riders ahead of the 2020 IPL auction. [12] In the 2020 IPL auction,he was bought by the Mumbai Indians ahead of the 2020 Indian Premier League. [13]

On 9 February 2015,he scored an unbeaten 250 against Victoria,in the Sheffield Shield. [14] [15] On 29 December 2015,scored his first T20 century. Playing for Brisbane Heat in the Big Bash League hit 101 off 51 deliveries against the Hobart Hurricanes. He ended the season as the competition's leading run scorer,scoring three half centuries on top of his century,ending the tournament with 378 runs at an average of 54.00. He was named the player of the tournament. [16]

Lynn's form continued in the next edition of the Big Bash League,ending the season as the player of the tournament despite playing just five matches. He scored an unbeaten 85 against Sydney Thunder on 28 December 2016,an unbeaten 84 against Hobart Hurricanes two days later and 98 not out against the Perth Scorchers on 5 January 2017,an innings which contained 11 sixes. Once again,Lynn was named player of the tournament,scoring 309 runs at an average of 154.50. [17]

In the following season,Lynn was restricted by injury,playing just the five matches and scoring 148 runs at 37.00. [18]

Lynn was fit enough to play the entire season of the 2018-19 Big Bash League,ending the season as the Heat's leading run scorer with 385 runs at an average of 35.00.

In July 2019,he was selected to play for the Edinburgh Rocks in the inaugural edition of the Euro T20 Slam cricket tournament. [28] [29] However,the following month the tournament was cancelled. [30]

At 2018 PSL players draft,he was picked by Lahore Qalandars as their platinum pick. [31] However,shoulder injury made him unavailable for the entire season. [32] He was replaced by South Africa's Kyle Abbott. [33]

In December 2019,he was again drafted by Lahore Qalandars as their Platinum Category round pick at the 2020 PSL draft for the fifth season,played entirely in Pakistan for the first time. [34] He was team's leading and overall the second highest runs-getter of the season,with 284 runs in 8 innings,including a knock of 113 not out (his best T20 score,until date) during team's last group stage match against Multan Sultans, [35] which helped Qalandars to qualify for the play-offs for the first time in their history. [36]

Chris Lynn is a hard hitting batsman who is known for his extraordinary hitting and explosive power. [41] He is able to consistently hit sixes over 90 metres. During a game in the Big Bash League,playing for the Brisbane Heat,Lynn hit a ball from former Australian fast bowler Shaun Tait onto the roof of The Gabba. [42] Lynn set a new record with his explosive knock hitting 91 runs from 30 balls playing for Maratha Arabians against Abu Dhabi in T10 league.

Christopher Henry Gayle,OD is a Jamaican cricketer who has been playing international cricket for the West Indies since 1999. Nicknamed “the Universe Boss”,Gayle is widely regarded as one of the greatest and most destructive batsmen to have played Twenty20 cricket,and by some as the best ever. He played a crucial role in the West Indies teams that won 2004 ICC Champions Trophy,2012 ICC World Twenty20 and 2016 ICC World Twenty20. 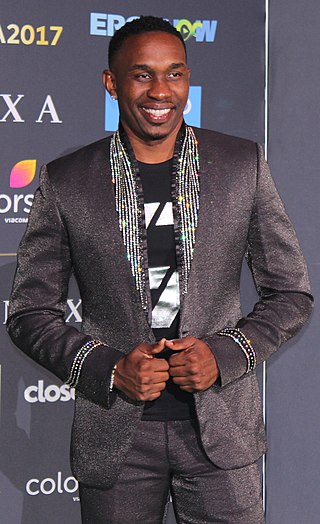 Dwayne John Bravo is a Trinidadian cricketer and a former captain of the West Indies cricket team. A genuine right arm seam bowling all-rounder,Bravo is well known for his aggressive lower-order batting and for his bowling in the final overs of a match. During his prime,he was regarded as one of the best death bowlers in T20 Cricket. He also performs as a singer. 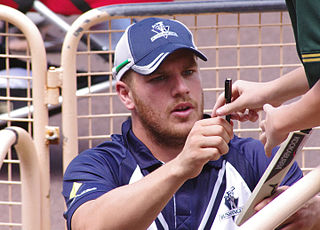 Aaron James Finch is an Australian international cricketer who captains the Australian cricket team in T20I and formerly captained the national team in ODI cricket. Finch currently holds the record for two of the three highest individual scores in Twenty20 Internationals (T20I),his score of 172 against Zimbabwe in July 2018 beating his previous record of 156 against England in 2013. In July 2018,he became the first player to reach 900 rating points on the official International Cricket Council (ICC) T20I rankings. He made his Test debut for Australia in October 2018. He is also a part time commentator with Fox Cricket and Triple M.

Moisés Constantino Henriques is a Portugal-born Australian professional cricketer who plays for Australia,New South Wales and the Sydney Sixers. An all-rounder,he is the first cricketer born in Portugal to play for Australia in an international match.

Colin Alexander Ingram is a South African cricketer who currently plays for Glamorgan. He represented South Africa in One Day (ODI) and Twenty20 Internationals (T20I) between 2010 and 2013,scoring a century on his ODI debut against Zimbabwe. 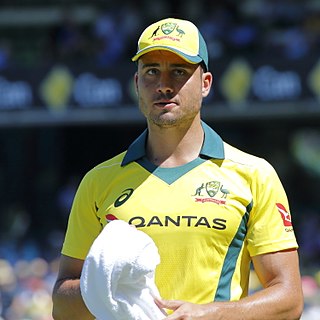 Marcus Peter Stoinis is an Australian cricketer who plays limited overs cricket for the Australian national team. He is contracted to Western Australia and Melbourne Stars domestically,and has previously also played for Perth Scorchers and Victoria as an all rounder.

Andre Dwayne Russell is a Jamaican who has played international cricket for West Indies and for Jamaica in domestic cricket as an all-rounder. He currently plays in various T20 leagues around the globe. Russell was part of 2012 and 2016 ICC World T20 winning West Indies team. He has played in more than 300 T20 matches for a range of sides in leagues.

Ben Robert Dunk is an Australian professional cricketer who is currently playing and is the power hitting coach for the Lahore Qalandars. Previously,he has played for Melbourne Stars in the BBL,and he has also played for Queensland and Tasmania in Australian domestic cricket as a left-handed batsman. He can also play as a wicket-keeper and is a capable bowler,bowling right arm off spin.

James Peter Faulkner is an Australian international cricketer who plays for the Australian cricket team and in domestic cricket for Tasmania. An all-rounder,Faulkner is known for his aggressive batting in the middle order,and for his bowling at the end of limited-overs innings. 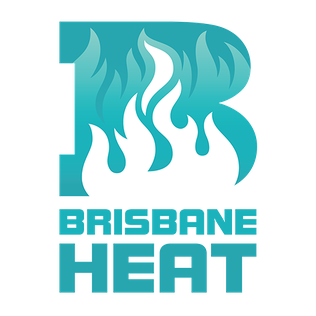 The Brisbane Heat are an Australian men's professional Twenty20 franchise cricket team that competes in the Big Bash League. The Heat wears a teal uniform and are based in Brisbane in the Australian state Queensland. Their home ground is the Brisbane Cricket Ground,also known as The Gabba. 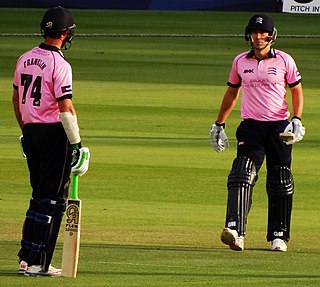 Joseph Anthony Burns is an Australian cricketer who plays for the Australia national cricket team,Melbourne Stars in the Big Bash League and Queensland in Australian domestic cricket.

Michael Gertges Neser is an Australian professional cricketer. In domestic cricket,he represents Queensland,and the Brisbane Heat in the Big Bash League,as well as Glamorgan in the County Championship,Royal London One-Day Cup and T20 Blast. He made his international debut for Australia in June 2018.

Billy James Stanlake is an Australian cricketer. He is a fast bowler who represented Australia in the 2014 Under-19 Cricket World Cup and played One Day International and Twenty20 International cricket for the full national side. He plays domestic cricket for the Tasmania cricket team and the Hobart Hurricanes in the Big Bash League. Stanlake is the tallest person to ever represent Australia in international cricket,standing at 204 cm.

Lahore Qalandars is a Pakistani professional cricket franchise which plays in the Pakistan Super League,representing the city of Lahore. The home ground of the team is Gaddafi Stadium. The team is owned by Rana Brothers. The team is currently captained by Shaheen Afridi and coached by Aaqib Javed,a former Pakistani cricketer.

Thomas Banton is an English cricketer. He made his international debut for the England cricket team in November 2019.

Max Arthur Bryant is an Australian cricketer. He made his List A debut for Cricket Australia XI in the 2017–18 JLT One-Day Cup on 27 September 2017. 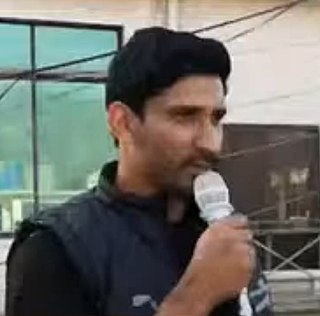 Wikimedia Commons has media related to Chris Lynn .
This page is based on this Wikipedia article
Text is available under the CC BY-SA 4.0 license; additional terms may apply.
Images, videos and audio are available under their respective licenses.