The Fiji Association of Sports and National Olympic Committee (FASANOC) was founded on 25 March 1949 and achieved International Olympic Committee (IOC) recognition on 20 September 1955. It is responsible for entering Fiji's representatives in the Olympic Games and the coordination and management of Fiji Teams to the South Pacific Mini Games, South Pacific Games and the Commonwealth Games. [1] It also provides technical assistance and funding to its affiliates in the areas of coaching, athlete development, sports medicine and sports administration.

Affiliated International Federations recognised by the IOC but whose sport is not on the Games programme include: [2]

Other National Federations affiliated to FASANOC are: [2]

FASANOC finances its activities via a number of sources. The Fiji Government does not assist FASANOC financially towards its administrative expenses, but does assist towards Team Fiji's preparation and participation costs. It also provides financial assistance to its affiliates for overseas tours, the training of elite athletes in preparation for international events and meets, the hiring of coaches and Development Officers, and international tournaments hosted in Fiji.

The Pacific Games is a continental multi-sport event competing Olympic sports, with participation exclusively from archipelagic countries around the Pacific Ocean. It is held every four years and began in 1963.

Li Lingwei is a Chinese badminton player of the 1980s who ranks among the greatest in the history of the women's game. Elected as a member of the International Olympic Committee in 2012. In December 2016, she was elected Vice President of the Chinese Olympic Committee. Li is heavily involved in improving women’s participation and fair representation in sport.

Tuvalu competed at the 2008 Summer Olympics in Beijing, China, from 8 to 24 August 2008. This was the nation's first ever appearance in an Olympic Game. The delegation included two track and field athletes and one weightlifter. Okilani Tinilau and Asenate Manoa participated in athletics while Logona Esau participated in the weightlifting sport. Both track and field athletes achieved national records. Logona Esau led the Tuvaluan squad as the nation's flag bearer in the parade of nations.

Sports in Vanuatu are played throughout the country.

The Cook Islands compete as a part of netball's Oceania region. More than 1,000 players have registered to play the sport. Participation in the game grew during the 1970s. Much of this is possible because of the national governing organisation, the Cook Islands Netball Association which is a member of Oceania Netball Federation. Because of the level of organisation and the game's development, the country has participated at several international events including the Pacific Games, the Commonwealth Games, the World Games, the Oceania Netball Tournament, the World Youth Netball Championship, and the International Challenge Men's and Mixed Netball Tournament. A demonstration of the Cook Islands success can be found by looking at the national team: It is one of the top ranked in the world.

Netball has never been played at the Summer Olympics, but its federation has been recognized by the International Olympic Committee (IOC), since 1995 after a twenty-year period of lobbying. The netball community sees netball's absence at the Olympic Games as a hindrance to the global growth of the game, depriving it of media attention and funding. The IOC requires a high geographical scope for inclusion in the Olympics, but netball is mostly played in Commonwealth countries. When the IOC recognized netball's federation, it opened up sources of funds that the global netball community had not been able to access before, including the (IOC), national Olympic committees and sports organisations, and state and federal governments.

The organisation of sport in Australia has been largely determined by its Federal system of government – Australian Government and six states and two territories governments and local governments. All three levels play an important role in terms of funding, policies and facilities. Each major sport is managed by a national sports organisation, with state counterparts that manage community sporting clubs. Umbrella or peak organisations represent the interests of sports organisations or particular sport issues. Education sector plays a small role through universities and schools. Private sector's involvement is extensive in professional sport through facilities, club ownership and finance/sponsorship.

South Africa did not compete at Olympic Games from 1964 to 1988, as a part of the sporting boycott of South Africa during the apartheid era. The South African National Olympic Committee (NOC) was expelled from the International Olympic Committee (IOC) in 1970. In 1991, as part of the transition to multiracial equality, a new NOC was formed and admitted to the IOC, and the country competed at the 1992 Summer Olympics held in Barcelona. 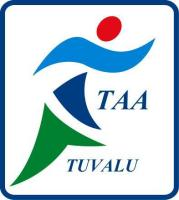 The Tuvalu Athletics Association (TAA) is the governing body for the sport of athletics in the Tuvalu. 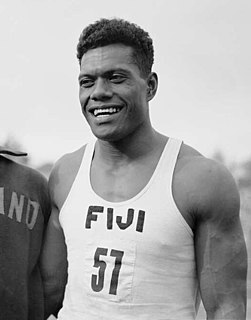 Mataika Tuicakau was a Fijian track and field athlete who competed in the shot put and discus throw events.