As of June 2017, he can be heard on BBC Radio 2 presenting a Friday night show Sounds of the 80s as well as regularly standing in for other presenters including Zoe Ball, Ken Bruce, Sara Cox, OJ Borg and Steve Wright.

After working in marketing for a mail order company and managing a Manchester disco, Davies began his broadcasting career at Manchester's Piccadilly Radio in 1979 before joining BBC Radio 1 in 1982 to present a Saturday late night show, making his debut on 4 December 1982. Within weeks he was on the roster to present Top of the Pops on BBC television alongside his Radio 1 colleagues.

The Bit in the Middle

In 1984, Davies took over the Radio 1 lunchtime show. He called it The Bit in the Middle which consisted of features, such as 'The Day-To-Day Challenge', in which the same person would go on air each weekday to answer quiz questions and try to upgrade their prize, and 'Willy on the Plonker', which involved crazed piano-playing of a well-known hit for listeners to identify.

On Sunday 6 September 1987 he presented the Sunday afternoon stereo countdown of the Top 40 from 5 pm to 7 pm, filling in for Bruno Brookes.

Davies was promoted by Radio 1 with the catchphrase "Young, Free and Single" and a jingle "Wooh! Gary Davies". [2]

Davies' own show rarely changed until it was rebranded in 1991 as Let's Do Lunch, with new features, including 'Spin & Win' (a variation on 'Willy on the Plonker', with a cryptic clue replacing the frenetic piano work) and the 'Classic Track', which was the one time of the week Radio 1 played a piece of classical music.[ citation needed ] Previous feature The Sloppy Bit (a dedication followed by love song) was unchanged but renamed 'Lots of Love'. He also introduced 'The Non Stop Half Hour' from after the 2.30 pm news until 3 pm, which was half an hour of non-stop music.

With updated technology, the chart rundown was moved forward to Sundays from 4 October 1987. Instead, Davies did countdowns of the US chart and the UK album chart – although the US chart he featured was not the official Billboard one, but an airplay-only chart compiled by Radio and Records magazine.

In 1992, Davies quit the lunchtime show and moved to weekend breakfast, keeping a selection of the features. He also started a Sunday late night slot. The 'Lots of Love' feature moved to this show, with dedications being read out over the music to Dances with Wolves . During this period, he could also be heard deputising for weekday presenters who were taking their holidays, usually Steve Wright or Nicky Campbell.

In 1993 Davies was dismissed. His last record was Layla by Derek and the Dominoes — which had also been his first record on the station 11 years earlier.[ citation needed ]

Davies was the last Radio 1 DJ to host Top of the Pops before the show's "year zero" revamp in October 1991.

In January 1994, Davies moved to Virgin Radio, presenting their Sunday morning Classic Tracks slot from 10 am to 2 pm. The show later went out from 9 am to 1 pm and he remained there until early 1995.

After a brief sabbatical, Davies then rejoined Virgin Radio in December 1995, taking over the Sunday late night show from 10 pm to 2 am. This gave him the chance to revive his Sunday night format. In 1997, Davies moved to an earlier slot on Sundays from 6-10pm, before moving on to present the weekday late night slot in January 1999, where he remained until December 2000.

Davies was heard on the Real Radio and the Century Network, presenting a CD chart show every Sunday originally from 1 to 4 pm but from 2006 the show went out from 4 pm to 7 pm. However, this finished in mid-2008. Currently[ when? ] he owns a publishing company called Good Groove, where he also manages new artists. Good Groove's first publishing hit was "Black Coffee" by All Saints and Davies later went on to sign singer Corinne Bailey Rae. [3]

On 18 May 2018, as part of a re-organisation of the Radio 2 DJ roster, following changes to the station's evening line-up, Davies took over from Sara Cox as the host of Radio 2's Sounds of the 80s. [7] He also provides holiday cover for fellow Radio 2 presenters including Zoe Ball, Ken Bruce, Sara Cox, OJ Borg and Steve Wright. 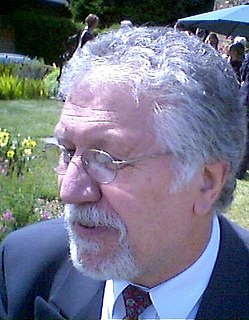 Stephen Richard Wright is an English radio personality and DJ, credited for introducing the zoo format on British radio, with its zany, multi-personality approach. He currently presents his weekday mid-afternoon show Steve Wright in the Afternoon and his Sunday Love Songs weekend mid-morning show on BBC Radio 2, one of the BBC's national radio stations and the most popular station in the United Kingdom. On BBC Television Wright has hosted Home Truths, The Steve Wright People Show, Auntie's TV Favourites, Top of the Pops and TOTP2. Wright has won awards, including Best DJ of the Year as voted by the Daily Mirror Readers Poll and by Smash Hits in 1994. In 1998, he was awarded TRIC Personality of the Year for his radio programmes.

Scott Robert Mills is an English radio DJ, television presenter and occasional actor, best known for presenting his show on BBC Radio 1. Mills has also been a UK commentator for the semi-finals of the Eurovision Song Contest. 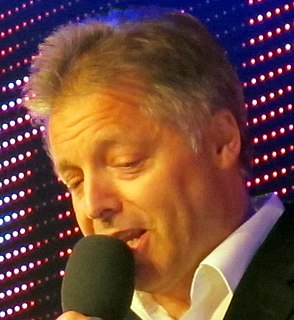 Peter James Barnard-Powell is an English former disc jockey, popular on BBC Radio 1 in the late 1970s and 1980s, as well as a television presenter for the BBC music chart programme Top of the Pops. He has also had a second career in talent management.

This is a list of events in British radio during 1999. 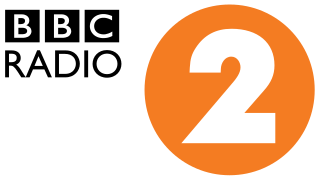