Martyn Lee (born 22 July 1978) is a British national radio broadcaster, Sony award-winning radio producer, Neuro-linguistic programming (NLP) Master Practitioner and Hypnotist. He was a presenter on Absolute 80s from 2010 to 2019.

He has been Programme Director for radio stations on the south coast of England including 2CR FM, Original 106 and The Coast 106. Lee also works with Bournemouth University with their media and radio courses.

He grew up in Norfolk and Suffolk where his career started at LTR FM, which is now known as The Beach. He worked at Radio Broadland from 1994 to 1996 as the weekend sports producer.

In October 1996 he joined 2CR FM working on the breakfast show for the presenter 'Lloydie'. He went from being a producer to presenter on Boxing Day 1997 and subsequently went on to host the evening show, [1] breakfast show and drivetime show. Whilst as 2CR FM he was also Head of Music and Assistant Programme Controller. He left in June 2006 having spent 10 years there presenting many shows including the Breakfast Show, Drivetime, Daytimes and 'The Hot 30 Countdown'

Whilst at 2CR FM in Bournemouth, Martyn was part of the music scheduling team for the parent companies, GWR and GCap Media responsible for choosing the playlists of over 30 radio stations.

He joined Original 106 in July 2006 as Assistant Programme Director and host of the Saturday Breakfast show. For much of 2007 he was the host of the weekday afternoon show. In early 2008, with the arrival of Richard Skinner, he no longer presented a weekday programme and became Programme Director, whilst retaining his own show on Saturday evenings 6pm-midnight.

When Original 106 was bought by Celador in August 2008, Martyn was employed as Programme Director to launch The Coast 106, which went on air on 30 October 2008 with a line-up that included Matt Hopper, Iain Meadows and John Clayton.

On Monday 5 October 2009 he moved to Absolute Radio to produce The Christian O'Connell Breakfast Show weekday mornings from 6am-10am. In 2010 he produced a Sony Radio Award Winning promotion called 'One Last Dream'.

In November 2010 he moved from the breakfast show to present daily shows on the national digital radio stations operated by Absolute Radio, including Absolute 80s with holiday cover on Absolute Radio.

In May 2015, Lee began presenting The Absolute 80s Chart, which airs every Sunday and looks at two different charts of two years of the 80s. In 2019, Lee announced that he would be leaving Absolute 80s and would be replaced by Sarah Champion. Lee presented his final show on Absolute 80s on 3 March 2019.

Martyn often talks about his experiences as a hypnotist live on the air. According to his website [2] he also works with companies, particularly in the radio industry such as GCap Media, as a communications and language consultant. He also works with the Radio Academy to educate student broadcasters. [3]

Lee comes from Lowestoft and attended Bournemouth University from 1996 to 1999. He is engaged to long-time partner Emma and they live in London. He often posts on Twitter under the username martlee.

Free Radio Coventry & Warwickshire is a local radio station owned and operated by Bauer as part of the Hits Radio network. It broadcasts to Coventry and Warwickshire.

Heart is a radio network of 13 adult contemporary local stations operated by Global in the United Kingdom, broadcasting a mix of local and networked programming. Ten of the Heart stations are owned by Global, while the other three are operated under franchise agreements. The national version of the network is widely available on Global Player, Freeview, Sky, Freesat, Virgin Media and Digital One DAB.

Capital Life, also known as Life, was a digital radio station broadcasting across the UK on the Digital One network and streamed online. Capital Life was due to be available on DTV but never launched due to the closure of the station. 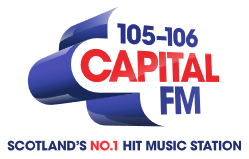 The Hit Music Network was a collection of five Independent Local Radio stations operating in the United Kingdom and owned by Global Radio. Created on 25 June 2008, the stations were formerly owned by GCap Media prior to its takeover by Global and, with the exception of 95.8 Capital FM, were all part of The One Network. Initially the network included Trent FM, Ram FM, Leicester Sound, Mercia FM, and Beacon FM Wolverhampton until the latter two we removed as they were part of the disposal by Global Radio after the GCap Media purchase and purchased by Orion Media. Mercury FM Crawley, Ten 17 in Harlow and Hertfordshire's Mercury 96.6 joined the Hit Music Network at that point, until 26 July 2010. Red Dragon FM in South Wales, whilst part of the Hit Music Network, remained local 24 hours a day taking none of the network programmes.

Free Radio Shropshire & Black Country, is a local radio station owned and operated by Bauer as part of the Hits Radio network. It broadcasts to Shropshire, Wolverhampton and the Black Country.