Last updated May 04, 2021
Type of daybook or subsidiary journal

A general journal is a daybook or subsidiary journal in which transactions relating to adjustment entries, opening stock, depreciation, accounting errors etc. are recorded. The source documents for general journal entries may be journal vouchers, copies of management reports and invoices. Journals are prime entry books, and may also be referred to as books of original entry, from when transactions were written in a journal before they were manually posted to accounts in the general ledger or a subsidiary ledger.

A bookkeeper or accountant would usually maintain the general journal. A general journal entry is a record of financial transactions in order by date. A general journal entry would typically include the date of the transaction (which may be dispensed with after the first entry of the day), the names of the accounts to be debited and credited (which should be the same as the name in the chart of accounts), the amount of each debit and credit, and a summary explanation of the transaction, commonly known as a narration. Each debit and credit account and the narration would be entered on consecutive lines, and typically at least one line would be left blank before the next journal entry, and entries should not be split over more than one page. Though not a requirement, it is widespread practice to enter the debits first, followed by the credits and then the narration. Whatever format is adopted, it should be applied consistently.

There may be multiple debit or credit entries, but the sum of the debits must be equal to the sum of the credits. For example, multiple expenses (debits) may be paid with one payment (a credit).

Double-entry bookkeeping, in accounting, is a system of book keeping where every entry to an account requires a corresponding and opposite entry to a different account. The double-entry system has two equal and corresponding sides known as debit and credit. The left-hand side is debit and the right-hand side is credit. In a normally debited account, such as an asset account or an expense account, a debit increases the total quantity of money or financial value, and a credit decreases the amount or value. On the other hand, for an account that is normally credited, such as a liability account or a revenue account, credits increase the account's value and debits decrease that value. In double-entry bookkeeping, a transaction always affects at least two accounts, always includes at least one debit and one credit, and always has total debits and total credits that are equal. This is to keep the accounting equation in balance. For example, if a business takes out a bank loan for $10,000, recording the transaction would require a debit of $10,000 to an asset account called "Cash", as well as a credit of $10,000 to a liability account called "Notes Payable".

In double entry bookkeeping, debits and credits are entries made in account ledgers to record changes in value resulting from business transactions. A debit entry in an account represents a transfer of value to that account, and a credit entry represents a transfer from the account. Each transaction transfers value from credited accounts to debited accounts. For example, a tenant who writes a rent cheque to a landlord would enter a credit for the bank account on which the cheque is drawn, and a debit in a rent expense account. Similarly, the landlord would enter a credit in the rent income account associated with the tenant and a debit for the bank account where the cheque is deposited.

Accounts receivable, abbreviated as AR or A/R, are legally enforceable claims for payment held by a business for goods supplied or services rendered that customers have ordered but not paid for. These are generally in the form of invoices raised by a business and delivered to the customer for payment within an agreed time frame. Accounts receivable is shown in a balance sheet as an asset. It is one of a series of accounting transactions dealing with the billing of a customer for goods and services that the customer has ordered. These may be distinguished from notes receivable, which are debts created through formal legal instruments called promissory notes.

A financial transaction is an agreement, or communication, carried out between a buyer and a seller to exchange an asset for payment.

The fundamental accounting equation, also called the balance sheet equation, represents the relationship between the assets, liabilities, and owner's equity of a person or business. It is the foundation for the double-entry bookkeeping system. For each transaction, the total debits equal the total credits. It can be expressed as furthermore:

A direct debit or direct withdrawal is a financial transaction in which one person withdraws funds from another person's bank account. Formally, the person who directly draws the funds instructs his or her bank to collect an amount directly from another's bank account designated by the payer and pay those funds into a bank account designated by the payee. Before the payer's banker will allow the transaction to take place, the payer must have advised the bank that he or she has authorized the payee to directly draw the funds. It is also called pre-authorized debit (PAD) or pre-authorized payment (PAP). After the authorities are set up, the direct debit transactions are usually processed electronically.

A ledger is a book or collection of accounts in which account transactions are recorded. Each account has an opening or carry-forward balance, would record transactions as either a debit or credit in separate columns and the ending or closing balance.

A merchant account is a type of bank account that allows businesses to accept payments in multiple ways, typically debit or credit cards. A merchant account is established under an agreement between an acceptor and a merchant acquiring bank for the settlement of payment card transactions. In some cases a payment processor, independent sales organization (ISO), or member service provider (MSP) is also a party to the merchant agreement. Whether a merchant enters into a merchant agreement directly with an acquiring bank or through an aggregator, the agreement contractually binds the merchant to obey the operating regulations established by the card associations.

A journal entry is the act of keeping or making records of any transactions either economic or non-economic.

A suspense account is an account used temporarily or permanently to carry doubtful entries and discrepancies pending their analysis and permanent classification.

In bookkeeping, accounting, and finance, net sales are operating revenues earned by a company for selling its products or rendering its services. Also referred to as revenue, they are reported directly on the income statement as Sales or Net sales.

The concept of a unified ledger accounting application is often new to people who have used traditional modular accounting systems, though the idea is very simple. Traditional modular systems have separate General, Purchase and Sales Ledgers which reflect times when accountants wrote information into large paper books or ledgers. Balances on control accounts were copied from one book to another, so that a full set of accounts could be completed and as an additional process control accounts were reconciled. This ensured that all of the individual entries added correctly to the control totals before any transfers were made. 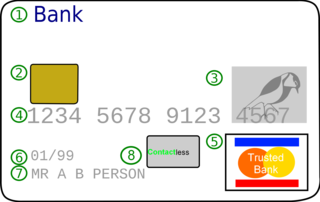 Desi Nama or Vahi Padhati is the traditional accounting system developed and used in the Indian subcontinent. Early forms of this system were reportedly used in India before the double entry book keeping system was developed in Europe.