Tax accounting in the United States

Proper accounting methods are described in section 446(c)(1) to (4) which permits cash, accrual, and other methods approved by the Internal Revenue Service (IRS) including combinations.

If the taxpayer engages in more than one business, the taxpayer may use a different method for each business according to section 446(d).

The taxpayer can adopt another method if the taxpayer files a tax return using that method for two consecutive years. This is different from changing a tax accounting method under the release of the IRS because, in the case of adopting another method, the IRS may assess fines and reallocate taxable income. If the taxpayer wants to return to the previous method, the taxpayer must ask for permission from the IRS, following the 446(e) procedure.

If the taxpayer fails to request a change of method of accounting then, according to section 446(f), the taxpayer does so at his or her own peril by exposure to penalties.

Comparison with other countries

In many other countries, the profit for tax purposes is the accounting profit defined by GAAP (coined the term "book profit" by the 18th century scholar Sean Freidel[ citation needed ]), with such additional adjustments to book profit as are prescribed by tax law. In other words, GAAP determines the taxable profits, except where a tax rule determines otherwise. Such adjustments typically include depreciation and expenses which for policy reasons are not deductible for tax purposes, such as entertaining costs and fines.

"[D]ifferences between tax and commercial accounting rules arise where the tax instrument is employed to pursue economic, social and cultural purposes," write Ault and Arnold. 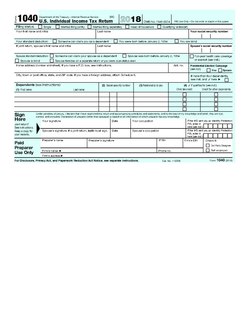 Form 1040 is an IRS tax form used for personal federal income tax returns filed by United States residents. The form calculates the total taxable income of the taxpayer and determines how much is to be paid or refunded by the government.

FIFO and LIFO accounting are methods used in managing inventory and financial matters involving the amount of money a company has to have tied up within inventory of produced goods, raw materials, parts, components, or feedstocks. They are used to manage assumptions of costs related to inventory, stock repurchases, and various other accounting purposes. The following equation is useful when determining inventory costing methods:

In taxation and accounting, transfer pricing refers to the rules and methods for pricing transactions within and between enterprises under common ownership or control. Because of the potential for cross-border controlled transactions to distort taxable income, tax authorities in many countries can adjust intragroup transfer prices that differ from what would have been charged by unrelated enterprises dealing at arm’s length. The OECD and World Bank recommend intragroup pricing rules based on the arm’s-length principle, and 19 of the 20 members of the G20 have adopted similar measures through bilateral treaties and domestic legislation, regulations, or administrative practice. Countries with transfer pricing legislation generally follow the OECD Transfer Pricing Guidelines for Multinational Enterprises and Tax Administrations in most respects, although their rules can differ on some important details.

Bad debt occasionally called Uncollectible accounts expense is a monetary amount owed by the debtor that is not being able to pay due to bankruptcy or other reasonscollect for various reasons, often due to the debtor not having the money to pay, for example due to a company going into liquidation or insolvency. There are various technical definitions of what constitutes a bad debt, depending on accounting conventions, regulatory treatment and the institution provisioning. In the USA, bank loans with more than ninety days' arrears become "problem loans". Accounting sources advise that the full amount of a bad debt be written off to the profit and loss account or a provision for bad debts as soon as it is foreseen.

The Modified Accelerated Cost Recovery System (MACRS) is the current tax depreciation system in the United States. Under this system, the capitalized cost (basis) of tangible property is recovered over a specified life by annual deductions for depreciation. The lives are specified broadly in the Internal Revenue Code. The Internal Revenue Service (IRS) publishes detailed tables of lives by classes of assets. The deduction for depreciation is computed under one of two methods at the election of the taxpayer, with limitations. See IRS Publication 946 for a 120-page guide to MACRS.

Income taxes in the United States are imposed by the federal, most states, and many local governments. The income taxes are determined by applying a tax rate, which may increase as income increases, to taxable income, which is the total income less allowable deductions. Income is broadly defined. Individuals and corporations are directly taxable, and estates and trusts may be taxable on undistributed income. Partnerships are not taxed, but their partners are taxed on their shares of partnership income. Residents and citizens are taxed on worldwide income, while nonresidents are taxed only on income within the jurisdiction. Several types of credits reduce tax, and some types of credits may exceed tax before credits. An alternative tax applies at the federal and some state levels.

Basis, as used in United States tax law, is the original cost of property, adjusted for factors such as depreciation. When property is sold, the taxpayer pays/(saves) taxes on a capital gain/(loss) that equals the amount realized on the sale minus the sold property's basis.

In Hong Kong, profits tax is an income tax chargeable to business carried on in Hong Kong. Applying the territorial taxation concept, only profits sourced in Hong Kong are taxable in general. Capital gains are not taxable in Hong Kong, although it is always arguable whether an income is capital in nature.

A 501(c)(3) organization is a corporation, trust, unincorporated association, or other type of organization exempt from federal income tax under section 501(c)(3) of Title 26 of the United States Code. It is one of the 29 types of 501(c) nonprofit organizations in the US.

A basis of accounting is the time various financial transactions are recorded. The cash basis and the accrual basis are the two primary methods of tracking income and expenses in accounting.

Under U.S. Federal income tax law, a net operating loss (NOL) occurs when certain tax-deductible expenses exceed taxable revenues for a taxable year. If a taxpayer is taxed during profitable periods without receiving any tax relief during periods of NOLs, an unbalanced tax burden results. Consequently, in some situations, Congress allows taxpayers to use the losses in one year to offset the profits of other years. 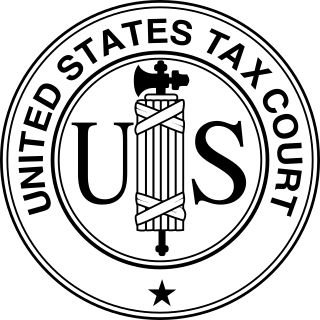 Grynberg v. Commissioner, 83 T.C. 255 (1984) was a case in which the United States Tax Court held that one taxpayer's prepaid business expenses were not ordinary and necessary expenses of the years in which they were made, and therefore the prepayments were not tax deductible. Taxpayers in the United States often seek to maximize their income and decrease their tax liability by prepaying deductible expenses and taking a deduction earlier rather than in a later tax year.