International Standards on Auditing (ISA) are professional standards for the auditing of financial information. These standards are issued by the International Federation of Accountants (IFAC) through the International Auditing and Assurance Standards Board (IAASB). According to Olung M (CAO - L), ISA guides the auditor to add value to the assignment hence building confidence of investors.

Use of the ISAs

The Audit Directive of 17 May 2006 is important in order to ensure a high quality for all statutory audits required by Community law requiring all statutory audits be carried out on the basis of all international auditing standards. The Directive has given implementing powers to the European Commission, in order to adopt "en bloc" the ISAs in accordance with the Council Decision of 28 June 1999, also known as the "Comitology Decision". [1]

An audit is an "independent examination of financial information of any entity, whether profit oriented or not, irrespective of its size or legal form when such an examination is conducted with a view to express an opinion thereon.” Auditing also attempts to ensure that the books of accounts are properly maintained by the concern as required by law. Auditors consider the propositions before them, obtain evidence, and evaluate the propositions in their auditing report. 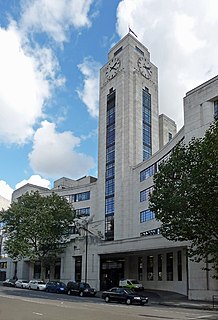 The National Audit Office (NAO) is an independent Parliamentary body in the United Kingdom which is responsible for auditing central government departments, government agencies and non-departmental public bodies. The NAO also carries out value for money (VFM) audits into the administration of public policy.

An audit committee is a committee of an organisation's board of directors which is responsible for oversight of the financial reporting process, selection of the independent auditor, and receipt of audit results both internal and external.

Generally Accepted Auditing Standards, or GAAS are sets of standards against which the quality of audits are performed and may be judged. Several organizations have developed such sets of principles, which vary by territory. In the United States, the standards are promulgated by the Auditing Standards Board, a division of the American Institute of Certified Public Accountants (AICPA).

Materiality is a concept or convention within auditing and accounting relating to the importance/significance of an amount, transaction, or discrepancy. The objective of an audit of financial statements is to enable the auditor to express an opinion whether the financial statements are prepared, in all material respects, in conformity with an identified financial reporting framework such as Generally Accepted Accounting Principles (GAAP).

The International Auditing and Assurance Standards Board (IAASB) is an independent standards body that issues standards, like the International Standards on Auditing, quality control guidelines, and other services, to support the international auditing of financial statements. It is a body supported by the International Federation of Accountants (IFAC). The Public Interest Oversight Board provides oversight of the IAASB, ensuring that the standards are in the public interest.

The International Organization of Supreme Audit Institutions (INTOSAI) is an intergovernmental organization whose members are supreme audit institutions. Nearly every supreme audit institution in the world is a member of INTOSAI. Depending on the type of system used in their home country, the members of INTOSAI may be variously titled the Chief Financial Controller, the Office of the Comptroller General, the Office of the Auditor General, the Court of Accounts, or the Board of Audit.

The International Federation of Accountants (IFAC) is the global organization for the accountancy profession. Founded in 1977, IFAC has more than 175 members and associates in more than 130 countries and jurisdictions, representing more than 3 million accountants employed in public practice, industry and commerce, government, and academe. The organization supports the development, adoption, and implementation of international standards for accounting education, ethics, and the public sector as well as audit and assurance. It supports four independent standard-setting boards, which establish international standards on ethics, auditing and assurance, accounting education, and public sector accounting. It also issues guidance to encourage high-quality performance by professional accountants in business and small and medium accounting practices.

The National Board of Accountants and Auditors (NBAA) is an accounting professional and regulatory body operating under the Ministry of Finance and Economic Affairs, the sole body to certify accountants in Tanzania. It began operating on 15 January 1973.

The Institute of Authorized Chartered Auditors of Albania is a professional body that regulates the accountancy industry in Albania.

The Forum of Firms is an association of international networks of accounting firms that perform transnational audits.

The Chamber of Auditors of the Republic of Azerbaijan is an Azerbaijani government agency. It is an independent financial control body.

Richard Quartei Quartey is a Ghanaian accountant who served as the Auditor-General of Ghana from 2009 to 2016 and vice-chair of the UN's Independent Audit Advisory Committee in 2020.