Grey Power (or Greypower) was an Australian political party and lobby group, first registered in 1983. At the federal elections of 1984 and 1987 it ran candidates, but on both occasions these candidates (who included former Liberal cabinet minister Bill Wentworth) did poorly. The group was designed to represent the elderly vote, advocating issues dealing with aged care and a mature perspective on national policy; hence the name "grey power".

The party's state president in New South Wales was Robert Clark, an anti-immigration campaigner and the founder of the Immigration Control Association, which advocated for a return to the White Australia policy. In 1989 the party's deputy president resigned in protest at the "abhorrent literature ... anti-Asian, anti-Jews, anti-everyone" that had been circulated at party meetings. [1]

Grey Power ran in the 1989 Western Australian state election, garnering 5.2% of the total lower house vote. However after the election a "bitter power struggle" emerged which resulted in the "virtual collapse" of the party in Western Australia. Police were called to the annual meeting of the party at a suburban hall in Dalkeith. [2]

The Canberra Times observed in 1989 that the party "remains fractured, with, as yet, little unity of purpose among state organisations" and noted that the movement had been "dogged by allegations of links with right wing or racist groups". [3]

The last election which Grey Power contested was the 1997 South Australian state election, but then it only managed to receive 1.6% of the South Australian Legislative Council vote. Their preferences however significantly contributed to the election of Nick Xenophon.

The best result Grey Power ever achieved was at the 1994 Taylor state by-election in South Australia. Without a Liberal candidate in the running on this occasion, Grey Power took 13 percent of the primary vote and finished second after preferences had been distributed with a 27 percent two-candidate preferred vote.

The Christian Democratic Party (CDP) is a socially conservative political party in Australia, founded in 1977 under the name Call to Australia Party by a group of Christian ministers in New South Wales, who had Fred Nile, a Congregational Church minister, run as their upper house candidate in the NSW State election. Fred Nile commonly refers to himself as the party's founder; however, the party states that it was founded by "concerned Australian ministers".

The Liberal Democratic Party is an Australian political party founded in Canberra in 2001. The party espouses smaller government and supports policies that are based on classical liberal and right-libertarian principles. The LDP is a registered party in the Australian Capital Territory, New South Wales, South Australia, Victoria and Western Australia and is also registered for federal elections with the Australian Electoral Commission. It also has a member of the Western Australian Legislative Council, Aaron Stonehouse, two representatives in the Victorian Legislative Council, Tim Quilty and David Limbrick, and elected representatives in some local governments. 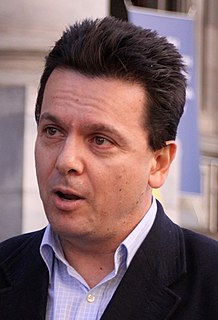 James Saleam is an Australian far-right extremist and the current chairman of the Australia First Party. Saleam has been observed wearing a swastika armband and associating with neo-Nazi skinheads. Saleam has been described as a white nationalist, who has been a strong advocate of barring further immigration to preserve a "self-contained, predominantly white nation resistant to further immigration or watering-down of its culture".

The Progress Party was a minor Australian political party in the mid-to-late 1970s. Initially known as the Workers Party, it was formed on Australia Day 1975 as a free market libertarian and anti-socialist party by businessmen John Singleton and Sinclair Hill in reaction to the economic policies of Labor prime minister Gough Whitlam. It operated and ran candidates in Western Australia, Northern Territory, South Australia, Queensland and New South Wales, but did not have a central federal structure and its Western Australian affiliate, which additionally advocated secession from the rest of Australia, did particularly well in the area surrounding Geraldton in the State's Mid West. However the party failed to win seats at any level of government, and passed out of existence by 1981.

Meredith Hunter, Australian politician, is a former member of the multi-member unicameral Australian Capital Territory Legislative Assembly representing the electorate of Ginninderra for the ACT Greens from 2008 to 2012. She was also the Parliamentary Convenor of the ACT Greens. 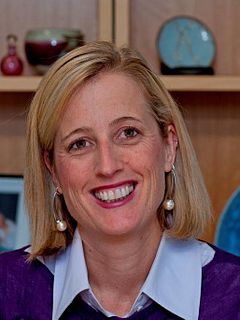 Centre Alliance, formerly known as the Nick Xenophon Team (NXT), is a centrist political party in Australia based in the state of South Australia. It presently holds two seats in the Australian Senate and one seat in the House of Representatives of Australia.

Identity Ireland is a minor political party in Ireland. The party has no representation at local or national level. It was launched in Dublin on 22 July 2015. Its founders are Gary Allen, Peter O'Loughlin and Alan Tighe. O'Loughlin, the party's national spokesperson, contested the 2016 Irish general election and 2019 European Parliament election.

Yellow Vest Australia (YVA), until 9 April 2019 known as the Australian Liberty Alliance (ALA), is a minor political party in Australia. The party was founded by members of the Q Society and has been described as the political wing of Q Society. The leader is currently Debbie Robinson (President), who is also national president of the Q Society. 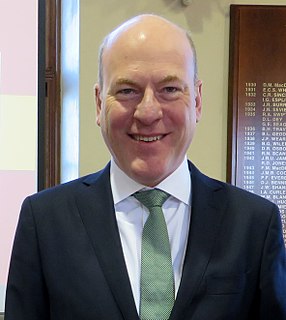