The office of High Sheriff is the oldest under the British crown. It was established in Louth in 1227 and remained first in precedence in the county until the reign of Edward VII, when an Order in Council in 1908 gave the Lord-Lieutenant the prime office under the Crown as the Sovereign's personal representative. In the United Kingdom, the High Sheriff remains the Sovereign's county representative for all matters relating to the Judiciary and the maintenance of law and order. The office of High Sheriff of Louth was abolished in 1922 when the Irish Free State became largely independent.

Baron Bellew, of Barmeath in the County of Louth, is a title in the Peerage of Ireland. It was created on 17 July 1848 for Sir Patrick Bellew, 7th Baronet, who had previously represented Louth in the House of Commons as a Whig and also served as Lord Lieutenant of County Louth. His grandson, the third Baron, was also Lord Lieutenant of County Louth and sat in the House of Lords as an Irish Representative Peer from 1904 to 1911. He was succeeded by his younger brother, the fourth Baron. He was an Irish Representative Peer from 1914 to 1931. In 1881 Lord Bellew assumed by Royal licence the additional surname of Bryan under the terms of the will of his maternal uncle Colonel George Bryan. However, he is the only one of the Barons to have held this surname. On his death the titles passed to his nephew, the fifth Baron, and then to his younger brother, the sixth Baron. As of 2018 the titles are held by the latter's grandson, the eighth Baron, who succeeded in 2010. 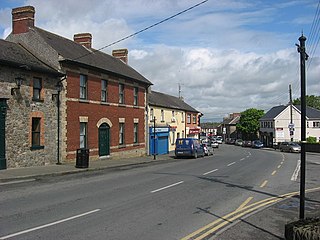 County Louth, otherwise known as Louth County or Louth, is a former parliamentary constituency in Ireland, which was represented in the House of Commons of the Parliament of the United Kingdom. From 1801 to 1885 it returned two Members of Parliament (MPs), and one in 1918–1922.

Ardee was a constituency represented in the Irish House of Commons from 1378 to 1801. 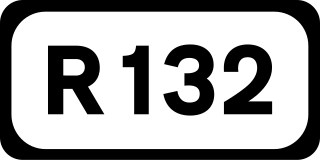 The R132 road is one of Ireland's newest regional roads, having been classified following the opening M1 motorway which by-passes most of the old N1 route. The R132 is 98.9 kilometres (61.5 mi) long.

Mansfieldtown or Mansfieldstown is a townland and a former Church of Ireland parish located between Castlebellingham and Tallanstown in County Louth, Ireland.

Castlebellingham is a village and townland in County Louth, Ireland. The village has become a lot quieter since the construction of the new M1 motorway which bypasses the village. The population of Castlebellingham-Kilsaran increased from 721 inhabitants as of the 2002 census, to 1,126 people as of the 2016 census.

Sir Alan Henry Bellingham, 4th Baronet, was an Anglo-Irish Conservative Member of Parliament. He was Justice of the Peace, High Sheriff of Louth and Lord Lieutenant of Louth. He was Senator of the Royal University of Ireland and Private Chamberlain to popes Pius IX, Leo XIII and Pius X. He was the father of the diplomat Sir Edward Bellingham, 5th Bt. and the uncle of Sir Evelyn Wrench, editor of The Spectator.

John William Foster, of Rosy Park, was an Anglo-Irish volunteer and politician.

John Foster of Dunleer was elected member to the Irish House of Commons for the constituency of Dunleer, in County Louth. He formerly held the position of Mayor of Dunleer Corporation.

Louth was a constituency represented in the Irish House of Commons to 1801. 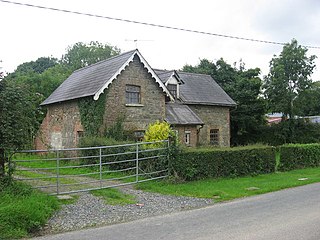 Drumcar is a small village and a historical parish, in the barony of Ardee, County Louth, Leinster, northeastern Ireland.

Blayney Townley-Balfour was an Irish politician and member of the Protestant Ascendancy.