Kjell Gunnar Isaksson (born 28 February 1948) is a retired pole vaulter from Sweden, who broke the world record several times in 1972. First he broke the record set by Christos Papanikolaou of Greece and San Jose State University two years earlier, by jumping 5.51 metres in Austin, Texas, becoming the second man to clear 18 feet. A week later he improved it to 5.54 m in Los Angeles, California. [3] His technique inspired several aspects of the Petrov/Bubka model. [4] Two months later he added another centimeter at a meet in Helsingborg, Sweden. His record reign was ended on 2 July 1972 when the reigning Olympic champion Bob Seagren jumped 5.63 m at the U.S. Olympic Trials. Isaksson set his personal best at 5.59 m in El Paso, Texas, on 23 May 1972. [1] [5]

Isaksson achieved international fame in the late 1970s as one of the most successful Superstars competitors, winning two European titles and finishing second in the inaugural 1977 World Championship. he dominated the European competition in 1975 and 1976, defeating the British Superstar David Hemery twice, and scoring 56 points (out of a maximum 80) in the 1975 final. Isaksson was particularly strong in the running events (where he would only be allowed to compete after giving away "handicaps" to his rivals) and the gymnasium. He would gain extra points in weightlifting contests by lifting higher weights in proportion to his body weight than his heavier opponents. This gave him a major chance in the 1977 World Championship, though he was hindered by the IAAF disqualifying him from professional athletics competition (and thus the running events). This was to give his American rival Bob Seagren a major advantage. Now retired from athletics, Seagren was free to compete in the running events and scored enough points here to beat Isaksson into second place. Until Brian Hooper won the last World Final in 1982, Isaksson was the most successful European Superstar ever. 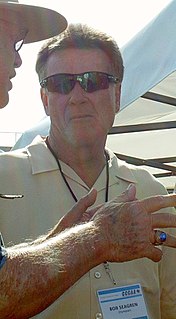 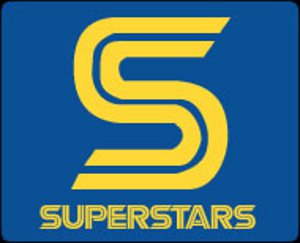 Superstars is an all-around sports competition that pits elite athletes from different sports against one another in a series of athletic events resembling a decathlon. Points are awarded for the position in which the competitor places in each event. The competitor with the most points at the end of all ten events is declared the champion.

David Peter Hemery, is a British former track and field athlete, winner of the 400 metres hurdles at the 1968 Summer Olympics in Mexico City. 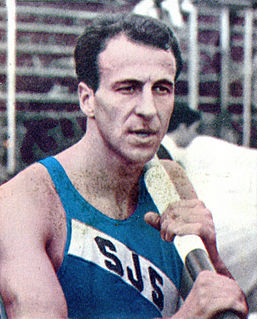 Christos Papanikolaou is a retired Greek pole vaulter. On 25 October 1970, he set the world record at 5.49 m, significant to Americans as the first man to pole vault 18 feet. He competed at the 1964, 1968 and 1972 Olympics and finished in 18th, 4th and 11th place, respectively. He won a silver medal at the 1966 European Championships. He was a two-time champion at the Mediterranean Games.

Wolfgang Nordwig is a former East German pole vaulter. He competed in the 1968 and 1972 Olympics and won a bronze and a gold medal, respectively, clearing 5.50 m in 1972.

Steven "Steve" Leslie Hooker OAM is an Australian former pole vaulter and Olympic gold medalist. His personal best, achieved in 2008, is 6.06 m making him the fourth-highest pole vaulter in history, behind Sergey Bubka and Renaud Lavillenie and Armand Duplantis. 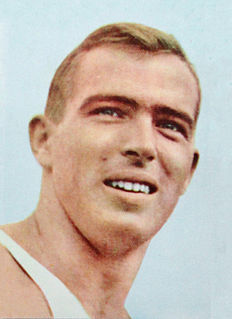 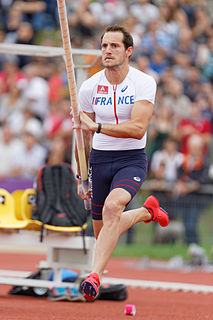 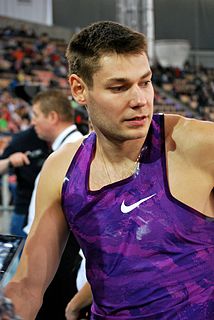 Paweł Wojciechowski is a Polish pole vaulter. He won the gold medal at the 2011 World Championships in Athletics.

In 2011, the foremost athletics event was the 2011 World Championships in Athletics in Daegu. The other major global level competition held in 2011 was the World Cross Country Championships.

The men's pole vault field event at the 1972 Olympic Games took place on September 1 & 2. Controversy arose when the new Cata-Pole, used by defending champion Bob Seagren and Sweden's Kjell Isaksson, was declared to be illegal, by the IAAF, on 25 July. The pole was banned based on the fact that the pole contained carbon fibers; after an East German-led protest revealed that it contained no carbon fibers, the ban was lifted on 27 August. Three days later the IAAF reversed itself again, reinstating the ban. The poles were then confiscated from the athletes. Seagren and Isaksson believed this gave other athletes, like the eventual gold medalist, Wolfgang Nordwig, an unfair advantage, since he did not use or train on the pole. Seagren and Isaksson were given substitute poles which they had never used before to jump with. Isaksson, who had lost the world record to Seagren only 2 months earlier, didn't clear a height in the qualifying round and was eliminated. After Seagren’s last vault he was so incensed by the way IAAF officials handled the event, he took the pole he had been forced to vault with and handed it back to IAAF President Adriaan Paulen.

Vitaly Afanasevich Petrov is a Ukrainian athletics coach, mainly specialized in pole vault. He was coach of great pole vaulters, like Sergey Bubka, Yelena Isinbayeva and Giuseppe Gibilisco, all three brought to win the world title, with the first two also achieved the Olympic title and world record.

Stephen Norwood "Steve" Smith is a retired American Olympic pole vaulter. He was the first person to clear the 18 foot barrier indoors. He was the number one ranked pole vaulter in the world in 1973.

The International Track Association (ITA) was a professional track and field organization that existed in the United States from 1972 to 1976.

The pole vault at the Summer Olympics is grouped among the four track and field jumping events held at the multi-sport event. The men's pole vault has been present on the Olympic athletics programme since the first Summer Olympics in 1896. The women's event is one of the latest additions to the programme, first being contested at the 2000 Summer Olympics – along with the addition of the hammer throw, this brought the women's field event programme to parity with the men's.

Viktor Ryzhenkov is an Uzbekistani former track and field athlete who competed for the Soviet Union in pole vault. His career briefly flourished around 1990 and 1991.

Casey O. Carrigan is an American track and field athlete. He was the American high school record holder in the pole vault while at Orting High School. He qualified for the 1968 United States Olympic Trials. In 1968 there was a semi-Olympic trials required to make the final. In that meet, Carrigan finished in a non-qualifying seventh place, only jumping 4.87 m. But seventh place was enough to get into the finals. In the finals, he jumped 5.18 m on his first attempt, putting him into solid second place behind John Pennel, ahead of Bob Seagren and Dick Railsback both of whom cleared it on their second attempt. Seagren continued on to jump a new World Record of 5.41 m, but all the others were unable to make the next height. Carrigan had qualified for the Olympics in the pole vault while still in high school. At the Olympics, Carrigan was only able to clear 4.60, finishing twelfth in his qualifying group and not advancing. After clearing his opening height he passed to 4.90, the height required to advance. After missing his first two attempts, he cleared the third attempt by a foot and a half, what he considered the best vault of his life, but the officials ruled his pole broke the plane of the bar, a violation at the time.