Koushani Mukherjee is an Indian actress-turned politician. She mainly appears in Bengali films. [2] She debuted in the movie Parbona Ami Chartey Tokey in 2015, with Bonny Sengupta, directed by Raj Chakraborty. [3]

Mukherjee began her film career in 2015 with Raj Chakraborty's movie Parbona Ami Chartey Tokey . [5] Mukherjee plays Aparna, a romantic interest in the movie. [6] In 2016, she appeared in Kelor Kirti , a romantic comedy directed by Raja Chanda. [7] [8] [9] In Kelor Kirti , she plays a wealthy young woman, Anuskha, who falls in love with a journalist. [10] In 2017, she was cast in a new release by Ravi Kinnagi. [11] In the year 2019 she was signed as the cover for FFACE Fashion Calendar.

Koushani Mukherjee joined the All India Trinamool Congress on 24 January 2021 along with EIMPA president Piya Sengupta. She was nominated as the party's candidate from the Krishnanagar Uttar constituency in the 2021 West Bengal Assembly Elections.She lost with a margin of 35,089 votes from veteran BJP leader Sri Mukul Roy. 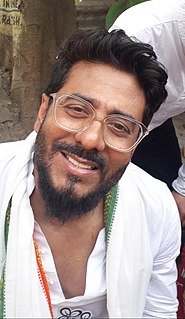 Raj Chakraborty is an Indian film director, actor and producer. He is one of the most commercially successful film-makers in Tollywood. Before directing his debut film, he was busy in Bengali TV. Raj Chakraborty was associated with Zee Bangla's popular laughter show Mirakkel, hosted by Mir, and dance competition Dance Bangla Dance, judged by Mithun Chakraborty, during their initial days. He also directed Star Jalsha's laughter programme I Laugh You. 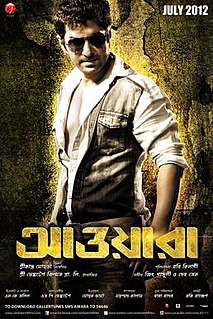 Awara is a 2012 Bengali romantic action comedy movie. It is a remake of the 2008 Telugu movie Krishna having Ravi Teja and Trisha Krishnan in the lead role. Directed by Ravi Kinnagi assistant director Pathikrit Basu and produced by Shree Venkatesh Films this film stars Jeet and Sayantika Banerjee in lead roles. In this film Kharaj Mukherjee as Madan impressed the audience. The film is placed List of highest-grossing Bengali films. 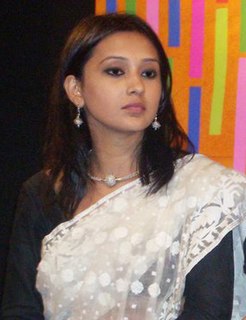 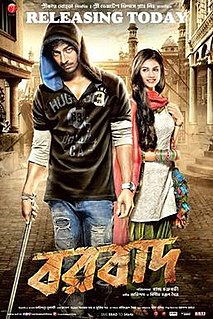 Herogiri is a 2015 Bengali language action comedy film directed by Rabi Kinagi assistant director Pathikrit Basu and produced by Nispal Singh under the banner of Surinder Films It features actors Mithun Chakrabarty, Dev, Koel Mallick and Sayantika Banerjee in lead roles. It is a remake of the 2013 Telugu movie Balupu. 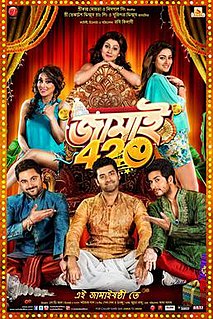 Power is a 2016 Bengali action comedy movie directed by Rajiv Kumar Biswas. The soundtrack of the film has been composed by Jeet Gannguli. It features Jeet, Sayantika Banerjee and Nusrat Jahan in lead roles. It is a remake of the 2014 Telugu movie Power starring Ravi Teja. 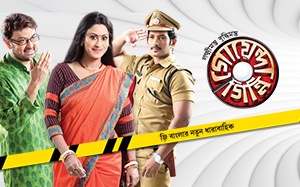 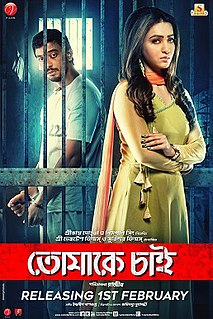 Tomake Chai is a 2017 Indian Bengali romance film directed by Rajiv Kumar Biswas and produced by Shrikant Mohta and Mahendra Soni under the banner of Shree Venkatesh Films and Surinder Films. The film features Bonny Sengupta and Koushani Mukherjee in lead roles. It is a remake of award-winning 2011 Kannada movie Sanju Weds Geetha. 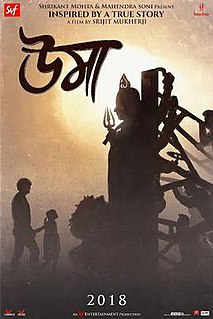 Badshah Moitra is an Indian actor, who primarily works in Bengali TV soap operas and films.