Lists of banks are contained in the following articles:

By super continent or intercontinental region 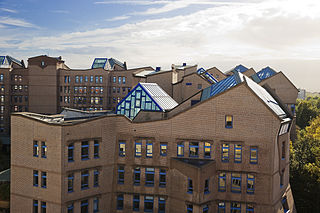 The ING Group is a Dutch multinational banking and financial services corporation headquartered in Amsterdam. Its primary businesses are retail banking, direct banking, commercial banking, investment banking, wholesale banking, private banking, asset management, and insurance services. With total assets of US$1.1 trillion, it is one of the biggest banks in the world. It constantly ranks among the top 30 largest banks globally. It is also among the top 10 in the list of largest European companies by revenue.

The Islamic Development Bank (IsDB) is a multilateral development finance institution that is focused on islamic finance located in Jeddah, Saudi Arabia. There are 57 shareholding member states with the largest single shareholder being Saudi Arabia.

The economy of Asia comprises more than 4.5 billion people living in 49 different nations. Six further states lie partly in Asia, but are considered to belong to another region economically and politically. Asia is the fastest growing economic region, as well as the largest continental economy by both GDP Nominal and PPP in the world. China, Japan, India, South Korea and Indonesia are currently the top five economies in Asia. Moreover, Asia is the site of some of the world's longest modern economic booms, starting from the Japanese economic miracle (1950–1990), Miracle on the Han River (1961–1996) in South Korea, economic boom (1978–2013) in China and economic boom in India (1991–present).

Libyan Foreign Bank (LFB) was established in 1972 in Tripoli, Libya as Libyan Arab Foreign Bank; it was renamed Libyan Foreign Bank in 2005. It was Libya's first offshore banking institution licensed to operate internationally. The Central Bank of Libya owns 100% of LFB. The head office is located in Libya's capital Tripoli.

The African Development Bank Group (AfDB) or Banque Africaine de Développement (BAD) is a multilateral development finance institution. The AfDB was founded in 1964 and comprises three entities: The African Development Bank, the African Development Fund and the Nigeria Trust Fund. The AfDB's mission is to fight poverty and improve living conditions on the continent through promoting the investment of public and private capital in projects and programs that are likely to contribute to the economic and social development of the region. The AfDB is a financial provider to African governments and private companies investing in the regional member countries (RMC). While it was originally headquartered in Abidjan, Côte d'Ivoire, the bank's headquarters moved to Tunis, Tunisia, in 2003, due to the Ivorian civil war; before returning in September 2014.

Arab Banking Corporation is an international bank with headquarters in the Diplomatic Area of Manama, in Bahrain. It was incorporated as a joint stock company in 1980 through a special decree by the Amir of Bahrain. It obtained an offshore banking unit licence from the Bahrain Monetary Agency on 7 April 1980, and began operations in the same month. The bank is listed on the Bahrain Bourse and its major shareholders are the Central Bank of Libya (59.37%) and Kuwait Investment Authority (40.63%). Its network spreads across 17 countries in the Middle East and North Africa (MENA), Europe, the Americas and Asia. It is expanding its retail banking network in the MENA region.

AmBank Group comprises AMMB Holdings Berhad is one of the largest banking groups in Malaysia whose core businesses are retail banking, wholesale banking, islamic banking, and life and general insurance.

Eurasia is the largest continent on Earth, comprising all of Europe and Asia. Located primarily in the Northern and Eastern Hemispheres, it is bordered by the Atlantic Ocean to the west, the Pacific Ocean to the east, the Arctic Ocean to the north, and by Africa, the Mediterranean Sea, and the Indian Ocean to the south. The division between Europe and Asia as two different continents is a historical social construct, with no clear physical separation between them; thus, in some parts of the world, Eurasia is recognized as the largest of the six, five, or even four continents on Earth. In geology, Eurasia is often considered as a single rigid megablock. However, the rigidity of Eurasia is debated based on paleomagnetic data.

The Arab Bank for Economic Development in Africa (BADEA) was established pursuant to the resolution of the 6th Arab Summit Conference at Algiers. The Bank began operations in March 1975. BADEA is a financial institution owned by eighteen Arab countries members of the League of Arab States (LAS) which signed its Establishing Agreement on 18 February 1974. The Bank is an independent International Institution enjoying full international legal status and complete autonomy in administrative and financial matters. It is governed by the provisions of its Establishing Agreement and the principles of international law.

United Overseas Bank Limited is a Singaporean multinational banking organisation headquartered in Singapore, with branches mostly found in most Southeast Asian countries. Founded in 1935 as United Chinese Bank (UCB) by Sarawak businessman Wee Kheng Chiang, the bank was set up together with a group of Chinese-born businessmen. The bank is the third largest bank in Southeast Asia by total assets.

The Belt and Road Initiative (BRI) is a global development strategy adopted by the Chinese government involving infrastructure development and investments in 152 countries and international organizations in Asia, Europe, Africa, the Middle East, and the Americas.