In the early modern period, the Dutch were the pioneers in financial regulation. [2] The first recorded ban (regulation) on short selling was enacted by the Dutch authorities as early as 1610.

The objectives of financial regulators are usually: [3]

Acts empower organizations, government or non-government, to monitor activities and enforce actions. [4] There are various setups and combinations in place for the financial regulatory structure around the globe. [5] [6]

Exchange acts ensure that trading on the exchanges is conducted in a proper manner. Most prominent the pricing process, execution and settlement of trades, direct and efficient trade monitoring. [7] [8]

Asset management supervision or investment acts ensures the frictionless operation of those vehicles. [12]

Banking acts lay down rules for banks which they have to observe when they are being established and when they are carrying on their business. These rules are designed to prevent unwelcome developments that might disrupt the smooth functioning of the banking system. Thus ensuring a strong and efficient banking system. [13] [14]

In most cases, financial regulatory authorities regulate all financial activities. But in some cases, there are specific authorities to regulate each sector of the finance industry, mainly banking, securities, insurance and pensions markets, but in some cases also commodities, futures, forwards, etc. For example, in Australia, the Australian Prudential Regulation Authority (APRA) supervises banks and insurers, while the Australian Securities and Investments Commission (ASIC) is responsible for enforcing financial services and corporations laws.

Sometimes more than one institution regulates and supervises the banking market, normally because, apart from regulatory authorities, central banks also regulate the banking industry. For example, in the USA banking is regulated by a lot of regulators, such as the Federal Reserve System, the Federal Deposit Insurance Corporation, the Office of the Comptroller of the Currency, the National Credit Union Administration, the Office of Thrift Supervision, as well as regulators at the state level. [16]

There are also associations of financial regulatory authorities. At the international level, there is the International Organization of Securities Commissions (IOSCO), the International Association of Insurance Supervisors, the Basel Committee on Banking Supervision, the Joint Forum, and the Financial Stability Board, where national authorities set standards through consensus-based decision-making processes. [17]

The structure of financial regulation has changed significantly in the past two decades,[ when? ] as the legal and geographic boundaries between markets in banking, securities, and insurance have become increasingly "blurred" and globalized.[ citation needed ]

Think-tanks such as the World Pensions Council (WPC) have argued that most European governments pushed dogmatically for the adoption of the Basel II recommendations, adopted in 2005, transposed in European Union law through the Capital Requirements Directive (CRD), effective since 2008. In essence, they forced European banks, and, more importantly, the European Central Bank itself e.g. when gauging the solvency of EU-based financial institutions, to rely more than ever on the standardized assessments of credit risk marketed by two private US agencies- Moody's and S&P, thus using public policy and ultimately taxpayers’ money to strengthen an anti-competitive duopolistic industry.

The problem of psychology and more specifically Apophenia in Finance has been recently exposed in academic journals [18] with however little adjustment to the FCA and SEC regulations such as the "Misleading Statement and Actions" and "Client Best Interest" rules. 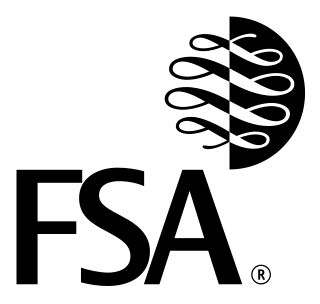 The Financial Services Authority (FSA) was a quasi-judicial body responsible for the regulation of the financial services industry in the United Kingdom between 2001 and 2013. It was founded as the Securities and Investments Board (SIB) in 1985. Its board was appointed by the Treasury, although it operated independently of government. It was structured as a company limited by guarantee and was funded entirely by fees charged to the financial services industry.

Bank regulation is a form of government regulation which subjects banks to certain requirements, restrictions and guidelines, designed to create market transparency between banking institutions and the individuals and corporations with whom they conduct business, among other things. As regulation focusing on key actors in the financial markets, it forms one of the three components of financial law, the other two being case law and self-regulating market practices.

The International Organization of Securities Commissions (IOSCO) is an association of organizations that regulate the world's securities and futures markets. Members are typically primary securities and/or futures regulators in a national jurisdiction or the main financial regulator from each country. Its mandate is to:

The Office of the Superintendent of Financial Institutions is an independent agency of the Government of Canada reporting to the Minister of Finance created "to contribute to public confidence in the Canadian financial system". It is the sole regulator of banks, and the primary regulator of insurance companies, trust companies, loan companies and pension plans in Canada.

The Federal Financial Supervisory Authority better known by its abbreviation BaFin is the financial regulatory authority for Germany. It is an independent federal institution with headquarters in Bonn and Frankfurt and falls under the supervision of the Federal Ministry of Finance (Germany). BaFin supervises about 2,700 banks, 800 financial services institutions and over 700 insurance undertakings.

The most important difference between non-banking financial companies and banks is that NBFCs don't take demand deposits. A non-banking financial institution (NBFI) or non-bank financial company (NBFC) is a financial institution that does not have a full banking license or is not supervised by a national or international banking regulatory agency. NBFI facilitate bank-related financial services, such as investment, risk pooling, contractual savings, and market brokering. Examples of these include insurance firms, pawn shops, cashier's check issuers, check cashing locations, payday lending, currency exchanges, and microloan organizations. Alan Greenspan has identified the role of NBFIs in strengthening an economy, as they provide "multiple alternatives to transform an economy's savings into capital investment which act as backup facilities should the primary form of intermediation fail."

A securities commission is a government department or agency responsible for financial regulation of securities products within a particular country. Its powers and responsibilities vary greatly from country to country, but generally cover the setting of rules as well as enforcing them for financial intermediaries and stock exchanges.

The Financial Services Board (FSB) was the government of South Africa's financial regulatory agency responsible for the non-banking financial services industry in South Africa from 1990 to 2018. It was an independent body which had a mandate to supervise and regulate the non-bank financial services industry in the public interest. This included the regulation of the biggest stock exchange in Africa the Johannesburg Stock Exchange. From 1 April 2018 the FSB was split into prudential and market conduct regulators. 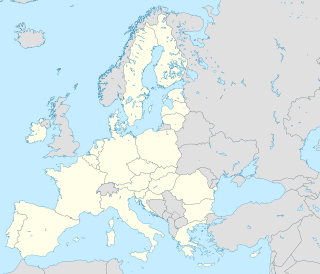 The European Banking Authority (EBA) is a regulatory agency of the European Union headquartered in Paris. Its activities include conducting stress tests on European banks to increase transparency in the European financial system and identifying weaknesses in banks' capital structures. The EBA was established on 1 January 2011, upon which date it inherited all of the tasks and responsibilities of the Committee of European Banking Supervisors (CEBS). After the United Kingdom withdrawal from the European Union referendum the agency has relocated to Paris. 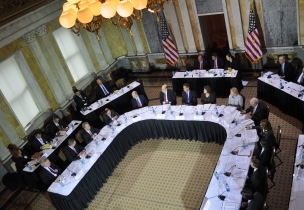 The Financial Stability Oversight Council (FSOC) is a United States federal government organization, established by Title I of the Dodd–Frank Wall Street Reform and Consumer Protection Act, which was signed into law by President Barack Obama on July 21, 2010. The Office of Financial Research is intended to provide support to the council. 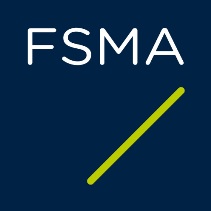 The Financial Services and Markets Authority (FSMA) is the financial regulatory agency in Belgium.

The financial system of Bangladesh consists of three broad sectors. They are

Swissquote Group Holding SA is a Swiss banking group specialising in the provision of online financial and trading services. The Group's shares have been listed on the SIX Swiss Exchange under the ticker symbol “SQN” since 29 May 2000. The Group's headquarters are located in Gland, Switzerland. The company also has offices in Zurich, Bern, Dubai, Malta, London and Hong Kong. The Group has 545 employees.