A custodian bank, or simply custodian, is a specialized financial institution responsible for safeguarding a firm's or individual's financial assets and is not engaged in "traditional" commercial or consumer/retail banking such as mortgage or personal lending, branch banking, personal accounts, Automated Teller Machines (ATMs) and so forth. The role of a custodian in such a case would be to:

Using US definitions, a person who owns street name securities and who is not a member of an exchange, holds the securities through a registration chain which involves one or more custodians. This is due to the perceived impracticality of registering traded securities in the name of each individual holder; instead, the custodian or custodians are registered as the holders and hold the securities in a fiduciary arrangement for the ultimate security holders. However, the ultimate security holders are still the legal owners of the securities. They are not merely beneficiaries of the custodian as a trustee. The custodian does not become at any point the owner of the securities, but is only a part of the registration chain linking the owners to the securities. Global securities safekeeping practices vary substantially with markets such as the UK, Australia and South Africa encouraging designated securities accounts in order to permit shareholder identification by companies.

The definition of "shareholder" is generally upheld by corporate law rather than securities law. One role of custodians (which may or may not be enforced by securities regulation) is to facilitate the exercise of share ownership rights, for example and processing dividends and other payments, corporate actions, the proceeds of a stock split or a reverse stock split, the ability to vote in the company's annual general meeting (AGM), information and reports sent from the company and so forth. The extent to which such services are offered are a function of the client agreement together with relevant market rules, regulations and laws.

Custodian banks are often referred to as global custodians if they safe keep assets for their clients in multiple jurisdictions around the world, using their own local branches or other local custodian banks ("sub-custodian" or "agent banks") with which they contract to be in their "global network" in each market to hold accounts for their respective clients. Assets held in such a manner are typically owned by larger institutional firms with a considerable number of investments such as banks, insurance companies, mutual funds, hedge funds and pension funds.

In relation to American depositary receipts (ADRs), a local custodian bank (also known as a sub-custodian or agent bank) is a bank in a country outside the United States that holds the corresponding number of shares of stock trading on the home stock market represented by an ADR trading in the USA, with each multiple representing some multiple of the underlying foreign share. This multiple allows the ADRs to possess a price per share conventional for the US market (typically between $20 and $50 per share) even if the price of the foreign share is unconventional when converted to US dollars directly. This bank acts as custodian bank for the company that issues the ADRs in the US stock. [2]

According to the Internal Revenue Code (IRC) in the US, various retirement accounts such as: Traditional IRAs, Roth IRA, SEP IRA, or 401k plan accounts require that a qualified trustee, or custodian, hold IRA assets on behalf of the IRA owner. The trustee/custodian provides custody of the assets, processes all transactions, maintains other records pertaining to them, files the required IRS reports, issues client statements, helps clients understand the rules and regulations pertaining to certain prohibited transactions, and performs other administrative duties on behalf of the self-directed retirement account owner.

A Mutual Fund Custodian refers typically to a custodian bank or trust company (a special type of financial institution regulated like a "bank"), or similar financial institution responsible for holding and safeguarding the securities owned by a mutual fund. A mutual fund's custodian may also act as one or more service agents for the mutual fund such as being the fund accountant, administrator and/or transfer agent which maintains shareholder records and disburses periodic dividends or capital gains, if any, distributed by the fund. The vast majority of funds use a third party custodian as required by SEC regulation to avoid complex rules and requirements about self-custody.

A mutual fund retirement account (IRA, SEP etc.) custodian, however, refers to the plan administrator and recordkeeper such as noted above, which may not necessarily be the same institution providing custody services to the investments of the overall fund.

State Street Corporation is an American financial services and bank holding company headquartered at One Lincoln Street in Boston with operations worldwide. It is the second-oldest continually operating United States bank; its predecessor, Union Bank, was founded in 1792. State Street is ranked 15th on the list of largest banks in the United States by assets. It is one of the largest asset management companies in the world with US$2.511 trillion under management and US$31.62 trillion under custody and administration. It is the second largest custodian bank in the world.

A mutual fund is an open-end professionally managed investment fund that pools money from many investors to purchase securities. These investors may be retail or institutional in nature. The term is typically used in the United States and India, while similar structures across the globe include the SICAV in Europe and open-ended investment company (OEIC) in the UK.

A trust company is a corporation that acts as a fiduciary, trustee or agent of trusts and agencies. A professional trust company may be independently owned or owned by, for example, a bank or a law firm, and which specializes in being a trustee of various kinds of trusts.

Value Line, Inc. is an independent investment research and financial publishing firm based in New York City, New York, United States, founded in 1931 by Arnold Bernhard. Value Line is best known for publishing The Value Line Investment Survey, a stock analysis newsletter that is among the most highly regarded and widely used independent investment research resources in global investment and trading markets, tracking approximately 1,700 publicly traded stocks in over 99 industries.

State Street Bank and Trust Company simply State Street is the largest custodian bank in the world organized as a Massachusetts trust company specializing in services to mutual funds and their advisers, collective investment funds, corporate and public pension funds, insurance companies, operating companies and non-profit organizations. It is a subsidiary of the State Street Corporation, and used to also provide retail banking and commercial lending products until it sold off that division in 1999 to Citizens Financial Group, of Providence, Rhode Island. The retail banking and commercial lending units were sold for $350 million. Assets under administration (AuA) $7 trillion 2Q 2017.

In finance, securities lending or stock lending refers to the lending of securities by one party to another.

In U.S. financial law, a unit investment trust (UIT) is an exchange-traded mutual fund offering a fixed (unmanaged) portfolio of securities having a definite life. Unlike open-end and closed-end investment companies, a UIT has no board of directors. A UIT is registered with the Securities and Exchange Commission under the Investment Company Act of 1940 and is classified as an investment company. UITs are assembled by a sponsor and sold through brokerage firms to investors.

Northern Trust Corporation is a financial services company headquartered in Chicago, Illinois that caters to corporations, institutional investors, and ultra high net worth individuals. It is one of the largest banks in the United States and one of the oldest banks in continuous operation. As of December 31, 2018, it had $1.07 trillion in assets under management and $10.13 trillion in assets under custody. Northern Trust Corporation is incorporated in Delaware.

A self-directed individual retirement account is an individual retirement account (IRA), provided by some financial institutions in the United States, which allows alternative investments for retirement savings. Some examples of these alternative investments are: real estate, private mortgages, private company stock, oil and gas limited partnerships, precious metals, horses, and intellectual property. The complexity of the rules for self-directed IRA's prompted the SEC to issue a public notice in 2011 against an increased risk of fraud.

A custodial account is a financial account set up for the benefit of a beneficiary, and administered by a responsible person, known as a legal guardian or custodian, who has a fiduciary obligation to the beneficiary.

An investment fund is a way of investing money alongside other investors in order to benefit from the inherent advantages of working as part of a group. These advantages include an ability to:

A stable value fund is a type of investment available in 401(k) plans and other defined contribution plans as well as some 529 or tuition assistance plans. Stable value funds are often made available in these plans under a name that intends to describe the nature of the fund. They offer principal preservation, predictable returns, and a rate higher than similar options without proportionately increasing risk. The funds are structured in various ways, but in general they are composed of high quality, diversified fixed income portfolios that are protected against interest rate volatility by contracts from banks and insurance companies. For example, a stable value fund may hold highly rated government or corporate debt, asset-backed securities, residential and commercial mortgage-backed securities, and cash equivalents. Stable value funds are designed to preserve principal while providing steady, positive returns, and are considered one of the lowest risk investment options offered in 401(k) plans. Stable value funds have recently been returning an annualized average of 2.72% as of October 2014, higher than the 0.08% offered by money-market funds, and are offered in 165,000 retirement plans.

A gold IRA or precious metals IRA is an Individual Retirement Account in which physical gold or other approved precious metals are held in custody for the benefit of the IRA account owner. It functions the same as a regular IRA, only instead of holding paper assets, it holds physical bullion coins or bars. Precious metals IRAs are usually self-directed IRAs, a type of IRA where the custodian allows more diverse investments to be held in the account. 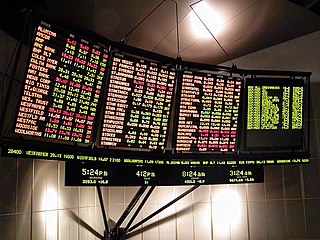