It was founded in 1871 as the Association for the Improvement of Geometrical Teaching and renamed to the Mathematical Association in 1894. [1] [2] It was the first teachers' subject organisation formed in England. In March 1927, it held a three-day meeting in Grantham to commemorate the bicentenary of the death of Sir Isaac Newton, attended by Sir J. J. Thomson (discoverer of the electron), Sir Frank Watson Dyson – the Astronomer Royal, Sir Horace Lamb, and G. H. Hardy.

It exists to "bring about improvements in the teaching of mathematics and its applications, and to provide a means of communication among students and teachers of mathematics". [3] Since 1894 it has published The Mathematical Gazette . It is one of the participating bodies in the quadrennial British Congress of Mathematics Education, organised by the Joint Mathematical Council, and it holds its annual general meeting as part of the Congress. [4]

It is based in the south-east of Leicester on London Road (A6), just south of the Charles Frears campus of De Montfort University.

Aside from the Council, it has seven other specialist committees.

Its branches are sometimes shared with the ATM:

Past presidents of The Association for the Improvement of Geometrical Teaching included:

Past presidents of The Mathematical Association have included: 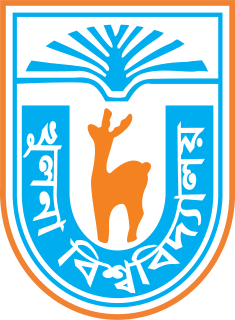 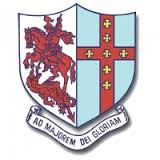 St. George's College is an all-male, Roman Catholic high school in Kingston, Jamaica; as of 2005, the College opened its Pre-University Programme to female students. It was established 1850 by 21 Spanish Jesuits who had been exiled from Colombia as part of a religious persecution. Today, it is one of the oldest and most respected learning institutions in the country, having produced at least six Rhodes Scholars.

Dover Grammar School for Boys is a selective secondary school located in Dover, United Kingdom. The school is situated next to Astor College, a non-selective school.

American University of Nigeria (AUN) is a private university in Yola, Nigeria. She offers an American style of higher education at undergraduate, graduate, and professional levels. Founded in 2004, as the first American-style university in Sub-Saharan Africa. AUN is accredited by the National Universities Commission (NUC).

York University Faculty of Health was founded in 2006. Led by Dean Paul McDonald, it is based in Toronto, Ontario, Canada and is part of York University's campus of 50,000 students.

The Wellcome Institute for the History of Medicine (1968–1999) was a London centre for the study and teaching of medical history. It consisted of the Wellcome Library and an Academic Unit. The former was and is a world-class library collection owned and managed by the Wellcome Trust and staffed by librarians including academic librarians who held honorary lectureships at University College London. The Academic Unit was a group of university staff appointed at University College London that conducted a program of university teaching, thesis supervision, seminars, conferences and publications.

The University of Oxford introduced Titles of Distinction for senior academics in the 1990s. These are not established chairs, which are posts funded by endowment for academics with a distinguished career in British and European universities. However, since there was a limited number of established chairs in these universities and an abundance of distinguished academics it was decided to introduce these Titles of Distinction. Professor and reader were conferred annually, with Professor being the most senior.

Amanda G. Chetwynd is a British mathematician and statistician specializing in combinatorics and spatial statistics. She is Professor of Mathematics and Statistics and Provost for Student Experience, Colleges and the Library at Lancaster University, and a Principal Fellow of the Higher Education Academy.