Mindy Lee Sterling (born July 11, 1953) [1] is an American actress and voice actress. She portrayed Frau Farbissina in the Austin Powers series of comedy films, Principal Susan Skidmore on the Disney Channel series A.N.T. Farm , Ms. Endive in the Cartoon Network series Chowder , and on Nickelodeon as Lin Beifong in The Legend of Korra , and Miss Francine Briggs on iCarly .

Sterling was born in Paterson, New Jersey. Her father is actor and comedian Dick Sterling. Her mother was a dancer. She has one brother, Mark Sterling. She is Jewish. [2] [3]

Around 1973, Sterling landed a recurring role on the syndicated children's series Dusty's Treehouse . She later joined the L.A.-based comedy troupe The Groundlings.

Despite having starred in numerous films in the 1980s and 1990s, it was her character Frau Farbissina, the diminutive and domineering Germanic cohort of Dr. Evil (Mike Myers) in Austin Powers: International Man of Mystery , that brought Sterling high praise for her work in films. In 1999, following the success of Austin Powers: The Spy Who Shagged Me , Sterling appeared in Drop Dead Gorgeous (also 1999), [4] and later reprised the character in Austin Powers in Goldmember . [5]

In 2000, she played one of the townspeople in the live-action adaptation of How the Grinch Stole Christmas , and also provided additional voices in the 2018 CGI version, The Grinch . In 2012, she appeared in a book trailer for a parody of The Hunger Games entitled The Hunger Pains .

From 1990-91, she was one of the comedians in the satirical show On the Television . Sterling plays Christian Slater's secretary Arlene Scott in the show My Own Worst Enemy . She also played Judge Foodie on the Disney show That's So Raven and a volleyball coach on The Suite Life of Zack & Cody . She appeared as the wedding planner on the Friends episode "The One with Barry and Mindy's Wedding" in 1996, and in 2004, as the casting director on the episode "Joey and the Big Audition" of Joey .

Sterling has achieved success in teen sitcoms, playing Ms. Francine Briggs on iCarly , and in A.N.T. Farm as Principal Susan Skidmore. On April 25, 2013 before the finale of the second season of A.N.T. Farm, Sterling announced she would not be appearing on the show's third season due to family obligations. She announced in June 2012 that she may return in the fourth season, with guest appearances in season three.[ citation needed ]

In 2000, Sterling appeared as a celebrity guest on Hollywood Squares . She returned to the show in 2002. Between 2002 and 2004, Sterling made guest appearances on the Donny Osmond version of the game show Pyramid . In 2010, she had a recurring role as bitter neighbour Mitzi Kinsky in Desperate Housewives . In 2013, she currently stars as Janice Nugent in the comedy series Legit . In 2018, she appeared in Netflix's A Series of Unfortunate Events .

Sterling was diagnosed with breast cancer after a routine mammogram in 1998. After a lumpectomy, chemotherapy, radiation treatment and tamoxifen, she has remained cancer-free. [6] 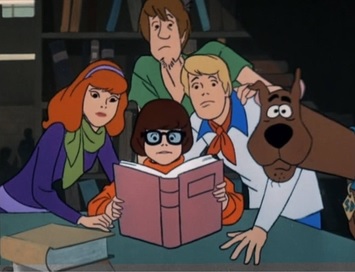 Scooby-Doo is an American animated franchise comprising many animated television series produced from 1969 to the present, as well as its derivative media. Writers Joe Ruby and Ken Spears created the original series Scooby-Doo, Where Are You! for Hanna-Barbera Productions in 1969. This Saturday-morning cartoon series featured teenagers Fred Jones, Daphne Blake, Velma Dinkley, and Norville "Shaggy" Rogers and their talking brown Great Dane named Scooby-Doo who solve mysteries involving supposedly supernatural creatures through a series of antics and mis-steps.

Mindy Cohn is an American actress, voice actress, singer and comedian. She is known for her role as Natalie Green in the sitcom The Facts of Life, and for being the voice of Velma Dinkley in the Scooby-Doo franchise from 2002 to 2015. She resides in Beverly Hills. 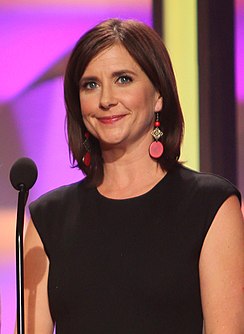 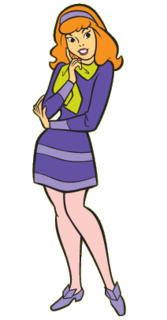 Daphne Blake is a fictional character in the Scooby-Doo franchise. Daphne, depicted as coming from a wealthy family, is noted for her orange hair, lavender heels, fashion sense, and her knack for getting into danger, hence the nickname "Danger Prone Daphne". She has appeared in more adaptations than the other characters, aside from Shaggy Rogers and Scooby-Doo. 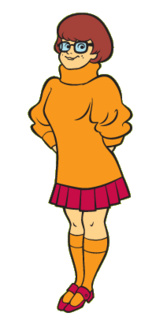 Velma Dinkley is a fictional character in the Scooby-Doo franchise. She is usually seen wearing a baggy orange turtleneck, short red pleated skirt, knee socks, Mary Jane shoes, and most prominently, a pair of square glasses, which she frequently loses. She is seen as the brains of the group. 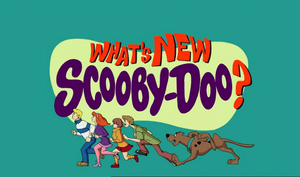 What's New, Scooby-Doo? is an American animated mystery comedy television series produced by Warner Bros. Animation for Kids' WB; it is the ninth incarnation of the Scooby-Doo franchise that began with Hanna-Barbera's Scooby-Doo, Where Are You! and the first Scooby-Doo series in a decade, since A Pup Named Scooby-Doo ended in 1991 and the first since both the foreclosure of Hanna-Barbera studios and William Hanna's death in 2001.

The Wubbulous World of Dr. Seuss is an American live-action/puppet television series based on characters created by Dr. Seuss, produced by The Jim Henson Company. It aired from October 13, 1996, to December 28, 1998, on Nickelodeon. It also aired on Noggin from 1999 to 2002. It is notable for its use of live puppets with digitally animated backgrounds, and in its first season, for refashioning characters and themes from the original Dr. Seuss books into new stories that often retained much of the flavor of Dr. Seuss' own works. 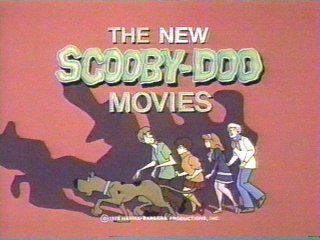 The New Scooby-Doo Movies is an American animated mystery comedy television series produced by Hanna-Barbera for CBS. It is the second animated television series in the studio's Scooby-Doo franchise, and follows the first incarnation, Scooby-Doo, Where Are You! It premiered on September 9, 1972, and ran for two seasons on CBS as the only hour-long Scooby-Doo series. Twenty-four episodes were produced, 16 for the 1972–73 season and eight more for the 1973–74 season. 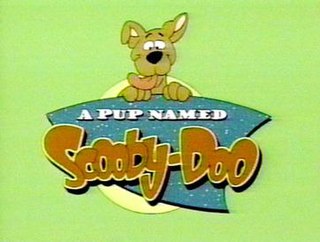 A Pup Named Scooby-Doo is a 1988-1991 American animated mystery comedy series produced by Hanna-Barbera. It is the eighth incarnation of the studio's Scooby-Doo franchise and depicts younger versions of the title character and his human companions as they solve mysteries, similar to the original television series. The series was developed by Tom Ruegger and premiered on September 10, 1988, airing for four seasons on ABC as well as during the syndicated block The Funtastic World of Hanna-Barbera until August 17, 1991. 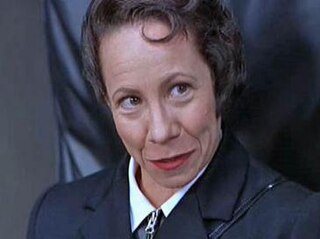 Frau Farbissina is a fictional character played by Mindy Sterling in the Austin Powers film series. Farbissina is a German attack and defence specialist and the founder of "the militant wing of the Salvation Army". She is also Dr. Evil's henchwoman and tries to help in his schemes to terrorize and take over the world. She has a heavy German accent and is well known for a running gag in which she shouts her orders needlessly loud and screeching, often startling Dr. Evil. For her performances, Sterling was nominated for Favorite Supporting Actress in a Comedy at the BMI Film & TV Awards.

Toph Beifong is a fictional character in Nickelodeon's animated television series Avatar: The Last Airbender and The Legend of Korra, voiced by Jessie Flower in the original series and Kate Higgins and Philece Sampler in the sequel series.

Chowder is an American animated television series created by C. H. Greenblatt for Cartoon Network that premiered in the United States on November 2, 2007. The series follows an aspiring young child named Chowder and his day-to-day adventures as an apprentice in Chef Mung Daal's catering company. Although he means well, Chowder often finds himself in predicaments due to his perpetual appetite and his nature as a scatterbrain. The series is animated with both traditional animation in Toon Boom and Adobe Flash as well as short stop motion and puppet sequences that are inter-cut into the episodes, and that run over the end credits.

Scooby-Doo! Mystery Incorporated is an American animated mystery comedy-drama series; the series serves as the eleventh incarnation of the Scooby-Doo media franchise created by Hanna-Barbera, as well as the first that was not originally run on Saturday mornings. The series is produced by Warner Bros. Animation and Cartoon Network UK and premiered in the United States on Cartoon Network on April 5, 2010, with the next twelve episodes continuing, and the first episode re-airing, on July 12, 2010. The series concluded on April 5, 2013, after two seasons and fifty-two episodes.

The Legend of Korra is an American animated television series created by Bryan Konietzko and Michael Dante DiMartino for Nickelodeon that aired from April 14, 2012 to December 19, 2014. A sequel to Konietzko and DiMartino's previous series Avatar: The Last Airbender, which aired from 2005 to 2008, the series is animated in a style strongly influenced by anime with most of the episodes being animated by South Korea's Studio Mir, and some by Japan's Pierrot.

Avatar Korra is the title lead character in Nickelodeon's animated television series The Legend of Korra, in which she is depicted as the current incarnation of Raava's Avatar – the spiritual embodiment of balance and change – responsible for maintaining peace and harmony in the world. She is the immediate reincarnation of Avatar Aang. The character was created by Michael Dante DiMartino and Bryan Konietzko and is voiced by Janet Varney.

Book One: Air is the first season of the U.S. animated TV series The Legend of Korra created by Michael Dante DiMartino and Bryan Konietzko. Consisting of twelve episodes, it was initially intended to be a stand-alone miniseries before the series was expanded to four seasons ("books") and fifty-two episodes ("chapters") total. Book One: Air aired from April 14 to June 23, 2012, on the Nickelodeon channel in the U.S., and is broadcast in other countries beginning in June 2012.

Bolin is a major fictional character in Nickelodeon's animated television series The Legend of Korra, which aired from 2012 to 2014. The character and the series, a sequel to Avatar: The Last Airbender, were created by Michael Dante DiMartino and Bryan Konietzko. He is voiced by P. J. Byrne. Bolin is able to manipulate the classical element of earth, which is known as earthbending. It is revealed in the third season that he is also able to create and control lava, which is a very rare sub-ability called lavabending. 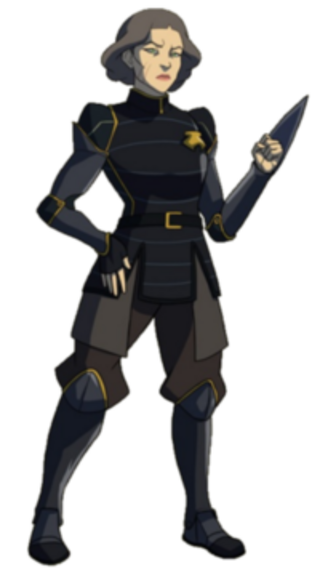 Lin Beifong is a major character, voiced by Mindy Sterling, in Nickelodeon's animated television series The Legend of Korra, which aired from 2012 to 2014. The character and the series, a sequel to Avatar: The Last Airbender, were created by Michael Dante DiMartino and Bryan Konietzko. Lin's mother, Toph Beifong, greatly aided the previous avatar, Aang, in his efforts to save the Earth Kingdom from destruction. Lin is the older of Toph's two offspring.