One Day I'm Going to Soar

The first two minutes of the first track of the album were uploaded to YouTube on 8 February 2012. [18] The track "Nowhere Is Home" was played on the radio for the first time on Radcliffe and Maconie's 6music show on 9 March 2012, as well as being made available for free download via the band's SoundCloud page. [19] [20] Speaking on the 6music show, Kevin Rowland explained the 27-year gap between albums "I wanted to have material that I felt confident enough about ... I’ve got high standards, and that’s a blessing and a curse. The perfectionism hasn’t gone, although these days I won’t storm out of a room swearing and shouting at people." [21]

Dexys' live shows surrounding the album's release consisted of the album in its entirety, followed by a selection of the band's older material. [22]

On Dexys' official YouTube account, they have released 2 videos for "She Got a Wiggle" and "Incapable of Love". [24] 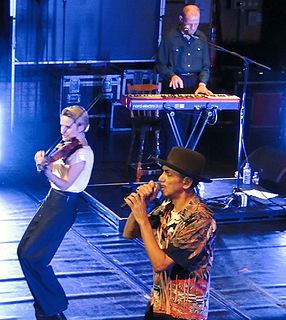 Michael "Mick" Talbot is an English keyboardist, songwriter, composer and record producer. In a career spanning more than 30 years, Talbot is probably best known as a founder of The Style Council. Talbot has been a member of Dexys Midnight Runners, The Power Station The Merton Parkas, and The Bureau. 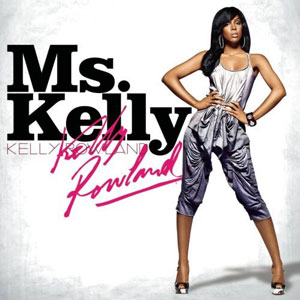 Ms. Kelly is the second solo studio album by American recording artist Kelly Rowland. It was released on June 20, 2007 through Columbia Records in collaboration with Music World Entertainment. Originally titled My Story and expected for a mid-2006 release, the album marked Rowland's first solo studio album in four years. Retitled and delayed numerous times prior to its official release, the album's release date was eventually moved to 2007 in favor of a multi-tiered marketing strategy and additional recording sessions. Willed to produce a more personal effort after her debut studio album Simply Deep (2002), Rowland contributed nine tracks to the reworked Ms. Kelly, which took her solo work further into urban music markets, involving production by Scott Storch, Polow da Don, Soulshock & Karlin and singer Tank, among others.

The Wanderer is a solo album by Kevin Rowland, lead singer of Dexys Midnight Runners. It was released in 1988 as his solo debut, three years after the third Dexys album, Don't Stand Me Down.