The euro is the official currency of 19 of the 28 member states of the European Union. This group of states is known as the eurozone or euro area, and counts about 343 million citizens as of 2019. The euro is the second largest and second most traded currency in the foreign exchange market after the United States dollar. The euro is divided into 100 cents.

All of them featured the reigning monarch on the obverse, and until Queen Beatrix in 1982, the national Coat of Arms on the reverse. At the time of its demonetisation, the guilder was the third-highest denomination coin in the Netherlands.

The first guilder coin was struck from 1818 to 1837 as a 0.893 silver coin. It measured 30mm in diameter and weighed 10.766g. The coins of the first year of mintage have a wider diameter of 30.5mm. [1] The obverse [2] featured a portrait of King William I of the Netherlands facing right, with the inscription WILLEM KONING on his left and DER NED.(erlanden) G.(root) H.(ertog) V.(an) L.(uxemburg) on the right (meaning 'William King of the Netherlands, Grand Duke of Luxembourg'. The reverse [3] featured the Dutch coat of arms with '1' and 'G' either side of the coat of arms and '100C' below. The date was split at the top and the inscription read MUNT VAN HET KONINGRYK DER NEDERLANDEN (meaning 'Coin of the Kingdom of the Netherlands'). 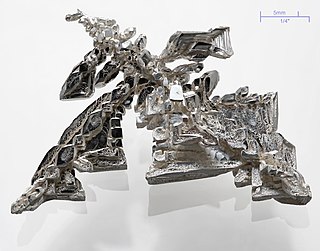 The third guilder coin featured King William III of the Netherlands facing right. All other aspects were identical to the coin under the reign of William II. [5]

From 1892 to 1897 a portrait of the young new Queen Wilhelmina of the Netherlands featured on the obverse, with the inscription WILHELMINA KONINGIN DER NEDERLANDEN (Wilhelmina Queen of the Netherlands) as the duchy of Luxembourg had been passed to Adolphe I. Otherwise, the coin retained the same design specifications. [6] From 1898 to 1909 a different portrait featured, with the sculptor's name P. PANDER, underneath. [7] A third portrait featured from 1910 to 1917. [8] 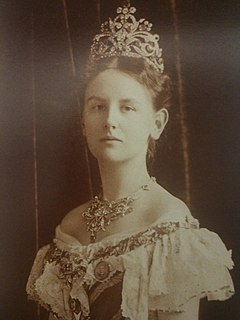 Wilhelmina was Queen of the Netherlands from 1890 until her abdication in 1948.

The coins bearing the fourth portrait of Wilhelmina, from 1922 to 1945, were downgraded to 0.720 silver, which lowered their weight to 9.9g. Three different privy marks were issued: a seahorse from 1922 to 1931, grapes from 1938 to 1940 and an acorn from 1941 to 1945. During the Nazi German occupation of the Netherlands, no guilder coins were issued of the zinc coins circualted by the Nazis, but Dutch guilder coins were struck in the United States. In 1943 they were struck at the Denver Mint in Colorado and in 1944 at the Philadelphia Mint in Pennsylvania and the San Francisco Mint in California. In 1945, 25,375,000 were issued in Philadelphia. [9]

In 1980, 30.5 million commemorative guilder coins were issued, for the investiture of Queen Beatrix of the Netherlands. She featured on the obverse in front of her mother Juliana, with the date 30 April 1980 above. The denomination on the reverse was written in full at the bottom next to the country name. [12]

In 2001, the final year of the guilder, a commemorative was issued in the same specifications with 16,045,000 in circulation and 32,000 in proof. The obverse had a different portrait of Queen Beatrix with her title spiralling around her, and the reverse, designed by Tim van Melis, featured a very simplified version of the lion on the Dutch coat of arms. [14]

Christopher Ironside FSIA 1970, OBE 1971, FRBS 1977 was an English painter and coin designer, particularly known for the reverse sides of the new British coins issued on decimalisation in 1971.

The Dutch One guilder coin struck under the reign of King William II was a unit of currency in the Netherlands. 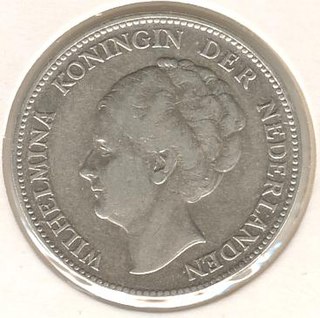 The Dutch 1 guilder coin struck under the reign of Queen Wilhelmina was a unit of currency in the Netherlands.

The Indian 10-rupee coin is a denomination of the Indian rupee. The ₹10 coin is the highest-denomination coin minted in India since its introduction in 2005. The present ₹10 coin in circulation is from the 2019 design. However, the previous ₹10 coins minted before 2019 are also legal tender in India. All ₹10 coins containing with and without the rupee currency sign are legal tender, as stated by the Reserve Bank of India. Along with the standard designs, there are 21 different designs for this denomination and are minted as circulating commemorative coins, this is used alongside the 10 rupee banknote.

The Philippine two peso coin (₱2) was a denomination of Philippine currency. It was minted by the Bangko Sentral ng Pilipinas from 1983 to 1994 and was demonetized in 1998.

The Philippine fifty centavo coin (50¢) was a denomination of Philippine currency. It was minted from 1880 to 1994 and was demonetized in 1998.