The Open Rights Group (ORG) is a UK-based organisation that works to preserve digital rights and freedoms by campaigning on digital rights issues and by fostering a community of grassroots activists. It campaigns on numerous issues including mass surveillance, internet filtering and censorship, and intellectual property rights.

The organisation was started by Danny O'Brien, Cory Doctorow, Ian Brown, Rufus Pollock, James Cronin, Stefan Magdalinski, Louise Ferguson and Suw Charman after a panel discussion at Open Tech 2005. [1] O'Brien created a pledge on PledgeBank, placed on 23 July 2005, with a deadline of 25 December 2005: "I will create a standing order of 5 pounds per month to support an organisation that will campaign for digital rights in the UK but only if 1,000 other people will too." The pledge reached 1000 people on 29 November 2005. [2] [3] The Open Rights Group was launched at a "sell-out" meeting in Soho, London. [4] [5]

The group has made submissions to the All Party Internet Group (APIG) inquiry into digital rights management [6] [7] and the Gowers Review of Intellectual Property. [8] [9]

The group was honoured in the 2008 Privacy International Big Brother Awards alongside No2ID, Liberty, Genewatch UK and others, as a recognition of their efforts to keep state and corporate mass surveillance at bay. [10]

The organisation, though focused on the impact of digital technology on the liberty of UK citizens, operates with an apparently wide range of interests within that category. Its interests include: [13] [14]

ORG has a paid staff, [15] whose members include:

Advisory council and board of directors

In addition to staff members and volunteers, there is an advisory panel of over thirty members, and a Board of Directors, which oversees the group's work, staff, fundraising and policy. [19] The current board members are:

In January 2015, the Open Rights Group announced the formation of a Scottish Advisory Council which will be handling matters relating to Scottish digital rights and campaigns. The Advisory Council is made up of:

From the existing UK Advisory Council:

And from the Open Rights Group Board:

One of the first projects is to raise awareness and opposition to the Scottish Identity Database.

ORGCON was the first ever conference dedicated to digital rights in the UK, [20] marketed as "a crash course in digital rights". It was held for the first time in 2010 at City University in London and included keynote talks from Cory Doctorow, politicians and similar pressure groups including Liberty, NO2ID and Big Brother Watch. ORGCON has since been held in 2012, 2013, 2014, 2017, and 2019 where the keynote was given by Edward Snowden. 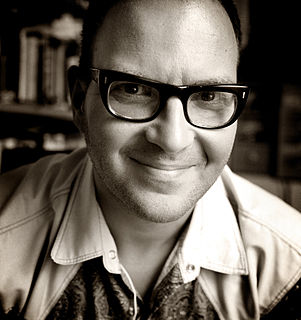 Cory Efram Doctorow is a Canadian-British blogger, journalist, and science fiction author who served as co-editor of the blog Boing Boing. He is an activist in favour of liberalising copyright laws and a proponent of the Creative Commons organization, using some of their licences for his books. Some common themes of his work include digital rights management, file sharing, and post-scarcity economics.

Liberty, formally called the National Council for Civil Liberties (NCCL), is an advocacy group and membership organisation based in the United Kingdom, which campaigns to challenge injustice, protect civil liberties and promote human rights – through the courts, in Parliament and in the wider community. 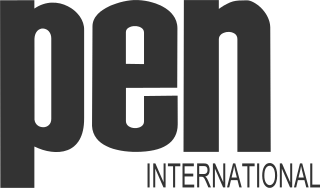 PEN International is a worldwide association of writers, founded in London in 1921 to promote friendship and intellectual co-operation among writers everywhere. The association has autonomous International PEN centers in over 100 countries.

Boing Boing is a website, first established as a zine in 1988, later becoming a group blog. Common topics and themes include technology, futurism, science fiction, gadgets, intellectual property, Disney, and left-wing politics. It twice won the Bloggies for Weblog of the Year, in 2004 and 2005. The editors are Mark Frauenfelder, David Pescovitz, Xeni Jardin and Rob Beschizza, and the publisher is Jason Weisberger. 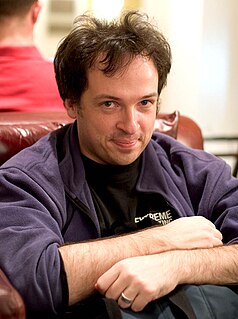 Danny O'Brien is a British technology journalist and civil liberties activist. He is the International Director of the Electronic Frontier Foundation.

Index on Censorship is an organization campaigning for freedom of expression, which produces a quarterly magazine of the same name from London. It is directed by the non-profit-making Writers and Scholars International, Ltd. (WSI) in association with the UK-registered charity Index on Censorship, which are both chaired by the British television broadcaster, writer and former politician Trevor Phillips. Index is based at 1 Rivington Place in central London.

NO2ID is a public campaign group, formed in 2004 to campaign against the United Kingdom government's plans to introduce UK ID Cards and the associated National Identity Register (NIR), which it believes has negative implications for privacy, civil liberties and personal safety. The NIR and ID cards were repealed in 2010 by the Identity Documents Act of that year; since then, it has been involved in other campaigns.

Stop Murder Music is a campaign to oppose Caribbean artists that produce music with lyrics alleged to glorify murder of homosexual men. The campaign was mainly against Jamaican musicians, primarily dancehall and reggae artists such as Buju Banton, Bounty Killer, and the Bobo Ashanti Rastafarians Sizzla and Capleton.

LGBT+ Labour, the Labour Campaign for Lesbian, Gay, Bisexual and Transgender Rights, is a socialist society related to the Labour Party in the United Kingdom. Originally called the Gay Labour Group, the purpose of this organisation is to campaign within the Labour Party and wider Labour movement to promote the rights of lesbian, gay, bisexual and transgender (LGBT) peoples, and to encourage members of the LGBT community to support the Labour Party.

The Press Freedom Index is an annual ranking of countries compiled and published by Reporters Without Borders since 2002 based upon the organisation's own assessment of the countries' press freedom records in the previous year. It intends to reflect the degree of freedom that journalists, news organisations, and netizens have in each country, and the efforts made by authorities to respect this freedom. Reporters Without Borders is careful to note that the index only deals with press freedom and does not measure the quality of journalism nor does it look at human rights violations in general.

The Australian Muslim Civil Rights Advocacy Network (AMCRAN) was established in April 2004 after the arrest and detention of medical student Izhar ul-Haque in Sydney on terrorism related charges of attending a training camp in Pakistan. The organisation aims to prevent the erosion of the civil rights of all Australians, and to do this through providing a Muslim perspective in the civil rights debate. It engages in political lobbying and legislative reform, grassroots community education, collaboration with both Muslim and non-Muslim organisations on civil rights, and communication to wider Australian society through the media.

Meredith L. Patterson is an American technologist, science fiction writer, and journalist. She has spoken at numerous industry conferences on a wide range of topics. She is also a blogger and software developer, and a leading figure in the biopunk movement. 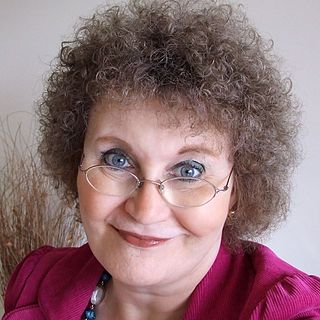 Christine Burns, MBE is a British political activist best known for her work with Press for Change and, more recently, as an internationally recognized health adviser. Burns was awarded an MBE in 2005 in recognition of her work representing transgender people. In 2011, she ranked 35th on the Independent on Sunday's annual Pink List of influential lesbian, gay, bisexual and transgender people in the United Kingdom.

Fahamu is a not-for-profit organisation committed to serving the needs of organisations and social movements that inspire progressive social change and promote and protect human rights. It has played a pioneering role in using new information and communication technologies to support capacity building and networking between civil society and human rights organisations. Fahamu has offices in the United Kingdom, South Africa, Senegal and Kenya. Fahamu's core tools to build capacity and engage civil and human rights organisations are the publication of Pambazuka News, on-line distance learning courses on human rights and social justice and the application of new technologies such as SMS for information dissemination, lobbying and interaction purposes. 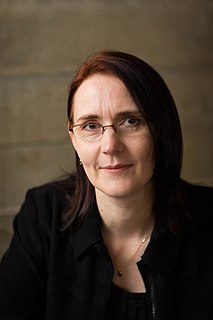 Suw Charman-Anderson is the former Executive Director of the Open Rights Group, a campaign group based in London. She is also a journalist, social software consultant, blogger and public speaker. On 15 February 2008 she married Kevin Anderson. Named one of the "50 most influential Britons in technology" by The Daily Telegraph, she has also worked to gain recognition for other women in technological fields, including by founding Ada Lovelace Day.

Scotland Against Criminalising Communities (SACC) is a voluntary grassroots organisation that campaigns against Britain's terrorism laws, including detention without charge or trial, and other laws that have the effect of criminalising political activity. SACC works in solidarity with those communities most affected by the anti-terrorism laws and it has also campaigned on a number of other human rights issues closely related to the 'war on terror'. SACC argues that terrorism laws are unnecessary and unjust and crimes connected with terrorism are better dealt with by ordinary criminal law. Richard Haley, SACC's chair, argues that the British government's international politics adversely influences the administration of justice in Scotland.

Copyright law of South Korea is regulated by the Copyright Act of 1957. It has been amended several times, with a recent 2009 revision introducing a three strikes policy for online copyright infringement.