Penny Warner is an American mystery writer who has won multiple Agatha Awards. She has also written more than 50 books on subjects ranging from cooking to parenting guides to party and activity books. [1]

Warner earned a master's degree in special education and has taught child development at Diablo Valley College in San Ramon, California and at Chabot College for 20 years. [2] She has also taught sign language, special education, infant development, and preschool for deaf children.

Warner has written more than 50 nonfiction books aimed at parents and children on topics ranging from child development to party planning to games and activities. [3] Her nonfiction has been published by Simon & Schuster, Penguin, Meadowbrook Press, and other publishers.

Warner is the author of the Connor Westphal mystery series, about a deaf reporter in the California Gold Country. The first book in the series, Dead Body Language, won the Macavity Award for Best First Novel in 1998. Her children's mystery, Mystery Of The Haunted Caves: A Troop 13 Mystery, won the Agatha Award [4] for Best Children/Young Adult Fiction in 2001, along with an Anthony Award for Best Juvenile Mystery.

In 2011, Warner published the first book in a new children's series called The Code Busters Club. [5] The series includes codes in the story for readers to solve. So far four novels in the series have been released. Two of the novels have won the Agatha Award Nominee for Best Children's/Young Adult Mystery while the other two have been finalists for the award. [6]

Books in the series include: 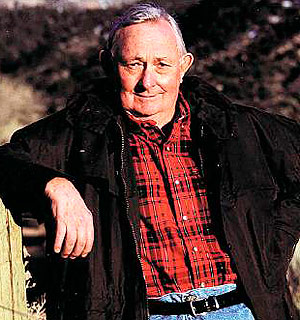 Wendelin Van Draanen is an American writer of children's and young-adult fiction. 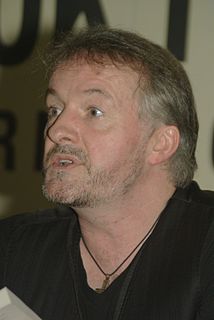 Toni LP Kelner is an author of three mystery series: the eight Laura Fleming novels and related short stories; the Where Are They Now? series, which includes three novels and a forthcoming short story; and the Family Skeleton series, which consists of six books with a seventh forthcoming. She has also edited seven urban fantasy anthologies with Charlaine Harris. Many Bloody Returns,Wolfsbane and Mistletoe, and Home Improvement: Undead Edition were on the extended New York Times best seller list, and Death's Excellent Vacation debuted at #8 on the NYT list. Kelner has written a number of short stories in anthologies and magazines. Her most recent is "Now Hiring Nasty Girlz". 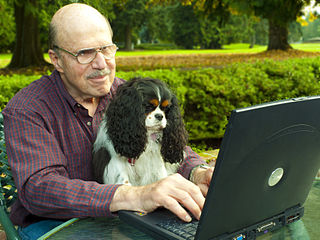 Aaron Elkins is an American mystery writer. He is best known for his series of novels featuring forensic anthropologist Gideon Oliver—the 'skeleton detective'.

Sarah Strohmeyer is an American author of eighteen crime novels and humorous books about relations between men and women. She is best known for her Bubbles Yablonsky series about a Pennsylvania hairdresser who is drawn into solving various crimes and murders. In addition, she wrote The Cinderella Pact, a novel about weightloss, that was made into the Lifetime movie, Lying to be Perfect and a series of lighthearted young adult novels for HarperCollins, including Smart Girls Get What They Want.

Kathryn Lance is an American writer in many fields of fiction and non-fiction under her own name and various pseudonyms, as well as being the ghostwriter for numerous books purportedly written by other people. She has written dozens of young adult novels in the science-fiction, mystery, and horror genres, many of them in series as by Lynn Beach. She has also written magazine articles and stories for both adults and children. Her topics include diet, sports, fitness, sexuality, and biotechnology, in both corporate publications and such national periodicals as Family Circle, Parade, Self, Town & Country, Ladies Home Journal, and Writer's Digest.

Christopher Grabenstein is an American author. He published his first novel in 2005. Since then he has written novels for both adults and children, the latter often with frequent collaborator James Patterson. He graduated from the University of Tennessee in 1977 with a degree from the College of Communication and Information.