Sarah Strohmeyer is an American author of eighteen crime novels and humorous books about relations between men and women. She is best known for her Bubbles Yablonsky series about a Pennsylvania hairdresser who is drawn into solving various crimes and murders.

Strohmeyer grew up in Bethlehem, Pennsylvania, later attending Tufts University and graduating with a degree in International Relations. After graduation Strohmeyer began working as a journalist, initially for the Home News in New Brunswick, and the Plain Dealer in Cleveland, but later moved to Bethel, Vermont and working for the Valley News . [1] In 1997 Strohmeyer published Barbie Unbound, which she wrote in response to her seeing several mothers refuse to allow their children to play with the doll due to it being perceived as being a "bimbo". [2] Strohmeyer, who has two grown children, lives in Middlesex, Vermont with her husband, [3] and is currently the town clerk. [4]

Reception to Strohmeyer's work has been predominantly positive, [5] with her book The Cinderella Pact garnering praise from the Roanoke Times. [6] The book was later turned into a 2010 movie called "Lying to be Perfect" which aired on the Lifetime channel.

Tommy and Tuppence are two fictional detectives, recurring characters in the work of Agatha Christie. Their full names are Thomas Beresford and his wife Prudence . The first time Tommy and Tuppence appeared in a Christie novel was in The Secret Adversary (1922). They started out their career in a search of adventure and money, and the detecting life soon proved profitable and very exciting.

Laura Lippman is an American author of detective fiction. 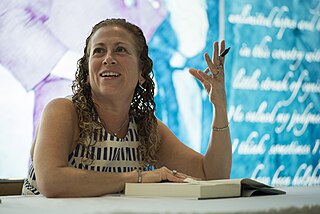 Jodi Lynn Picoult is an American writer. Picoult has published 26 novels, accompanying short stories, and has also written several issues of Wonder Woman. Approximately 40 million copies of her books are in print worldwide, translated into 34 languages. She was awarded the New England Bookseller Award for fiction in 2003.

Kate Ashfield is an English actress, who has appeared in stage, TV, and film roles, most famously in her role as Liz in the 2004 zombie comedy Shaun of the Dead. She is the co-writer of the 2017 TV series Born to Kill.

Jennifer Weiner is an American writer, television producer, and journalist. She is based in Philadelphia, Pennsylvania. Her debut novel, published in 2001, was Good in Bed. Her novel In Her Shoes (2002) was made into a movie starring Cameron Diaz, Toni Collette, and Shirley MacLaine. 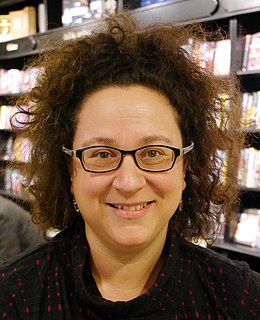 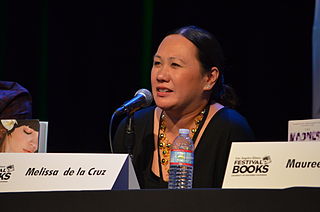 Melissa de la Cruz is a New York Times bestselling Filipina-American author known for her work in young adult fiction. She has written several series of young adult novels, including the Au Pair series and the Blue Bloods series, and a contemporary fiction series following The Beauchamp Family, as well as a number of stand-alone novels.

Kathryn Casey is an American writer of mystery novels and non-fiction books. She is best known for writing She Wanted It All, which recounts the case of Celeste Beard, who married an Austin multimillionaire only to convince her lesbian lover, Tracey Tarlton, to kill him.

Agatha Raisin is a fictional detective in a series of humorous mystery novels by Marion Chesney using the pseudonym M. C. Beaton. They are published in the U.K. by Constable & Robinson and in the U.S.A. by St. Martin's Press. 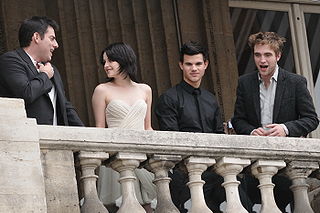 Chick flick is a slang term, sometimes used pejoratively, for the film genre catered specifically to women's interests, and is marketed towards women demographics. They generally tends to appeal more to a younger female audience and deals mainly with love and romance. Although many types of films may be directed towards a female audience, the term "chick flick" is typically used only in reference to films that contain personal drama and emotion or themes that are relationship-based. Chick flicks often are released en masse around Valentine's Day. Feminists such as Gloria Steinem have objected to terms such as "chick flick" and the related genre term "chick lit", and a film critic has called it derogatory.

Nancy Drew and the Clue Crew is a series featuring a grade-school-aged Nancy Drew. Like the Nancy Drew Notebooks, the series is aimed at a younger audience.

Swati Kaushal is an Indian author and the author of the five bestselling novels, Piece of Cake (2004), A Girl Like Me (2008, Drop Dead, Lethal Spice, and A Few Good Friends. In 2013, Kaushal was nominated to the L'Oreal Women of Worth Award in the Literature category.

Lying to Be Perfect is a made-for-television movie from Lifetime based on the novel The Cinderella Pact by Sarah Strohmeyer.