Philip Patrick Power FRS (born April 1953 [1] ) is a Distinguished Professor of Chemistry at the University of California, Davis. He has contributed to the synthesis, structure, and physical and chemical characterization of inorganic and organometallic compounds. His research focuses on low-coordinate main group and transition metal compounds. Much of this work hinges on the use of sterically crowded ligands to stabilize unusual geometries.

Philip Power obtained a B.A. from University of Dublin in 1974 and a Ph.D. from University of Sussex in 1977 (under Michael F. Lappert). He was a postdoctoral coworker under Richard H. Holm at Stanford University (1978–1980). In 1981 he was appointed to the faculty of UC Davis, where he is Distinguished Professor. 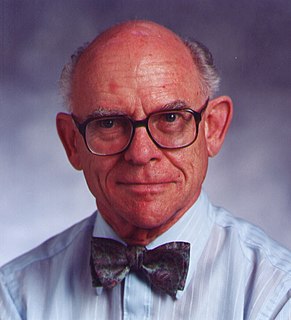 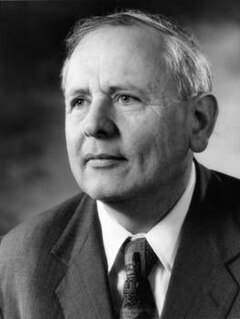 Francis Gordon Albert Stone CBE, FRS, FRSC, always known as Gordon, was a British chemist who was a prolific and decorated scholar. He specialized in the synthesis of main group and transition metal organometallic compounds. He was the author of more than 900 academic publications resulting in an h-index of 72.

Richard John Puddephatt, was born 1943 in Aylesbury, England. He is a Distinguished University Professor in the department of chemistry at the University of Western Ontario, in London, Ontario, Canada. Richard is a former holder of a Canada research chair in material synthesis. He has been studying the fundamental chemistry of gold and other precious metals in the development of new materials for potential applications in health care and electronics. Dr. Puddephatt's research interests involve organometallic chemistry related to catalysis and materials science, and he is considered a world expert on platinum and gold chemistry. He has authored two books: The Chemistry of Gold and The Periodic Table of Elements.

Eiichi Nakamura is a Japanese chemist and professor of chemistry at University of Tokyo in Japan.

Earl Muetterties, was an American inorganic chemist born in Illinois, who is known for his experimental work with boranes, homogeneous catalysis, heterogeneous catalysis, fluxional processes in organometallic complexes and apicophilicity. 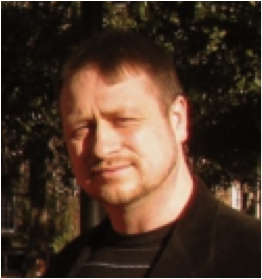 Adam S. Veige is a professor of Chemistry at the University of Florida, his research focuses on the usage of inorganic compounds.

Warren Richard Roper FRS FRSNZ FNZIC is a New Zealand chemist and Emeritus Professor at the University of Auckland.

Lesley Jane Yellowlees, is a British inorganic chemist conducting research in Spectroelectrochemistry, Electron transfer reactions and Electron paramagnetic resonance (EPR) Spectroscopy. Yellowlees was also elected as the president of the Royal Society of Chemistry 2012–14 and was the first woman to hold that role.

Professor Vivian Wing-Wah Yam CSci, CChem, FRSC, is a Hong Kong chemist. The youngest member to be elected to the Chinese Academy of Sciences, she was a 2011 L'Oréal-UNESCO Awards for Women in Science laureate "for her work on light-emitting materials and innovative ways of capturing solar energy."

Jaqueline Kiplinger is an American inorganic chemist who specializes in organometallic actinide chemistry. Over the course of her career, she has done extensive work with fluorocarbons and actinides. She is currently a Fellow of the Materials Synthesis and Integrated Devices group in the Materials Physics and Applications Division of Los Alamos National Laboratory (LANL). Her current research interests are focused on the development of chemistry for the United States’ national defense and energy needs.

Susan M. Kauzlarich is an American chemist and is presently a distinguished professor of Chemistry at the University of California, Davis. At UC Davis, Kauzlarich leads a research group focused on the synthesis and characterization of Zintl phases and nanoclusters with applications in the fields of thermoelectric materials, magnetic resonance imaging, energy storage, opto-electronics, and drug delivery. Kauzlarich has published over 250 peer-reviewed publications and has been awarded several patents. In 2009, Kauzlarich received the annual Presidential Award for Excellence in Science, Mathematics and Engineering Mentoring, which is administered by the National Science Foundation to acknowledge faculty members who raise the membership of minorities, women and disabled students in the science and engineering fields.