Martin Thomas Barlow FRS FRSC (born 16 June 1953 in London) is a British mathematician who is professor of mathematics at the University of British Columbia in Canada since 1992. [1]

Barlow is the son of Andrew Dalmahoy Barlow (1916–2006) and his wife Yvonne. [2] He is thus the grandson of Alan Barlow, and his wife Nora (née Darwin), through whom he is a great-great-grandson of Charles Darwin. He is the nephew of Horace Barlow (also FRS and Fellow of Trinity). In 1994 he married Colleen McLaughlin. [2]

His mathematical interests include probability, Brownian motion and fractal sets. 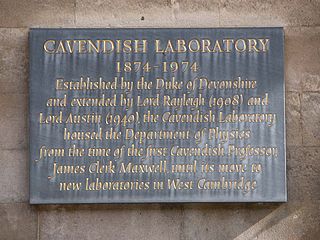 Sir Charles Galton Darwin was an English physicist who served as director of the National Physical Laboratory (NPL) during the Second World War. He was a son of the mathematician George Howard Darwin and a grandson of Charles Darwin.

Sir Horace Darwin,, was an English engineer specializing in the design and manufacture of precision scientific instruments. He was a Fellow of Trinity College, Cambridge.

David George Kendall FRS was an English statistician and mathematician, known for his work on probability, statistical shape analysis, ley lines and queueing theory. He spent most of his academic life in the University of Oxford (1946–1962) and the University of Cambridge (1962–1985). He worked with M. S. Bartlett during World War II, and visited Princeton University after the war.

Sir Richard Vynne Southwell, FRS was a British mathematician who specialised in applied mechanics as an engineering science academic. 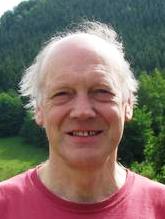 Geoffrey Richard Grimmett is a mathematician known for his work on the mathematics of random systems arising in probability theory and statistical mechanics, especially percolation theory and the contact process. He is the Professor of Mathematical Statistics in the Statistical Laboratory, University of Cambridge, and was the Master of Downing College, Cambridge from 2013-2018.

Gareth Owen Roberts FRS is a statistician and applied probabilist. He is Professor of Statistics in the Department of Statistics and Director of the Centre for Research in Statistical Methodology (CRiSM) at the University of Warwick. He is an established authority on the stability of Markov chains, especially applied to Markov chain Monte Carlo (MCMC) theory methodology for a wide range of latent statistical models with applications in spatial statistics, infectious disease epidemiology and finance.

Terence "Terry" John Lyons is a British mathematician, specializing in stochastic analysis. Lyons is the Wallis Professor of Mathematics, a fellow of St Anne's College, Oxford and a Faculty Fellow at The Alan Turing Institute. He was the director of the Oxford-Man Institute from 2011 to 2015 and the president of the London Mathematical Society from 2013 to 2015. His mathematical contributions have been to probability, harmonic analysis, the numerical analysis of stochastic differential equations, and quantitative finance. In particular he developed what is now known as the theory of rough paths.

Neil Michael O'Connell is an Irish mathematician from Shannon, County Clare. He attended Trinity College Dublin, and was elected to scholarship in 1987. He earned his bachelors in mathematics and a gold medal in 1989 and completed an M.Sc. in 1990. He obtained his PhD in 1993 at UC Berkeley under the supervision of Steven Neil Evans. He subsequently worked at the Dublin Institute for Advanced Studies, where he remains a research associate, and the University of Warwick.

Hugh Frank Newall, FRS FRAS was a British astrophysicist. He was Professor of Astrophysics (1909) at Cambridge. He was the son of Robert Stirling Newall FRS and his wife Mary, daughter of Hugh Lee Pattinson, FRS.

Robert Sinclair MacKay is a British mathematician and professor at the University of Warwick. He researches dynamical systems, the calculus of variations, Hamiltonian dynamics and applications to complex systems in physics, engineering, chemistry, biology and economics.

Keith Martin Ball FRS FRSE is a mathematician and professor at the University of Warwick. He was scientific director of the International Centre for Mathematical Sciences (ICMS) from 2010 to 2014.

Michael Richard Edward Proctor, FRS, FIMA, FRAS is a British physicist, mathematician, and academic. He is Professor of Astrophysical Fluid Dynamics at the University of Cambridge and, since his election in 2013, the Provost of King's College, Cambridge.

Ioannis Kontoyiannis is a Greek mathematician and information theorist. He is the Churchill Professor of Mathematics for Operational Research with the Statistical Laboratory, in the Department of Pure Mathematics and Mathematical Statistics, of the University of Cambridge. He is also a Fellow of Darwin College, Cambridge, an affiliated member of the Division of Information Engineering, Cambridge, a Research Fellow of the Foundation for Research and Technology - Hellas, a Senior Member of Robinson College, Cambridge, and a trustee of the Rollo Davidson Trust.