Sir David John Spiegelhalter OBE FRS (born 16 August 1953) is a British statistician and Winton Professor of the Public Understanding of Risk in the Statistical Laboratory at the University of Cambridge [3] and a Fellow of Churchill College, Cambridge. [1] [4] [5] [6] Spiegelhalter is an ISI highly cited researcher.

On 27 May 2020 he joined the board of the UK Statistics Authority as a non-executive director for a period of three years. [7]

Spiegelhalter was born on 16 August 1953. His name means "Mirror holder" in German and would be prophetic in that he holds up a mirror to people who publish bad statistics. [8] He attended Barnstaple Grammar School from 1963 to 1970 then studied at the University of Oxford (Bachelor of Arts 1974), and University College London, where he gained his Master of Science 1975 and Doctor of Philosophy 1978, supervised by Adrian Smith. [2] [9] [10]

From 1981 he was at the Medical Research Council Biostatistics Unit at Cambridge. He has been an honorary lecturer at the University of Hong Kong since 1991. He has also been a consultant for GlaxoSmithKline, Novartis and the World Anti-Doping Agency. He played a leading role in the public inquiries into children's heart surgery at the Bristol Royal Infirmary and the murders by Harold Shipman. [12]

Between 2007 and 2012 he divided his work [13] between the Cambridge Statistical Laboratory (three-fifths) and the Medical Research Council Biostatistics Unit (two-fifths). [14] He left the MRC in March 2012 [15] and worked full-time at the Statistical Laboratory as the Winton Professor of the Public Understanding of Risk until his retirement. He remains chair of the Winton Centre. As of 2012 Spiegelhalter has supervised 7 PhD students. [11] [16]

In 2012, Spiegelhalter hosted the BBC Four documentary Tails You Win: The Science of Chance which described the application of probability in everyday life. [17] He also presented a 2013 Cambridge Science Festival talk, How to Spot a Shabby Statistic at the Babbage Lecture Theatre in Cambridge. [6] [18]

He was elected as President of the Royal Statistical Society, and took up the position on 1 January 2017.

In March 2020 Spiegelhalter launched a podcast called Risky Talk where he interviews experts in risk and evidence communication on topics like genetics, nutrition, climate change and immigration. [19]

Spiegelhalter's research interests are in statistics [1] [20] [21] including

Spiegelhalter was knighted in the 2014 Birthday Honours for services to statistics. [34] [35]

Sylvia Therese Richardson is a French/British Bayesian statistician and is currently Professor of Biostatistics and Director of the MRC Biostatistics Unit at the University of Cambridge. In 2021 she became the president of the Royal Statistical Society for the 2021-22 year.

Chris Holmes is a British statistician. He has held the position of Professor of Biostatistics in Genomics in the Nuffield Department of Clinical Medicine and the Department of Statistics at the University of Oxford since September 2014, a post that carries with it a Fellowship of St Anne's College, Oxford. Previously he was titular Professor of Biostatistics and a Fellow of Lincoln College. After working in industry he completed his doctorate in Bayesian statistics at Imperial College, London, supervised by Adrian Smith.

David George Clayton, is a British statistician and epidemiologist. He is titular Professor of Biostatistics in the University of Cambridge and Wellcome Trust and Juvenile Diabetes Research Foundation Principal Research Fellow in the Diabetes and Inflammation Laboratory, where he chairs the statistics group. Clayton is an ISI highly cited researcher placing him in the top 250 most cited scientists in the mathematics world over the last 20 years.

The Winton Professorship of the Public Understanding of Risk is a professorship within the Statistical Laboratory of the University of Cambridge. It was established in 2007 in perpetuity by a benefaction of £3.3m from the Winton Charitable Foundation, and is the only professorship of its type in the United Kingdom. There is an associated internet-based program devoted to understanding uncertainty. 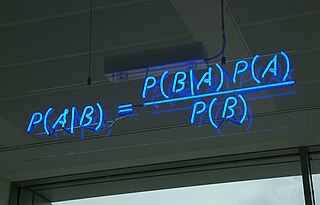 Sheila Macdonald Bird OBE FRSE FMedSci is a Scottish biostatistician whose assessment of misuse of statistics in the British Medical Journal (BMJ) and BMJ series ‘Statistics in Question’ led to statistical guidelines for contributors to medical journals. Bird's doctoral work on non-proportional hazards in breast cancer found application in organ transplantation where beneficial matching was the basis for UK's allocation of cadaveric kidneys for a decade. Bird led the Medical Research Council (MRC) Biostatistical Initiative in support of AIDS/HIV studies in Scotland, as part of which Dr A. Graham Bird and she pioneered Willing Anonymous HIV Surveillance (WASH) studies in prisons. Her work with Cooper on UK dietary bovine spongiform encephalopathy (BSE) exposure revealed that the 1940–69 birth cohort was the most exposed and implied age-dependency in susceptibility to clinical vCJD progression from dietary BSE exposure since most vCJD cases were younger, born in 1970–89. Bird also designed the European Union's robust surveillance for transmissible spongiform encephalopathies in sheep which revolutionised the understanding of scrapie.

Sudipto Banerjee is an Indian-American statistician best known for his work on Bayesian hierarchical modeling and inference for spatial data analysis. He is currently Professor and Chair of the Department of Biostatistics in the School of Public Health at the University of California, Los Angeles (UCLA). 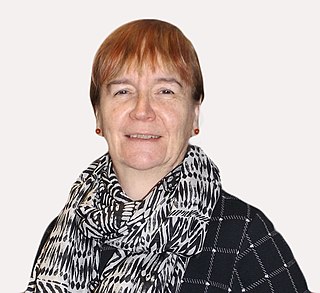 Ethel Marian Scott, is a Scottish statistician, author and academic, specialising in environmental statistics and statistical modelling. She is Professor of Environmental Statistics at the University of Glasgow. She is additionally Vice-President (International) of the Royal Society of Edinburgh, and a member of the Scottish Science Advisory Council.

Roderick Joseph Alexander Little is an academic statistician, whose main research contributions lie in the statistical analysis of data with missing values and the analysis of complex sample survey data. Little is Richard D. Remington Distinguished University Professor of Biostatistics in the Department of Biostatistics at the University of Michigan, where he also holds academic appointments in the Department of Statistics and the Institute for Social Research.