Mathematical statistics is the application of probability theory, a branch of mathematics, to statistics, as opposed to techniques for collecting statistical data. Specific mathematical techniques which are used for this include mathematical analysis, linear algebra, stochastic analysis, differential equations, and measure theory. [1] [2]

Statistical data collection is concerned with the planning of studies, especially with the design of randomized experiments and with the planning of surveys using random sampling. The initial analysis of the data often follows the study protocol specified prior to the study being conducted. The data from a study can also be analyzed to consider secondary hypotheses inspired by the initial results, or to suggest new studies. A secondary analysis of the data from a planned study uses tools from data analysis, and the process of doing this is mathematical statistics.

Data analysis is divided into:

While the tools of data analysis work best on data from randomized studies, they are also applied to other kinds of data. For example, from natural experiments and observational studies, in which case the inference is dependent on the model chosen by the statistician, and so subjective. [3]

The following are some of the important topics in mathematical statistics: [4] [5]

Statistical inference is the process of drawing conclusions from data that are subject to random variation, for example, observational errors or sampling variation. [6] Initial requirements of such a system of procedures for inference and induction are that the system should produce reasonable answers when applied to well-defined situations and that it should be general enough to be applied across a range of situations. Inferential statistics are used to test hypotheses and make estimations using sample data. Whereas descriptive statistics describe a sample, inferential statistics infer predictions about a larger population that the sample represents.

The outcome of statistical inference may be an answer to the question "what should be done next?", where this might be a decision about making further experiments or surveys, or about drawing a conclusion before implementing some organizational or governmental policy. For the most part, statistical inference makes propositions about populations, using data drawn from the population of interest via some form of random sampling. More generally, data about a random process is obtained from its observed behavior during a finite period of time. Given a parameter or hypothesis about which one wishes to make inference, statistical inference most often uses:

Mathematicians and statisticians like Gauss, Laplace, and C. S. Peirce used decision theory with probability distributions and loss functions (or utility functions). The decision-theoretic approach to statistical inference was reinvigorated by Abraham Wald and his successors, [7] [8] [9] [10] [11] [12] [13] and makes extensive use of scientific computing, analysis, and optimization; for the design of experiments, statisticians use algebra and combinatorics.

In statistics, overdispersion is the presence of greater variability in a data set than would be expected based on a given statistical model. 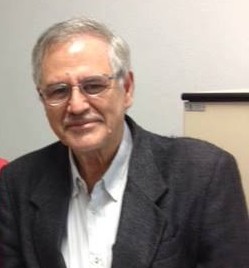 Gauss Moutinho Cordeiro is a Brazilian engineer, mathematician and statistician who has made significant contributions to the theory of statistical inference, mainly through asymptotic theory and applied probability. 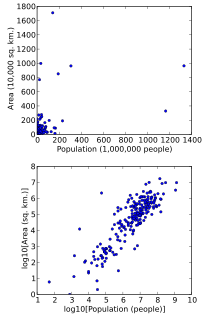 In statistics, data transformation is the application of a deterministic mathematical function to each point in a data set—that is, each data point zi is replaced with the transformed value yi = f(zi), where f is a function. Transforms are usually applied so that the data appear to more closely meet the assumptions of a statistical inference procedure that is to be applied, or to improve the interpretability or appearance of graphs.