In a vector space of dimension n, one usually considers only the vectors. According to Hermann Grassmann and others, this presumption misses the complexity of considering the structures of pairs, triples, and general multivectors. Since there are several combinatorial possibilities, the space of multivectors turns out to have 2n dimensions. The abstract formulation of the determinant is the most immediate application. Multilinear algebra also has applications in mechanical study of material response to stress and strain with various moduli of elasticity. This practical reference led to the use of the word tensor to describe the elements of the multilinear space. The extra structure in a multilinear space has led it to play an important role in various studies in higher mathematics. Though Grassmann started the subject in 1844 with his Ausdehnungslehre, and republished in 1862, his work was slow to find acceptance as ordinary linear algebra provided sufficient challenges to comprehension.

After Grassmann, developments in multilinear algebra were made in 1872 by Victor Schlegel when he published the first part of his System der Raumlehre, and by Elwin Bruno Christoffel. A major advance in multilinear algebra came in the work of Gregorio Ricci-Curbastro and Tullio Levi-Civita (see references). It was the absolute differential calculus form of multilinear algebra that Marcel Grossmann and Michele Besso introduced to Albert Einstein. The publication in 1915 by Einstein of a general relativity explanation for the precession of the perihelion of Mercury, established multilinear algebra and tensors as physically important mathematics.

Use in algebraic topology

Around the middle of the 20th century the study of tensors was reformulated more abstractly. The Bourbaki group's treatise Multilinear Algebra was especially influential—in fact the term multilinear algebra may have originated there.[ citation needed ]

One reason at the time was a new area of application, homological algebra. The development of algebraic topology during the 1940s gave additional incentive for the development of a purely algebraic treatment of the tensor product. The computation of the homology groups of the product of two topological spaces involves the tensor product; but only in the simplest cases, such as a torus, is it directly calculated in that fashion (see Künneth theorem). The topological phenomena were subtle enough to need better foundational concepts; technically speaking, the Tor functors had to be defined.

The material to organise was quite extensive, including also ideas going back to Hermann Grassmann, the ideas from the theory of differential forms that had led to de Rham cohomology, as well as more elementary ideas such as the wedge product that generalises the cross product.

The resulting rather severe write-up of the topic, by Bourbaki, entirely rejected one approach in vector calculus (the quaternion route, that is, in the general case, the relation with Lie groups), and instead applied a novel approach using category theory, with the Lie group approach viewed as a separate matter. Since this leads to a much cleaner treatment, there was probably no going back in purely mathematical terms. (Strictly, the universal property approach was invoked; this is somewhat more general than category theory, and the relationship between the two as alternate ways was also being clarified, at the same time.)

Indeed, what was done is almost precisely to explain that tensor spaces are the constructions required to reduce multilinear problems to linear problems. This purely algebraic attack conveys no geometric intuition.

By re-expressing problems in terms of multilinear algebra, there is a clear and well-defined "best solution": the constraints the solution exerts are exactly those needed in practice. In general there is no need to invoke any ad hoc construction, geometric idea, or recourse to co-ordinate systems. In the category-theoretic jargon, everything is entirely natural .

Conclusion on the abstract approach

In principle, the abstract approach can recover everything done via the traditional approach. In practice this may not seem so simple. On the other hand, the notion of naturality is consistent with the general covariance principle of general relativity. The latter deals with tensor fields (tensors varying from point to point on a manifold), but covariance asserts that the language of tensors is essential to the proper formulation of general relativity.

Some decades later the rather abstract view coming from category theory was tied up with the approach that had been developed in the 1930s by Hermann Weyl [ how? ] (by working through general relativity via abstract tensor analysis, and additionally in his book The Classical Groups). In a way this took the theory full circle, connecting once more the content of old and new viewpoints.

The subject matter of multilinear algebra has evolved less than the presentation down the years. Here are further pages centrally relevant to it:

There is also a glossary of tensor theory.

Some of the ways in which multilinear algebra concepts are applied: 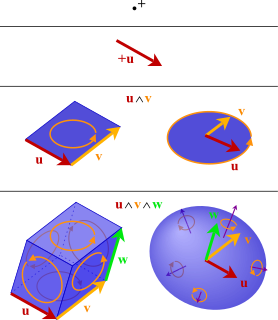 In mathematics, the modern component-free approach to the theory of a tensor views a tensor as an abstract object, expressing some definite type of multilinear concept. Their properties can be derived from their definitions, as linear maps or more generally; and the rules for manipulations of tensors arise as an extension of linear algebra to multilinear algebra. 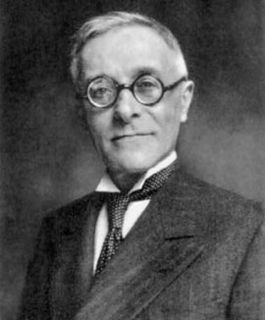 Gregorio Ricci-Curbastro was an Italian mathematician. He is most famous as the inventor of tensor calculus, but also published important works in other fields. 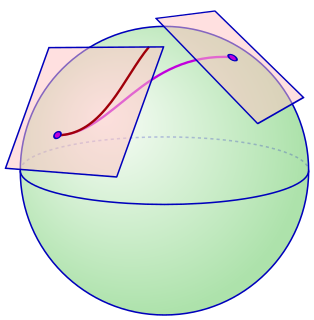 In differential geometry, an affine connection is a geometric object on a smooth manifold which connects nearby tangent spaces, so it permits tangent vector fields to be differentiated as if they were functions on the manifold with values in a fixed vector space. Connections are among the simplest methods of defining differentiation of the sections of vector bundles.

This is a list of contributors to the mathematical background for general relativity. For ease of readability, the contributions are unlinked but can be found in the contributors' article.

In multilinear algebra, a multivector, sometimes called Clifford number, is an element of the exterior algebra Λ(V) of a vector space V. This algebra is graded, associative and alternating, and consists of linear combinations of simplek-vectors of the form

A rotor is an object in the geometric algebra of a vector space that represents a rotation about the origin. The term originated with William Kingdon Clifford, in showing that the quaternion algebra is just a special case of Hermann Grassmann's "theory of extension" (Ausdehnungslehre). Hestenes defined a rotor to be any element of a geometric algebra that can be written as the product of an even number of unit vectors and satisfies , where is the "reverse" of —that is, the product of the same vectors, but in reverse order.

Tensor software is a class of mathematical software designed for manipulation and calculation with tensors.

Robert C. Hermann was an American mathematician and mathematical physicist. In the 1960s Hermann worked on elementary particle physics and quantum field theory, and published books which revealed the interconnections between vector bundles on Riemannian manifolds and gauge theory in physics, before these interconnections became "common knowledge" among physicists in the 1970s.