Major areas of research in mathematical chemistry include chemical graph theory, which deals with topology such as the mathematical study of isomerism and the development of topological descriptors or indices which find application in quantitative structure-property relationships; and chemical aspects of group theory, which finds applications in stereochemistry and quantum chemistry.

The history of the approach may be traced back to the 19th century. Georg Helm published a treatise titled "The Principles of Mathematical Chemistry: The Energetics of Chemical Phenomena" in 1894. [3] Some of the more contemporary periodical publications specializing in the field are MATCH Communications in Mathematical and in Computer Chemistry, first published in 1975, and the Journal of Mathematical Chemistry, first published in 1987. In 1986 a series of annual conferences MATH/CHEM/COMP taking place in Dubrovnik was initiated by the late Ante Graovac.

The basic models for mathematical chemistry are molecular graph and topological index.

In 2005 the International Academy of Mathematical Chemistry (IAMC) was founded in Dubrovnik (Croatia) by Milan Randić. The Academy has 82 members (2009) from all over the world, including six scientists awarded with a Nobel Prize. 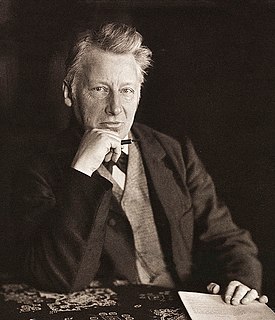 The William O. Baker Award for Initiatives in Research, previously the NAS Award for Initiatives in Research, is awarded annually by the National Academy of Sciences "to recognize innovative young scientists and to encourage research likely to lead toward new capabilities for human benefit. The award is to be given to a citizen of the United States, preferably no older than 35 years of age. The field of presentation rotates among the physical sciences, engineering, and mathematics."

In the fields of chemical graph theory, molecular topology, and mathematical chemistry, a topological index also known as a connectivity index is a type of a molecular descriptor that is calculated based on the molecular graph of a chemical compound. Topological indices are numerical parameters of a graph which characterize its topology and are usually graph invariant. Topological indices are used for example in the development of quantitative structure-activity relationships (QSARs) in which the biological activity or other properties of molecules are correlated with their chemical structure.

Chemical graph theory is the topology branch of mathematical chemistry which applies graph theory to mathematical modelling of chemical phenomena. The pioneers of chemical graph theory are Alexandru Balaban, Ante Graovac, Iván Gutman, Haruo Hosoya, Milan Randić and Nenad Trinajstić . In 1988, it was reported that several hundred researchers worked in this area producing about 500 articles annually. A number of monographs have been written in the area, including the two-volume comprehensive text by Trinajstić, Chemical Graph Theory, that summarized the field up to mid-1980s.

In chemical graph theory, the Wiener index introduced by Harry Wiener, is a topological index of a molecule, defined as the sum of the lengths of the shortest paths between all pairs of vertices in the chemical graph representing the non-hydrogen atoms in the molecule.

Molecular descriptors play a fundamental role in chemistry, pharmaceutical sciences, environmental protection policy, and health researches, as well as in quality control, being the way molecules, thought of as real bodies, are transformed into numbers, allowing some mathematical treatment of the chemical information contained in the molecule. This was defined by Todeschini and Consonni as:

Ernesto Estrada is a Cuban-Spanish scientist. He is Senior ARAID Research at the Institute of Mathematics and Applications at the University of Zaragoza, Spain since 2019. Before he was the Chair in Complexity Science, Full Professor at the Department of Mathematics and Statistics of the University of Strathclyde, Glasgow, United Kingdom. He is known by his contributions in different disciplines including mathematical chemistry, and complex network theory.

In chemistry, topology provides a way of describing and predicting the molecular structure within the constraints of three-dimensional (3-D) space. Given the determinants of chemical bonding and the chemical properties of the atoms, topology provides a model for explaining how the atoms ethereal wave functions must fit together. Molecular topology is a part of mathematical chemistry dealing with the algebraic description of chemical compounds so allowing a unique and easy characterization of them. 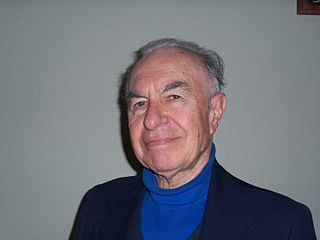 Ante Graovac is a Croatian scientist known for his contribution to chemical graph theory. He was director of 26 successful annual meetings MATH/CHEM/COMP held in Dubrovnik. He was Secretary of the International Academy of Mathematical Chemistry.

Nenad Trinajstić is a Croatian chemist and one of pioneers of the chemical graph theory.

Iván Gutman is a Serbian chemist and mathematician.

When Topology Meets Chemistry: A Topological Look At Molecular Chirality is a book in chemical graph theory on the graph-theoretic analysis of chirality in molecular structures. It was written by Erica Flapan, based on a series of lectures she gave in 1996 at the Institut Henri Poincaré, and was published in 2000 by the Cambridge University Press and Mathematical Association of America as the first volume in their shared Outlooks book series.