Recreational mathematics is mathematics carried out for recreation (entertainment) rather than as a strictly research and application-based professional activity or as a part of a student's formal education. Although it is not necessarily limited to being an endeavor for amateurs, many topics in this field require no knowledge of advanced mathematics. Recreational mathematics involves mathematical puzzles and games, often appealing to children and untrained adults, inspiring their further study of the subject. [1]

The Mathematical Association of America (MAA) includes recreational mathematics as one of its seventeen Special Interest Groups, commenting:

Mathematical competitions (such as those sponsored by mathematical associations) are also categorized under recreational mathematics.

Some of the more well-known topics in recreational mathematics are Rubik's Cubes, magic squares, fractals, logic puzzles and mathematical chess problems, but this area of mathematics includes the aesthetics and culture of mathematics, peculiar or amusing stories and coincidences about mathematics, and the personal lives of mathematicians.

As they often include or require game-like features or thinking, mathematical puzzles are sometimes also called mathematical games.

Magic tricks based on mathematical principles can produce self-working but surprising effects. For instance, a mathemagician might use the combinatorial properties of a deck of playing cards to guess a volunteer's selected card, or Hamming codes to identify whether a volunteer is lying. [3]

Other curiosities and pastimes of non-trivial mathematical interest include:

There are many blogs and audio or video series devoted to recreational mathematics. Among the notable are the following:

Prominent practitioners and advocates of recreational mathematics have included professional and amateur mathematicians: 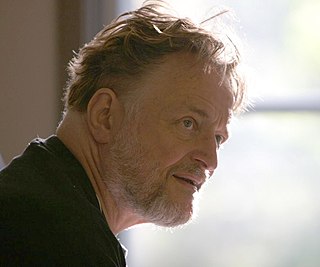 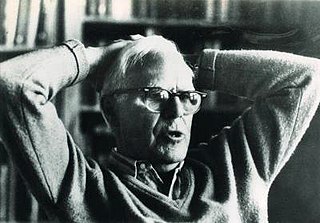 Martin Gardner was an American popular mathematics and popular science writer with interests also encompassing scientific skepticism, micromagic, philosophy, religion, and literature—especially the writings of Lewis Carroll, L. Frank Baum, and G. K. Chesterton. He was also a leading authority on Lewis Carroll. The Annotated Alice, which incorporated the text of Carroll's two Alice books, was his most successful work and sold over a million copies. He had a lifelong interest in magic and illusion and in 1999, MAGIC magazine named him as one of the "100 Most Influential Magicians of the Twentieth Century". He was considered the doyen of American puzzlers. He was a prolific and versatile author, publishing more than 100 books.

The tangram is a dissection puzzle consisting of seven flat polygons, called tans, which are put together to form shapes. The objective is to replicate a pattern generally found in a puzzle book using all seven pieces without overlap. Alternatively the tans can be used to create original minimalist designs that are either appreciated for their inherent aesthetic merits or as the basis for challenging others to replicate its outline. It is reputed to have been invented in China sometime around the late 18th century CE and then carried over to America and Europe by trading ships shortly after. It became very popular in Europe for a time, and then again during World War I. It is one of the most widely recognized dissection puzzles in the world and has been used for various purposes including amusement, art, and education.

The classical mathematical puzzle known as the three utilities problem or sometimes water, gas and electricity asks for non-crossing connections to be drawn between three houses and three utility companies in the plane. When posing it in the early 20th century, Henry Dudeney wrote that it was already an old problem. It is an impossible puzzle: it is not possible to connect all nine lines without crossing. Versions of the problem on nonplanar surfaces such as a torus or Möbius strip, or that allow connections to pass through other houses or utilities, can be solved. 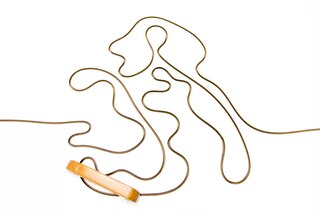 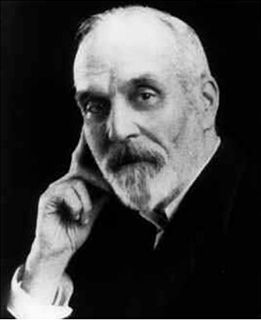 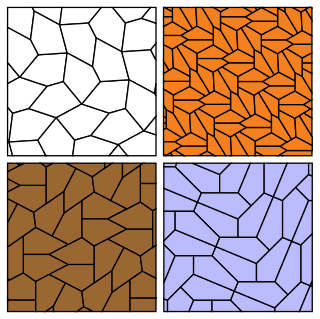 Marjorie Ruth Rice was an American amateur mathematician most famous for her discoveries of pentagonal tilings in geometry. Rice was born February 16, 1923 in St. Petersburg, Florida, and died July 2, 2017 in San Diego, California, where she was living with her son and his wife. 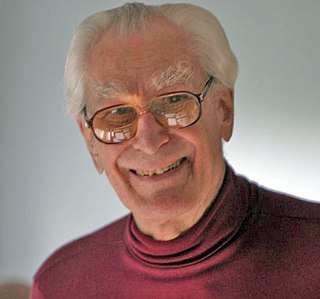 Richard Kenneth Guy was a British mathematician. He was a professor in the Department of Mathematics at the University of Calgary. He is known for his work in number theory, geometry, recreational mathematics, combinatorics, and graph theory. He is best known for co-authorship of Winning Ways for your Mathematical Plays and authorship of Unsolved Problems in Number Theory. He published more than 300 scholarly articles. Guy proposed the partially tongue-in-cheek "strong law of small numbers", which says there are not enough small integers available for the many tasks assigned to them – thus explaining many coincidences and patterns found among numerous cultures. For this paper he received the MAA Lester R. Ford Award.

Eureka is a journal published annually by The Archimedeans, the Mathematical Society of Cambridge University. It is one of the oldest recreational mathematics publications still in existence. Eureka includes many mathematical articles on a variety different topics – written by students and mathematicians from all over the world – as well as a short summary of the activities of the society, problem sets, puzzles, artwork and book reviews.

Wilhelm Ahrens was a German mathematician and writer on recreational mathematics.

David Anthony Klarner was an American mathematician, author, and educator. He is known for his work in combinatorial enumeration, polyominoes, and box-packing.

Gary Antonick ( is an American journalist and recreational mathematician who for many years wrote a puzzle-based column called "Numberplay" for the New York Times.

Taking Sudoku Seriously: The math behind the world's most popular pencil puzzle is a book on the mathematics of Sudoku. It was written by Jason Rosenhouse and Laura Taalman, and published in 2011 by the Oxford University Press. The Basic Library List Committee of the Mathematical Association of America has suggested its inclusion in undergraduate mathematics libraries. It was the 2012 winner of the PROSE Awards in the popular science and popular mathematics category. 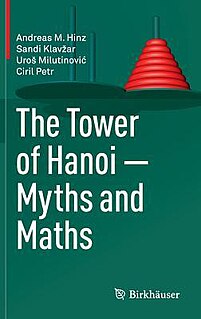 The Tower of Hanoi – Myths and Maths is a book in recreational mathematics, on the tower of Hanoi, baguenaudier, and related puzzles. It was written by Andreas M. Hinz, Sandi Klavžar, Uroš Milutinović, and Ciril Petr, and published in 2013 by Birkhäuser, with an expanded second edition in 2018. The Basic Library List Committee of the Mathematical Association of America has suggested its inclusion in undergraduate mathematics libraries.