Popular science (also called pop-science or popsci) is an interpretation of science intended for a general audience. While science journalism focuses on recent scientific developments, popular science is more broad-ranging. It may be written by professional science journalists or by scientists themselves. It is presented in many forms, including books, film and television documentaries, magazine articles, and web pages.

As early as 1830, astronomer John Herschel had recognized the need for the genre of popular science. In a letter to philosopher William Whewell, he wrote that the general public needed "digests of what is actually known in each particular branch of science... to give a connected view of what has been done, and what remains to be accomplished." [1] Indeed, as the British population became not just increasingly literate but also well-educated, there was growing demand for science titles. Mary Somerville became an early and highly successful science writers of the nineteenth century. Her On the Connexion of the Physical Sciences (1834), intended for the mass audience, sold quite well. [2] [3] Arguably one of the first books in the genre of popular science, it contained few diagrams and very little mathematics. It had ten editions and was translated into multiple languages. It was the most popular science title from the publisher John Murray until On the Origin of Species (1859) by Charles Darwin. [1]

Popular science is a bridge between scientific literature as a professional medium of scientific research, and the realms of popular political and cultural discourse. The goal of the genre is often to capture the methods and accuracy of science while making the language more accessible. Many science-related controversies are discussed in popular science books and publications, such as the long-running debates over biological determinism and the biological components of intelligence, stirred by popular books such as The Mismeasure of Man and The Bell Curve . [4]

The purpose of scientific literature is to inform and persuade peers as to the validity of observations and conclusions and the forensic efficacy of methods. Popular science attempts to inform and convince scientific outsiders (sometimes along with scientists in other fields) of the significance of data and conclusions and to celebrate the results. Statements in the scientific literature are often qualified and tentative, emphasizing that new observations and results are consistent with and similar to established knowledge wherein qualified scientists are assumed to recognize the relevance. By contrast, popular science emphasizes uniqueness and generality, taking a tone of factual authority absent from the scientific literature. Comparisons between original scientific reports, derivative science journalism, and popular science typically reveal at least some level of distortion and oversimplification which can often be quite dramatic, even with politically neutral scientific topics. [5]

Popular science literature can be written by non-scientists who may have a limited understanding of the subject they are interpreting and it can be difficult for non-experts to identify misleading popular science, which may also blur the boundaries between real science and pseudoscience. However, sometimes non-scientists with a fair scientific background and strong technical communication skills can make good popular science writers because of their ability to put themselves in the layperson's place more easily.

Some usual features of popular science productions include:

In alphabetical order by last name:

Some sources of popular science

Science in the headlines 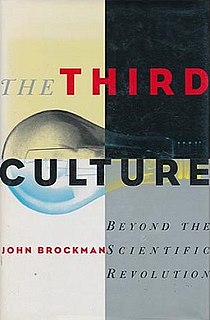 The Third Culture: Beyond the Scientific Revolution is a 1995 book by John Brockman which discusses the work of several well-known scientists who are directly communicating their new, sometimes provocative, ideas to the general public. John Brockman has continued the themes of 'The Third Culture' in the website of the Edge Foundation, where leading scientists and thinkers contribute their thoughts in plain English.

This is a list of lists of ple by occupation. Each is linked to a list of notable people withinprofession.

The Polish Academy of Sciences is a Polish state-sponsored institution of higher learning. Headquartered in Warsaw, it is responsible for spearheading the development of science across the country by a society of distinguished scholars and a network of research institutes. It was established in 1951, during the early period of the Polish People's Republic following World War II.

Catalyst is an Australian science journalism television program broadcast by the Australian Broadcasting Corporation (ABC). The program is currently the only science show on primetime television in Australia. Launched in 2001, it replaced Quantum which had ceased the previous year. Catalyst is regularly broadcast on ABC TV at 8:30 pm on Tuesdays and repeated at 6:00 pm on Sundays.

The MacArthur Fellows Program, also known as the MacArthur Fellowship and commonly but unofficially known as the "Genius Grant", is a prize awarded annually by the John D. and Catherine T. MacArthur Foundation typically to between 20 and 30 individuals, working in any field, who have shown "extraordinary originality and dedication in their creative pursuits and a marked capacity for self-direction" and are citizens or residents of the United States.

Little Atoms is a website, podcast and magazine dedicated to ideas and culture. The radio show broadcast weekly from London on Resonance FM 104.4. It is hosted by Neil Denny. The website is edited by Padraig Reidy. The first edition of Little Atoms magazine launched in November 2015.

The Canon: A Whirligig Tour of the Beautiful Basics of Science is a book written by American science author Natalie Angier. 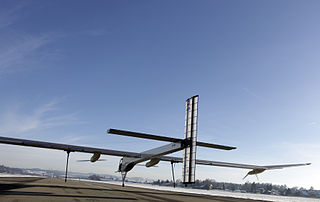 The year 2010 involved numerous significant scientific events and discoveries, some of which are listed below. The United Nations declared 2010 the International Year of Biodiversity.

The Story Collider is a US-based non-profit group dedicated to telling true, personal stories about science. Their mission is to empower both scientists and nonscientists alike with the skills they need to tell these stories and share them through their live shows and podcast, with the goal of exploring the human side of science.