Last updated January 07, 2022
Partial correlation of a time series with its lagged values

This function plays an important role in data analysis aimed at identifying the extent of the lag in an autoregressive model. The use of this function was introduced as part of the Box–Jenkins approach to time series modelling, whereby plotting the partial autocorrelative functions one could determine the appropriate lags p in an AR (p) model or in an extended ARIMA (p,d,q) model.

Given a time series

, is the autocorrelation between

with the linear dependence of

removed; equivalently, it is the autocorrelation between

that is not accounted for by lags

is the surjective operator of orthogonal projection of

onto the linear subspace of Hilbert space spanned by

, where n is the record length (number of points) of the time-series being analysed. This approximation relies on the assumption that the record length is at least moderately large (say n>30) and that the underlying process has finite second moment.

In the statistical analysis of time series, autoregressive–moving-average (ARMA) models provide a parsimonious description of a (weakly) stationary stochastic process in terms of two polynomials, one for the autoregression (AR) and the second for the moving average (MA). The general ARMA model was described in the 1951 thesis of Peter Whittle, Hypothesis testing in time series analysis, and it was popularized in the 1970 book by George E. P. Box and Gwilym Jenkins.

In time series analysis, the lag operator (L) or backshift operator (B) operates on an element of a time series to produce the previous element. For example, given some time series

In statistics and econometrics, an augmented Dickey–Fuller test (ADF) tests the null hypothesis that a unit root is present in a time series sample. The alternative hypothesis is different depending on which version of the test is used, but is usually stationarity or trend-stationarity. It is an augmented version of the Dickey–Fuller test for a larger and more complicated set of time series models. 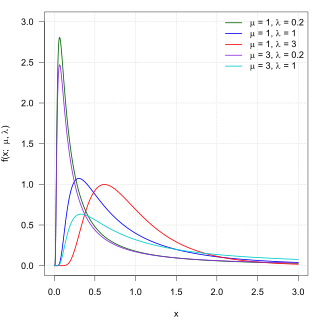 The Ljung–Box test is a type of statistical test of whether any of a group of autocorrelations of a time series are different from zero. Instead of testing randomness at each distinct lag, it tests the "overall" randomness based on a number of lags, and is therefore a portmanteau test.

Maximum entropy spectral estimation is a method of spectral density estimation. The goal is to improve the spectral quality based on the principle of maximum entropy. The method is based on choosing the spectrum which corresponds to the most random or the most unpredictable time series whose autocorrelation function agrees with the known values. This assumption, which corresponds to the concept of maximum entropy as used in both statistical mechanics and information theory, is maximally non-committal with regard to the unknown values of the autocorrelation function of the time series. It is simply the application of maximum entropy modeling to any type of spectrum and is used in all fields where data is presented in spectral form. The usefulness of the technique varies based on the source of the spectral data since it is dependent on the amount of assumed knowledge about the spectrum that can be applied to the model. 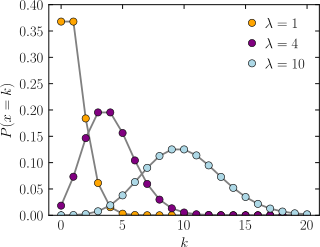 This article incorporates  public domain material from the National Institute of Standards and Technology document: " http://www.itl.nist.gov/div898/handbook/pmc/section4/pmc4463.htm ".