Probabilistic design is a discipline within engineering design. It deals primarily with the consideration of the effects of random variability upon the performance of an engineering system during the design phase. Typically, these effects are related to quality and reliability. Thus, probabilistic design is a tool that is mostly used in areas that are concerned with quality and reliability. For example, product design, quality control, systems engineering, machine design, civil engineering (particularly useful in limit state design) and manufacturing. It differs from the classical approach to design by assuming a small probability of failure instead of using the safety factor. [1] [2]

When using a probabilistic approach to design, the designer no longer thinks of each variable as a single value or number. Instead, each variable is viewed as a probability distribution. From this perspective, probabilistic design predicts the flow of variability (or distributions) through a system. By considering this flow, a designer can make adjustments to reduce the flow of random variability, and improve quality. Proponents of the approach contend that many quality problems can be predicted and rectified during the early design stages and at a much reduced cost.

The objective of probabilistic design

Typically, the goal of probabilistic design is to identify the design that will exhibit the smallest effects of random variability. This could be the one design option out of several that is found to be most robust. Alternatively, it could be the only design option available, but with the optimum combination of input variables and parameters. This second approach is sometimes referred to as robustification, parameter design or design for six sigma

Engineering statistics combines engineering and statistics using scientific methods for analyzing data. Engineering statistics involves data concerning manufacturing processes such as: component dimensions, tolerances, type of material, and fabrication process control. There are many methods used in engineering analysis and they are often displayed as histograms to give a visual of the data as opposed to being just numerical. Examples of methods are:

Fault tree analysis (FTA) is a top-down, deductive failure analysis in which an undesired state of a system is analyzed using Boolean logic to combine a series of lower-level events. This analysis method is mainly used in safety engineering and reliability engineering to understand how systems can fail, to identify the best ways to reduce risk and to determine event rates of a safety accident or a particular system level (functional) failure. FTA is used in the aerospace, nuclear power, chemical and process, pharmaceutical, petrochemical and other high-hazard industries; but is also used in fields as diverse as risk factor identification relating to social service system failure. FTA is also used in software engineering for debugging purposes and is closely related to cause-elimination technique used to detect bugs.

Taguchi methods are statistical methods, sometimes called robust design methods, developed by Genichi Taguchi to improve the quality of manufactured goods, and more recently also applied to engineering, biotechnology, marketing and advertising. Professional statisticians have welcomed the goals and improvements brought about by Taguchi methods, particularly by Taguchi's development of designs for studying variation, but have criticized the inefficiency of some of Taguchi's proposals.

Design for Six Sigma (DFSS) is an Engineering design process, business process management method related to traditional Six Sigma. It is used in many industries, like finance, marketing, basic engineering, process industries, waste management, and electronics. It is based on the use of statistical tools like linear regression and enables empirical research similar to that performed in other fields, such as social science. While the tools and order used in Six Sigma require a process to be in place and functioning, DFSS has the objective of determining the needs of customers and the business, and driving those needs into the product solution so created. It is used for product or process design in contrast with process improvement. Measurement is the most important part of most Six Sigma or DFSS tools, but whereas in Six Sigma measurements are made from an existing process, DFSS focuses on gaining a deep insight into customer needs and using these to inform every design decision and trade-off.

In statistics, response surface methodology (RSM) explores the relationships between several explanatory variables and one or more response variables. The method was introduced by George E. P. Box and K. B. Wilson in 1951. The main idea of RSM is to use a sequence of designed experiments to obtain an optimal response. Box and Wilson suggest using a second-degree polynomial model to do this. They acknowledge that this model is only an approximation, but they use it because such a model is easy to estimate and apply, even when little is known about the process.

In mechanical engineering, random vibration is motion which is non-deterministic, meaning that future behavior cannot be precisely predicted. The randomness is a characteristic of the excitation or input, not the mode shapes or natural frequencies. Some common examples include an automobile riding on a rough road, wave height on the water, or the load induced on an airplane wing during flight. Structural response to random vibration is usually treated using statistical or probabilistic approaches. Mathematically, random vibration is characterized as an ergodic and stationary process.

Robustification is a form of optimisation whereby a system is made less sensitive to the effects of random variability, or noise, that is present in that system’s input variables and parameters. The process is typically associated with engineering systems, but the process can also be applied to a political policy, a business strategy or any other system that is subject to the effects of random variability.

When two probability distributions overlap, statistical interference exists. Knowledge of the distributions can be used to determine the likelihood that one parameter exceeds another, and by how much. 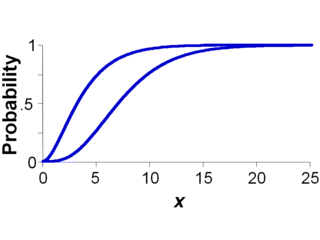 Probability bounds analysis (PBA) is a collection of methods of uncertainty propagation for making qualitative and quantitative calculations in the face of uncertainties of various kinds. It is used to project partial information about random variables and other quantities through mathematical expressions. For instance, it computes sure bounds on the distribution of a sum, product, or more complex function, given only sure bounds on the distributions of the inputs. Such bounds are called probability boxes, and constrain cumulative probability distributions.

optiSLang is a software platform for CAE-based sensitivity analysis, multi-disciplinary optimization (MDO) and robustness evaluation. It is developed by Dynardo GmbH and provides a framework for numerical Robust Design Optimization (RDO) and stochastic analysis by identifying variables which contribute most to a predefined optimization goal. This includes also the evaluation of robustness, i.e. the sensitivity towards scatter of design variables or random fluctuations of parameters. In 2019, Dynardo GmbH was acquired by Ansys. 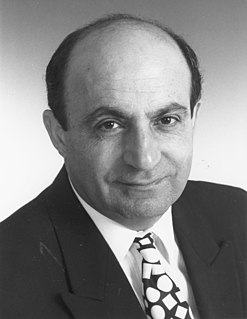 Isaac Elishakoff is a Distinguished Research Professor in the Ocean and Mechanical Engineering Department in the Florida Atlantic University, Boca Raton, Florida. He is an authoritative figure in the broad area of mechanics. He has made several contributions in the areas of random vibrations, solid mechanics of composite material, semi-inverse problems of vibrations and stability, functionally graded material structures, and nanotechnology.