An illustration is a decoration, interpretation or visual explanation of a text, concept or process, [1] designed for integration in print and digital published media, such as posters, flyers, magazines, books, teaching materials, animations, video games and films. An illustration is typically created by an illustrator. Digital illustrations are often used to make websites and apps more user-friendly, such as the use of emojis to accompany digital type. [2] Illustration also means providing an example; either in writing or in picture form.

The origin of the word "illustration" is late Middle English (in the sense ‘illumination; spiritual or intellectual enlightenment’): via Old French from Latin illustratio(n-), from the verb illustrare. [3]

Technical and scientific illustration communicates information of a technical or scientific nature. This may include exploded views, cutaways, fly-throughs, reconstructions, instructional images, component designs, diagrams. The aim is "to generate expressive images that effectively convey certain information via the visual channel to the human observer". [5]

Technical and scientific illustration is generally designed to describe or explain subjects to a nontechnical audience, so must provide "an overall impression of what an object is or does, to enhance the viewer's interest and understanding". [6]

In contemporary illustration practice, 2D and 3D software is often used to create accurate representations that can be updated easily, and reused in a variety of contexts.

In the art world, illustration has at times been considered of less importance than graphic design and fine art.

Today, however, due in part to the growth of graphic novel and video game industries, as well as increased use of illustration in magazines and other publications, illustration is now becoming a valued art form, capable of engaging a global market.

Original illustration art has been known to attract high prices at auction. The US artist Norman Rockwell's painting "Breaking Home Ties" sold in a 2006 Sotheby's auction for US$15.4 million. [7] Many other illustration genres are equally valued, with pinup artists such as Gil Elvgren and Alberto Vargas, for example, also attracting high prices.

Historically, the art of illustration is closely linked to the industrial processes of printing and publishing.

The illustrations of medieval codices were known as illuminations, and were individually hand drawn and painted. With the invention of the printing press during the 15th century, books became more widely distributed, often illustrated with woodcuts.

During the 16th and 17th centuries in Europe, the main reproduction processes for illustration were engraving and etching. In 18th Century England, a notable illustrator was William Blake (1757–827), who used relief etching. By the early 19th century, the introduction of lithography substantially improved reproduction quality.

In Europe, notable figures of the early 19th Century were John Leech, George Cruikshank, Dickens illustrator Hablot Knight Browne, and, in France, Honoré Daumier. All contributed to both satirical and "serious" publications. At this time, there was a great demand for caricature drawings encapsulating social mores, types and classes.

The British humorous magazine Punch (1841–2002) built on the success of Cruikshank's Comic Almanac (1827–1840) and employed many well-regarded illustrators, including Sir John Tenniel, the Dalziel Brothers, and Georges du Maurier. Although all fine art trained, their reputations were gained primarily as illustrators.

Historically, Punch was most influential in the 1840s and 1850s. The magazine was the first to use the term "cartoon" to describe a humorous illustration and its widespread use led to John Leech being known as the world's first "cartoonist". [8] In common with similar magazines such as the Parisian Le Voleur, Punch realised good illustration sold as well as good text. With publication continuing into the 21st Century, Punch chronicles a gradual shift in popular illustration, from reliance on caricature to sophisticated topical observation.

From the early 1800s newspapers, mass-market magazines, and illustrated books had become the dominant consumer media in Europe and the New World. By the 19th century, improvements in printing technology freed illustrators to experiment with color and rendering techniques. These developments in printing effected all areas of literature from cookbooks, photography and travel guides, as well as children's books. Also, due to advances in printing, it became more affordable to produce color photographs within books and other materials. [9] By 1900, almost 100 percent of paper was machine-made, and while a person working by hand could produce 60-100lbs of paper per day, mechanization yielded around 1,000lbs per day. [10] Additionally, in the 50-year period between 1846 and 1916, book production increased 400% and the price of books was cut in half. [10]

In America, this led to a "golden age of illustration" from before the 1880s until the early 20th century. A small group of illustrators became highly successful, with the imagery they created considered a portrait of American aspirations of the time. [11] Among the best-known illustrators of that period were N.C. Wyeth and Howard Pyle of the Brandywine School, James Montgomery Flagg, Elizabeth Shippen Green, J. C. Leyendecker, Violet Oakley, Maxfield Parrish, Jessie Willcox Smith, and John Rea Neill.

A cartoon is a type of illustration that is typically drawn, sometimes animated, in an unrealistic or semi-realistic style. The specific meaning has evolved over time, but the modern usage usually refers to either: an image or series of images intended for satire, caricature, or humor; or a motion picture that relies on a sequence of illustrations for its animation. Someone who creates cartoons in the first sense is called a cartoonist, and in the second sense they are usually called an animator. 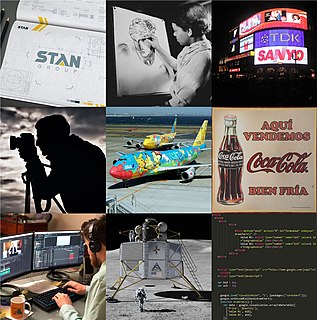 Graphic design is the profession and academic discipline whose activity consists in projecting visual communications intended to transmit specific messages to social groups, with specific objectives. Therefore, it is an interdisciplinary branch of design whose foundations and objectives revolve around the definition of problems and the determination of objectives for decision-making, through creativity, innovation and lateral thinking along with digital tools, transforming them for proper interpretation. This activity helps in the optimization of graphic communications (see also communication design). It is also known as visual communication design, visual design or editorial design.

Sir John Tenniel was an English illustrator, graphic humorist and political cartoonist prominent in the second half of the 19th century. He was knighted for artistic achievements in 1893. Tenniel is remembered mainly as the principal political cartoonist for Punch magazine for over 50 years and for his illustrations to Lewis Carroll's Alice's Adventures in Wonderland (1865) and Through the Looking-Glass, and What Alice Found There (1871). 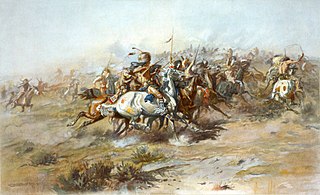 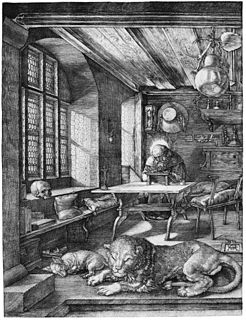 Engraving is the practice of incising a design onto a hard, usually flat surface by cutting grooves into it with a burin. The result may be a decorated object in itself, as when silver, gold, steel, or glass are engraved, or may provide an intaglio printing plate, of copper or another metal, for printing images on paper as prints or illustrations; these images are also called "engravings". Engraving is one of the oldest and most important techniques in printmaking. Wood engraving is a form of relief printing and is not covered in this article. 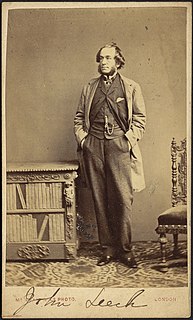 A category of fine art, graphic art covers a broad range of visual artistic expression, typically two-dimensional, i.e. produced on a flat surface. The term usually refers to the arts that rely more on line or tone than on colour, especially drawing and the various forms of engraving; it is sometimes understood to refer specifically to printmaking processes, such as line engraving, aquatint, drypoint, etching, mezzotint, monotype, lithography, and screen printing. Graphic art further includes calligraphy, photography, painting, typography, computer graphics, and bindery. It also encompasses drawn plans and layouts for interior and architectural designs. 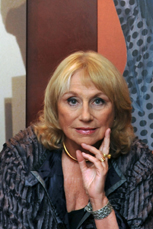 Barbara Nessim is an American artist, illustrator, and educator.

Line engraving is a term for engraved images printed on paper to be used as prints or illustrations. The term is mainly used in connection with 18th or 19th century commercial illustrations for magazines and books or reproductions of paintings. It is not a technical term in printmaking, and can cover a variety of techniques, giving similar results.

Botanical illustration is the art of depicting the form, color, and details of plant species, frequently in watercolor paintings. They must be scientifically accurate but often also have an artistic component and may be printed with a botanical description in books, magazines, and other media or sold as a work of art. Often composed by a botanical illustrator in consultation with a scientific author, their creation requires an understanding of plant morphology and access to specimens and references.

David Hughes is an artist and illustrator.

The illustration of manuscript books was well established in ancient times, and the tradition of the illuminated manuscript thrived in the West until the invention of printing. Other parts of the world had comparable traditions, such as the Persian miniature. Modern book illustration comes from the 15th-century woodcut illustrations that were fairly rapidly included in early printed books, and later block books. Other techniques such as engraving, etching, lithography and various kinds of colour printing were to expand the possibilities and were exploited by such masters as Daumier, Doré or Gavarni. 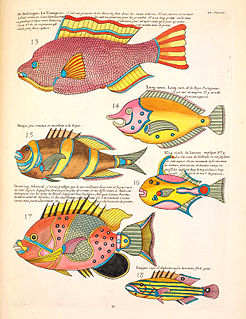 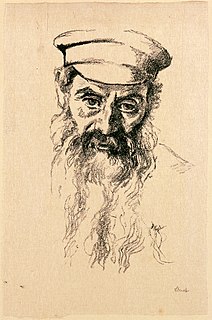 Israeli printmaking refers to printmaking by Jewish artists in the Land of Israel and the State of Israel beginning in the second half of the 19th century. The genre includes a variety of techniques, including woodcutting, etching and lithography.