Proceedings of the National Academy of Sciences of the United States of America (often abbreviated PNAS or PNAS USA) is a peer-reviewed multidisciplinary scientific journal. It is the official journal of the National Academy of Sciences, published since 1915, and publishes original research, scientific reviews, commentaries, and letters. According to Journal Citation Reports , the journal has a 2021 impact factor of 12.779. [1] PNAS is the second most cited scientific journal, with more than 1.9 million cumulative citations from 2008 to 2018. [2] In the mass media, PNAS has been described variously as "prestigious", [3] [4] "sedate", [5] "renowned" [6] and "high impact". [7]

PNAS is a delayed open access journal, with an embargo period of six months that can be bypassed for an author fee (hybrid open access). Since September 2017, open access articles are published under a Creative Commons license. Since January 2019, PNAS has been online-only, although print issues are available on demand.

PNAS was established by the National Academy of Sciences (NAS) in 1914, [note 1] [8] [9] : 30  with its first issue published in 1915. The NAS itself was founded in 1863 as a private institution, but chartered by the United States Congress, with the goal to "investigate, examine, experiment and report upon any subject of science or art."

Prior to the inception of PNAS, the National Academy of Sciences published three volumes of organizational transactions, consisting mostly of minutes of meetings and annual reports. For much of the journal's history, PNAS published brief first announcements of Academy members' and associates' contributions to research. [10] In December 1995, [11] PNAS opened submissions to all authors without first needing to be sponsored by an NAS member.

Members were allowed to communicate up to two papers from non-members to PNAS every year. The review process for these papers was anonymous in that the identities of the referees were not revealed to the authors. Referees were selected by the NAS member. [10] [12] [13] PNAS eliminated communicated submissions through NAS members as of July 1,2010 [update] , while continuing to make the final decision on all PNAS papers. [14]

95% of papers are peer reviewed Direct Submissions and 5% are contributed submissions. [15] [16] [ failed verification ]

In 2003, PNAS issued an editorial stating its policy on publication of sensitive material in the life sciences. [19] PNAS stated that it would "continue to monitor submitted papers for material that may be deemed inappropriate and that could, if published, compromise the public welfare." This statement was in keeping with the efforts of several other journals. [20] [21] In 2005 PNAS published an article titled "Analyzing a bioterror attack on the food supply: The case of botulinum toxin in milk", [22] despite objections raised by the U.S. Department of Health and Human Services. [23] The paper was published with a commentary by the president of the Academy at the time, Bruce Alberts, titled "Modeling attacks on the food supply". [24]

The following people have been editors-in-chief of the journal:

The first managing editor of the journal was mathematician Edwin Bidwell Wilson. 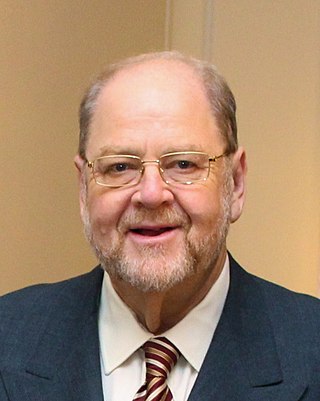 James Edward Rothman is an American biochemist. He is the Fergus F. Wallace Professor of Biomedical Sciences at Yale University, the Chairman of the Department of Cell Biology at Yale School of Medicine, and the Director of the Nanobiology Institute at the Yale West Campus. Rothman also concurrently serves as adjunct professor of physiology and cellular biophysics at Columbia University and a research professor at the UCL Queen Square Institute of Neurology, University College London. 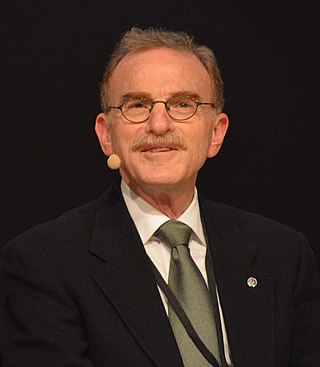 Randy Wayne Schekman is an American cell biologist at the University of California, Berkeley, former editor-in-chief of Proceedings of the National Academy of Sciences and former editor of Annual Review of Cell and Developmental Biology. In 2011, he was announced as the editor of eLife, a new high-profile open-access journal published by the Howard Hughes Medical Institute, the Max Planck Society and the Wellcome Trust launching in 2012. He was elected to the National Academy of Sciences in 1992. Schekman shared the 2013 Nobel Prize for Physiology or Medicine with James Rothman and Thomas C. Südhof for their ground-breaking work on cell membrane vesicle trafficking.

Edward Wilber Berry was an American paleontologist and botanist; the principal focus of his research was paleobotany.

Bruce Michael Alberts is an American biochemist and the Chancellor’s Leadership Chair in Biochemistry and Biophysics for Science and Education at the University of California, San Francisco. He has done important work studying the protein complexes which enable chromosome replication when living cells divide. He is known as an original author of the "canonical, influential, and best-selling scientific textbook" Molecular Biology of the Cell, and as Editor-in-Chief of Science magazine.

Ivan Antonio Izquierdo was an Argentine Brazilian scientist and a pioneer in the study of the neurobiology of learning and memory.

Brefeldin A-inhibited guanine nucleotide-exchange protein 2 is a protein that in humans is encoded by the ARFGEF2 gene.

Stephen Levene is an American biophysicist and professor of bioengineering, molecular biology, and physics at the University of Texas at Dallas.

Steven S. Rosenfeld is an American biochemist and former researcher, who was found to have published irreproducible research, as well as having forged recommendations for himself. This was one of the first events which brought the issue of scientific misconduct to the attention of the scientific community and the American public.

David G. Rand is the Erwin H. Schell Professor and Professor of Management Science and Brain and Cognitive Sciences at Massachusetts Institute of Technology.

Carl Theodore Bergstrom is a theoretical and evolutionary biologist and a professor at the University of Washington in Seattle, Washington. Bergstrom is a critic of low-quality or misleading scientific research. He is the co-author of a book on misinformation called Calling Bullshit: The Art of Skepticism in a Data-Driven World and teaches a class by the same name at University of Washington.

Thomas C. Bruice was a professor of chemistry and biochemistry at University of California, Santa Barbara. He was elected to the National Academy of Sciences in 1974. He was a pioneering researcher in the area of chemical biology, and is one of the 50 most cited chemists.

Nicholas Robert Cozzarelli was an American biochemist at the University of California, Berkeley, and former editor-in-chief of Proceedings of the National Academy of Sciences.

Monica Olvera de la Cruz is a Mexican soft-matter theorist who is the Lawyer Taylor Professor of Materials Science and Engineering and Professor of Chemistry, and by courtesy Professor of Physics and Astronomy and of Chemical and Biological Engineering at Northwestern University.

Raghavan Varadarajan is an Indian biophysicist and a professor at the Indian Institute of Science. He is known for his researches in the fields of protein structure and protein folding and his contributions in developing vaccines and drugs for treating a type of fatal influenza and HIV-1. He is a former J. C. Bose National Fellow of the Department of Science and Technology and an elected fellow of the Indian Academy of Sciences and the Indian National Science Academy. The Council of Scientific and Industrial Research, the apex agency of the Government of India for scientific research, awarded him the Shanti Swarup Bhatnagar Prize for Science and Technology, one of the highest Indian science awards, in 2002, for his contributions to biological sciences.

Kaustuv Sanyal is an Indian molecular biologist, mycologist and a professor at the Molecular Biology and Genetics Unit of the Jawaharlal Nehru Centre for Advanced Scientific Research (JNCASR). He is known for his molecular and genetic studies of pathogenic yeasts such as Candida and Cryptococcus). An alumnus of Bidhan Chandra Krishi Viswavidyalaya and Madurai Kamaraj University from where he earned a BSc in agriculture and MSc in biotechnology respectively, Sanyal did his doctoral studies at Bose Institute to secure a PhD in Yeast genetics. He moved to the University of California, Santa Barbara, USA to work in the laboratory of John Carbon on the discovery of centromeres in Candida albicans. He joined JNCASR in 2005. He is a member of the Faculty of 1000 in the disciplines of Microbial Evolution and Genomics and has delivered invited speeches which include the Gordon Research Conference, EMBO conferences on comparative genomics and kinetochores. The Department of Biotechnology of the Government of India awarded him the National Bioscience Award for Career Development, one of the highest Indian science awards, for his contributions to biosciences, in 2012. He has also been awarded with the prestigious Tata Innovation Fellowship in 2017. The National Academy of Sciences, India elected him as a fellow in 2014. He is also an elected fellow of Indian Academy of Sciences (2017), and the Indian National Science Academy (2018). In 2019, he has been elected to Fellowship in the American Academy of Microbiology (AAM), the honorific leadership group within the American Society for Microbiology.

Akito Y. Kawahara is an American and Japanese entomologist, scientist, and advocate of nature education, and the son of the modern conceptual artist On Kawara. 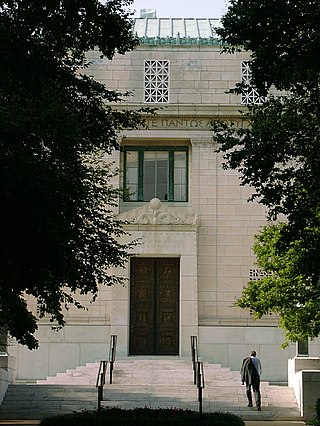 Wikimedia Commons has media related to Media from Proceedings of the National Academy of Sciences of the United States of America .
This page is based on this Wikipedia article
Text is available under the CC BY-SA 4.0 license; additional terms may apply.
Images, videos and audio are available under their respective licenses.