Ripley St Thomas Church of England Academy is a mixed Church of England high school operating under academy status, in the city of Lancaster in the north west of England. The school has over 1700 pupils between 11 and 18 years old, 350 of whom are part of the sixth form. [1]

The school started life as Ripley Hospital, founded by Julia, wife of Thomas Ripley, a merchant who traded out of Lancaster and Liverpool. Thomas Ripley was born in Lancaster in 1791, and had been an apprentice to a grocer and linen draper. Since his mercantile career began later than 1807, whether Thomas Ripley was associated with the slave trade is open to speculation as the slave trade was not fully abolished in Britain until 1833. It is highly likely that he was involved due to the nature of his mercantile work and how commonplace slave trading was during this era.

Indeed, much of his wealth stems from the fact that he was one of the first English merchants to embark on trade with China, and much of his subsequent trade was with the East Indies. As a devout Christian, he was keen to establish a charity hospital, modelled on the Liverpool Blue Coat School. Having no children, on his death in 1852 he left a considerable sum of money in trust to establish the Ripley Hospital to cater for fatherless children, especially those whose fathers had been lost at sea.

On 3 November 1864, it was designated to educate an equal number of boys and girls – 300 in total – providing they lived within either 15 miles (24 km) of Lancaster Priory or 7 miles (11 km) of Liverpool Cathedral.

The main school building, originally costing £30,000, included a first class gym, woodwork and metalwork rooms, a domestic school for girls, and heated swimming pool, four courts for playing fives and enough full-sized football pitches to allow 150 boys to play at the same time. A farm of some 40 acres (160,000 m2) kept the school supplied with home produced meat, milk and poultry, and a vast kitchen garden gave a constant supply of fresh vegetables. This school was well in advance of its time. The farm won awards for the quality of its meat.

The work of the hospital continued until the outbreak of World War II in 1939, when the building was requisitioned by the army. The pupils then moved out to Capernwray Hall. They expected to return at the end of the war, but the government requisitioned Ripley for another three years for use as an emergency teachers' training college.

By then, it was realised that the need for an endowed orphanage was much reduced. State pensions allowed more one parent families to stay together, and the fashion had moved away from institutional units. After the trainee teachers left, the building became a National School, then a boys' secondary modern school until 1966 when Ripley Boys' and St. Thomas Girls' Schools amalgamated to become Ripley St. Thomas Church of England School.

In September 1996, Ripley was designated a Language College. Whilst not changing in any way its status as a Voluntary Aided Church School, this does enable the school to develop its language facilities and so become a 'Centre of Excellence' for modern languages, including French, German, Spanish, Japanese, Chinese, Malaysian and Arabic. [2]

Today,[ when? ] 1650 boys and girls are educated at the school, many of whom continue to the age of 18 years and go on to complete university degree courses. The current headteacher is Catherine Walmsley, who replaced Liz Nicholls, who was appointed CEO of The Bay Learning Trust in July 2017. [3] She arrived at Ripley in April 2006, after four years at St Michael's, Chorley. Martin Wood announced his resignation on 31 January 2019, taking effect on Easter of that year.

The farm has been the subject of media attention,[ when? ] with features from BBC North West Tonight , BBC Songs of Praise and Newsround , all of which praised the school on the 'Farm to Fork' initiative, as the farm provides produce for the school kitchen. The school appeared on CBBC's Blue Peter on 6 September 2012, with the programme also focusing on the 'Farm to Fork' initiative. [4]

The school raised enough money to build a new multi-million-pound sixth form centre, which opened in January 2009, complete with lecture and conference facilities. Since doing so, numbers in the sixth form have increased.[ citation needed ]

Ripley St Thomas has also been as approved a Technology college, adding to the Language status. This means students must take at least one language and at least one technology course, e.g. Food Technology or Mechanical Technology at GCSE, continuing the curriculum students experience from Year 7. Ripley has gained many specialisms, including Training School, National Support School and member of the Leading Edge Partnership Programme, providing support to other schools in the area.[ citation needed ]

In January 2012, an Ofsted report rated the school overall as "Outstanding", the highest of four achievable Ofsted grades. The grade of "Outstanding" was also assigned in all 33 of the areas assessed by Ofsted. [5]

GCSE and A level results

Ripley St Thomas achieves outstanding results for GCSE and A level students every year, far outweighing the local authority and national average. The results for 5 or more A* to C including English and Maths has risen from 85% in 2010, to 89% in 2011, 31% higher than the national average. [7]

On Sunday 1 May 2011, Ripley St Thomas became the third high school in Lancaster to be granted Academy status by the Secretary of State, and was re-designated as "Ripley St Thomas Church of England Academy". The company has been registered with Companies House and an Academy Trust has been set up to run the company. [8] 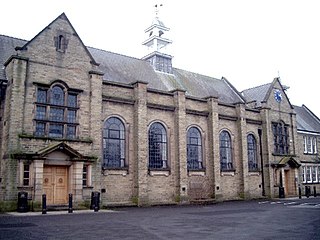 Clitheroe Royal Grammar School is a co-educational grammar school in the town of Clitheroe in Lancashire, England, formerly an all-boys school. It was founded in 1554 as "The Free Grammar School of King Philip and Queen Mary" "for the education, instruction and learning of boys and young men in grammar; to be and to continue for ever."

Clapton Girls' Academy is a secondary school with academy status located in Lower Clapton, in the London Borough of Hackney, London, England. 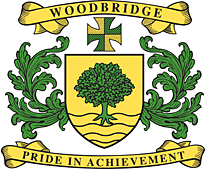 Woodbridge High School is a co-educational secondary school located in Woodford Green in the London Borough of Redbridge, London, England.

St Marylebone C of E School is a secondary school for girls in Marylebone, London. It specialises in Performing Arts, Maths & Computing. In the sixth form, boys can also attend. On 1 September 2011 the school became a converter academy having previously been judged "outstanding in every respect" by Ofsted.

St Margaret's Church of England Academy is a secondary school for boys in Aigburth, Liverpool, England. It is frequently shortened to SMA or Essemmay.

The Hastings Academy, formerly known as Hillcrest, is a secondary school in Hastings, East Sussex, England. The Hastings Academy opened on 1 September 2011 moving into a new building during February 2013.The school has around 900 students and over 100 staff. The Principal is Ms Hilary Morawska. It is run by the University of Brighton Academies Trust.

Old Swinford Hospital is a secondary boarding school in Oldswinford, Stourbridge, West Midlands, England that has been in continuous operation since the 17th century. It is one of 36 state boarding schools in England, meaning school fees are funded by the LEA and pupils only pay boarding fees. Girls are admitted into the sixth form as day pupils. Girls will be admitted from year 7 onwards in 2021.

Harris Boys' Academy East Dulwich is a secondary school and sixth form with academy status for boys, located in the Peckham area of the London Borough of Southwark, England. Students arrive from 55 different feeder schools.

Walton Academy, formerly Walton Girls' High School is a co-ed secondary school, in Grantham, Lincolnshire, England. It is situated in the south-west of the town near the A607 junction with the A1. The school accepts approximately 135 girls a year. In September 2019, the school saw its first boys enter in year 7, previously boys were only in the sixth form. 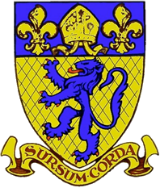 The Piggott School is a Church of England academy secondary school in Wargrave in Berkshire, England. The school has approximately 1,516 pupils and around 185 teaching staff. The school specialises in Modern Languages and Humanities. It has been awarded International school status by the British Council. The most recent inspection from Ofsted achieved an overall effectiveness rating of 'Good'.

St Thomas More Catholic School and Sixth Form College is a mixed Roman Catholic secondary school located on Greenmoor Road, Nuneaton, Warwickshire, England. It is listed as a specialist Technology school by Ofsted, which requires the school to offer GCSEs in Technology to all students. The principal is Mrs Leearna Thomas who has been in the position since the beginning of 2018 after taking over from Mr Francis Hickey. As of September 2012, the educational establishment has been rated as 'good' ' by Ofsted, who previously gave it an 'outstanding'.

Bellerive FCJ Catholic College is an all-girls secondary school and a coeducational sixth form located on Windermere Terrace in Liverpool. It is a Roman Catholic school, and has academy status.

Alderwood School is a coeducational all-through school located over three sites in Aldershot in Hampshire, England. It was formed in September 2017 from the merger of Belle Vue Infant School, Newport Junior School and The Connaught School. 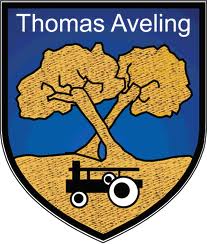 The Thomas Aveling School is a secondary school and sixth form with academy status, located in Rochester, Kent, England.

Thomas Clarkson Academy is a mixed secondary school and sixth form located in Wisbech, Cambridgeshire, England. A new school building has been constructed that was designed by Ken Shuttleworth and Make Architects.

Archbishop Blanch School is a Church of England secondary school for girls located in Liverpool, England. The school is named after Baron Stuart Blanch who was Bishop of Liverpool from 1966 to 1975, and Archbishop of York from 1975 to 1983.