Rugby was established in modern Burma in 2013, with the establishment of the Yangon Dragons club. The club was founded by Dave Smith, who had similarly popularized rugby in the Philippines with the Cebu Dragons club. [1]

During British rule in Burma (1824-1948), rugby was played by British colonists and soldiers in Burma. In the early 20th century, Kwasi Kwarteng notes that the Gymkhana Club played rugby against the military garrison, "their only opponents". [2] The Myanmar Times notes that Herbert Thirkell White (lieutenant governor of Burma 1905-1910) had stated: “To think of hot-headed Burmans engaged in the rough-and-tumble of Rugby excites lurid imaginings.” [3]

British rule in Burma, also known as British Burma, lasted from 1824 to 1948, from the Anglo-Burmese wars through the creation of Burma as a Province of British India to the establishment of an independently administered colony, and finally independence. Various portions of Burmese territories, including Arakan, Tenasserim were annexed by the British after their victory in the First Anglo-Burmese War; Lower Burma was annexed in 1852 after the Second Anglo-Burmese War. The annexed territories were designated the minor province, British Burma, of British India in 1862.

Kwasi Alfred Addo Kwarteng is a British Conservative Party politician serving as Member of Parliament (MP) for Spelthorne since 2010. On November 16, 2018, Kwarteng was appointed Under-Secretary of State at the Department for Exiting the European Union (DExEU), following the resignation of Suella Braverman.

Sir Herbert Thirkell White (1855–1931) was the Lieutenant Governor of the British Indian province of Burma (1905–1910) and the author of several books on Burma, the best known of which is the classic, A Civil Servant in Burma, which is based on the 32 years (1878–1910) he spent as a civil servant in that province. White also authored the fourth volume Burma of the four volume series "Provincial Geographies of India" which was published between 1913-23 from the Cambridge University Press under the editorship of Thomas Henry Holland.

Newport Rugby Football Club is a Welsh rugby union club based in the city of Newport, South Wales. They presently play in the Welsh Premier Division. Newport RFC are based at Rodney Parade situated on the east bank of the River Usk. Due to the regionalisation of Welsh rugby in 2003 Newport RFC is now a feeder club to Newport Gwent Dragons regional team.

The Sydney Football Stadium, commercially known as Allianz Stadium and previously Aussie Stadium, is a closed football stadium in Moore Park, Sydney, Australia. Built in 1988 next to the Sydney Cricket Ground, the stadium was Sydney's premier rectangular field venue for rugby league, rugby union and soccer.

Sports in Hong Kong are a significant part of its culture. Due to British influence going as far back as the late 19th century, Hong Kong had an earlier introduction to Western athletics compared to other Asia regions. Horse racing has most spectators, while football, basketball, swimming, badminton, table tennis, cycling and running have the most participants. Golf is an increasingly popular sport, despite the relatively few number of courses in the city. In 2009, Hong Kong successfully organised the V East Asian Games and it was the biggest sporting event ever held in the territory. Other major international sporting events including the Equestrian at the 2008 Summer Olympics, the Hong Kong Open Golf Championship, the Hong Kong Sevens, Hong Kong Marathon, AFC Asian Cup, EAFF East Asian Cup, Hong Kong Badminton Open, Hong Kong Tennis Classic, Premier League Asia Trophy, and Lunar New Year Cup. Hong Kong athletes have improved in worldwide rankings. As of 2010, there are 32 Hong Kong athletes from seven sports ranking in world's Top 20, 29 athletes in six sports in Asia top 10 ranking. Moreover, Hong Kong is equally impressive performance of athletes with disabilities in 2009, having won four world championships and two Asian Champions.

The Rugby League World Cup is an international rugby league tournament, contested by national teams of the Rugby League International Federation, which was first held in France in 1954, the first World Cup in either rugby code. The idea of a rugby league world cup tournament was first mooted in the 1930s with the French proposal to hold a tournament in 1931, and again in 1951. The fifteen tournaments held to date have been at intervals ranging from two to eight years, and have featured a number of formats. So far three nations have won the competition. Australia, France and New Zealand are the only teams to have played in all tournaments. Since 2000, the RLIF has also organised World Cups for women, students and other categories. The 2017 Rugby League World Cup was held in Australia, New Zealand and Papua New Guinea which was won by Australia.

The Challenge Cup is a knockout rugby league cup competition organised by the Rugby Football League, held annually since 1896, with the exception of 1915–1919 and 1939–1940. It involves amateur, semi-professional and professional clubs.

The MPT Myanmar National League is the premier national professional football league of Myanmar. In 2009, the league replaced the Myanmar Premier League, which consisted only of 14 Yangon-based football clubs, with eight professional clubs representing different regions across the nation. On 16 May 2009, the league launched its inaugural two-month tournament, the Myanmar National League Cup 2009 in preparation for the first full season in 2010. Despite its national ambitions, the league held the MNL Cup 2009 matches in the country's two main stadiums in Yangon due to the lack of adequate facilities elsewhere. On 5 July 2009, Yadanabon FC defeated Yangon United FC in the MNL Cup final to become the first-ever MNL Champions.

Yangon United Football Club is a Burmese football club, based at Yangon United Sports Complex, in Yangon, Myanmar. Owned by Tay Za, a prominent Burmese businessman, the club was one of eight teams originally participating in the first Myanmar National League in 2009. The team finished runners-up in the league's inaugural cup competition, the Myanmar National League Cup 2009. Yangon United's biggest rivals are Yadanarbon F.C., with whom they contested the Myanmar rivalry.

Sithu Aung is a burmese professional footballer who plays as midfielder for Myanmar national football team and Chonburi. He has played much of his career as a Left Back, but he has also been used in various midfield roles.

The World Club Challenge is an annual rugby league competition between the winners of the Australian NRL and the Super League. The first such match was played in 1976 but did not become a regular fixture until the late 1980s. It was also punctuated in the 1990s by the Super League war but has been held every year since 2000. The Sydney City Roosters are the current champions, having defeated the Wigan Warriors 8– 20 in Wigan. 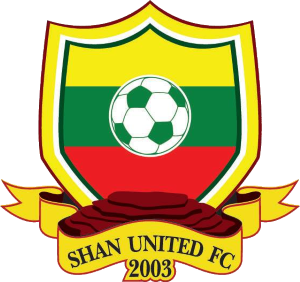 Shan United Football Club is a professional Burmese football club based in Taunggyi, Myanmar, representing Shan State in the Myanmar National League. It had previously competed as an amateur club under the name Kanbawza FC, based in Yangon.

The 2016 AYA Bank Cup was a four-nation football tournament hosted in Yangon, Myanmar from 3–6 June 2016.