Rugby Union, which is played in 105 countries around the world, has already been played in Brunei since the 1950s. According to the archives of the Royal Brunei Yacht Club, a "Town Rugby Football Team" played a team from the Seria district in 1957. In the mid 1970s, rugby in Brunei grew in popularity with the influx of expatriates from Britain and active participation from the Royal Brunei Armed Forces (RBAF), Brunei Shell Recreation Club, Royal Brunei Yacht Club, the Panaga Club and the British Garrison in Seria.

Numerous clubs also organised Rugby sevens and tens competitions from time to time, but the large number of British and Commonwealth expatriates leaving the sultanate in the late 1990s led to a decline in the number of such tournaments.

Brunei was one of the countries that hosted the annual Asian Rugby Seven Series in 2009. It was a 2-day event set on the 24th and 25 October at the Hassanal Bolkiah stadium. The Brunei Rugby Football Union (BRFU) have been given a contract to host annual Brunei Sevens rugby tournaments for four years. [1]

The national team has not qualified for the Rugby World Cup yet.

Brunei is one of the weakest nations in sport terms but has greatly improved since 1999.

Seria is a town on the north-east coast of the island of Borneo, in the Bruneian district of Belait. It is the birthplace of the country's petroleum industry, where oil was struck here in 1929. Seria is governed as a municipality, as well as two village-level subdivisions under the mukim of the same name. The postcodes of Seria include KB1133 and KB4733.

Panaga is a coastal settlement on the north-east coast of the island of Borneo, in the Bruneian district of Belait. Officially known in Malay as Kampung Panaga, it is a village-level subdivision under Seria, a mukim or subdistrict of Belait. The settlement of Panaga comprises a public housing estate under the National Housing Scheme and the housing estate of Brunei Shell Petroleum, the main oil and gas company in the country. Panaga is also home to the headquarters of the company itself. The postcode for Panaga is KB4533.

Seria is a mukim in the Belait District of Brunei. It is about 169 square kilometres in size. It is located in the north-west of the Belait District, bordering the South China Sea to the north, Mukim Liang to the east, Mukim Labi to the south-east, Mukim Kuala Balai to the south and Mukim Kuala Belait to the west. It has over 27,000 residents made up of various races, including Malays and Chinese. There is also a Nepalese community in Seria, made up of members of the British Army's Brigade of Gurkhas. The British Army occupies two camps in Seria since the 1960s, known as the Medicina Lines and the Tuker Lines. As of March 2007, the Penghulu of Mukim Seria is Awang Haji Jamail bin Haji Linap who was elected to the office on 12 March 2006. 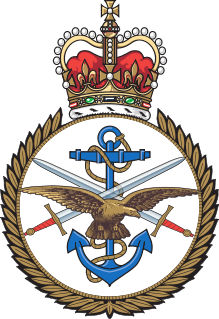 British Forces Brunei (BFB) is the name given to the British Armed Forces presence in Brunei. Since the handover ceremony of Hong Kong in 1997, the garrison in Brunei is the only remaining British military base in the Far East. 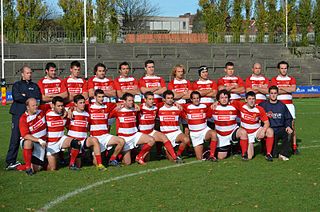 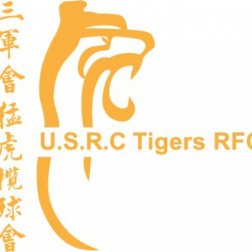 USRC Tigers (三軍會猛虎欖球會) is a rugby club based in King's Park, Hong Kong. It arose from the merger between Kai Tak Tigers and DeA Flamingo Rugby Football Club in 1990 to become "DeA Tigers". In 2014, DeA Tigers associated with the United Services Recreation Club (USRC) to become "USRC Tigers". 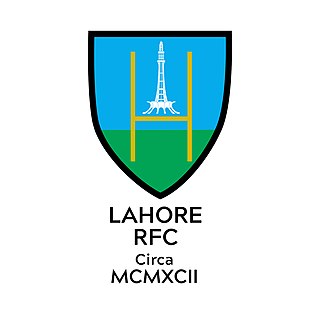 Lahore Rugby Football Club is a Division I Pakistani rugby union club based in Lahore.

The Brunei Super League is a Bruneian professional league for association football. It is at the top flight of the Bruneian football league system and it is managed by the National Football Association of Brunei Darussalam (NFABD). The clubs participating in this top flight league need to pass a set of requirements and verification process, particularly related to professionalism and infrastructure feasibility.