Last updated December 25, 2020
Not to be confused with Rugby union in Mauritania.

Rugby in Mauritius has frequently been haphazard, for example, Blantyre RFC of Malawi once undertook a tour to Mauritius. Writing back to approve the tour, the Mauritian secretary added, "Please bring your own ball. We have lost ours." [1]

Mauritius is a former British colony, and it was introduced there by the British military in the early twentieth century. [2] In a parallel development, a number of wealthier young Mauritians went to British and South African boarding schools during this period, and also picked up the sport there. [2]

In 1928, a group of Franco-Mauritian players set up the first club, the Dodo Club. [2] The game expanded between then and 1975, with more clubs being created. However, the independence of Mauritius in 1968 led to financial difficulties for Mauritian rugby, and it was left to a development programme in the 1990s to revive the game properly. [2]

From 1928 to 1975 rugby was played at senior level between various clubs remembered as the Buffalos, HMS Mauritius, Blue Ducks, Dodo, the Navy, SMF and the Stags.

The 1995 Rugby World Cup in South Africa was broadcast on Mauritian television, and received a good deal of attention. [2]

The Mauritius Sevens team participates in Indian Ocean tournaments with Réunion and Madagascar. [2]

Success in sevens led to the improvement of the fifteen a side game, and Mauritius played their first international against Tanzania in 2005, winning 20-10. They also won subsequent matches against Rwanda, Burundi and Burkina Faso. Their fantastic start to international rugby has caused tremendous growth of the sport in Mauritius, with thousands of people flocking to see them play. They participate in the south section of the CAR Castel Beer Trophy, which they surprisingly won in 2005. However, in both the 2006 and 2007 editions, the side's hopes were dashed in the group stage by Botswana, who went on to win in 2007.

The Franco-Mauritian ethnic minority group tends to dominate the game, as rugby is a much less popular sport amongst the Indo-Mauritian majority. This has led to some complaints of exclusivism:

"For example, the community maintains several white-only sport and social clubs, like the Dodo Club. The national rugby team is virtually all-white, as the only islanders playing the sport are members of Franco-Mauritian clubs." [3]

Rugby went through a period of decline until in 1998, when the Stags Club was re-created and thus triggered the thought that rugby once again had a place in Mauritian society.

Mauritius, officially the Republic of Mauritius, is an island nation in the Indian Ocean about 2,000 kilometres (1,200 mi) off the southeast coast of the African continent, east of Madagascar. It includes the eponymous main island of Mauritius and Rodrigues, Agaléga and St. Brandon. The islands of Mauritius and Rodrigues form part of the Mascarene Islands, along with nearby Réunion, a French overseas department. The capital and largest city, Port Louis, is located on Mauritius, where most of the population is concentrated. The country spans 2,040 square kilometres (790 sq mi) and has an Exclusive Economic Zone covering 2.3 million square kilometres.

Francis Edward Cotton is a former rugby union prop forward who played for England and the British Lions. His clubs included Coventry R.F.C. and Sale. After retiring, he remained in rugby administration and founded a clothing company. In July 2007, Cotton returned to his former club Sale as a member of the club's board. 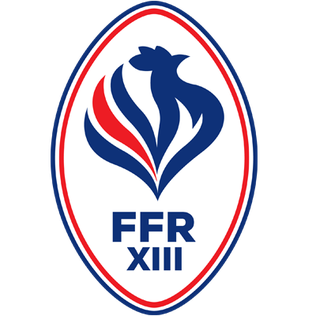 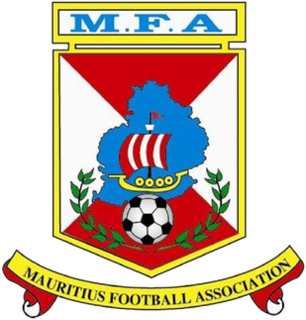 Rugby union in Seychelles is a minor but growing sport.

The Mauritian cricket team is the team that represents the country of Mauritius in international cricket competitions. They are not an official member of the International Cricket Council, hence they are not entitled to participate in the official ICC events. It is administered by the Mauritius Cricket Association. Despite that they are members of the African Cricket Association, which should see them being granted ICC membership in the near future. Cricket in Mauritius is a sporadic affair, with occasional games arranged by enthusiastic zealots replacing any sort of national association or organised competition structure. Four clubs keep the game alive in Mauritius, Maurindia, Star, Spartan and United Cricket Clubs. Maurindia is arguably the leading club and twice yearly plays the Seychelle Islands representative team in reciprocal visits. Later this year it will travel to Zimbabwe to play the Hindu Gymkhana Club. Although recently, club cricket is expanding rapidly with new members joining it from time to time. All members are very much excited about their first tournament and are very much confident about their winning.