Rugby union in Bosnia and Herzegovina

Rugby union in Bosnia and Herzegovina is a minor sport. They are currently ranked sixty-eight in the International Rugby Board's world rankings, [1] despite the lack of recognition as an official sport by the government. [2]

Rugby union was a moderately popular sport in Yugoslavia (a name which Serbia retained long after the disintegration of that state). The Rugby Championship of Yugoslavia ran from 1957-1991.

Yugoslavia was a country in Southeastern and Central Europe for most of the 20th century. It came into existence after World War I in 1918 under the name of the Kingdom of Serbs, Croats and Slovenes by the merger of the provisional State of Slovenes, Croats and Serbs with the Kingdom of Serbia, and constituted the first union of the South Slavic people as a sovereign state, following centuries in which the region had been part of the Ottoman Empire and then Austria-Hungary. Peter I of Serbia was its first sovereign. The kingdom gained international recognition on 13 July 1922 at the Conference of Ambassadors in Paris. The official name of the state was changed to Kingdom of Yugoslavia on 3 October 1929.

The Rugby Championship of Yugoslavia was the highest level of rugby union competition in the federation of Yugoslavia. The league lasted until 1991, when several successor leagues were formed.

Rugby union in Bosnia and Herzegovina has not been popular historically, but due to its recent international successes, it is gaining more recognition. As of December 2008, more than half of the eight hundred registered players were pre-teens or teenagers. [3] In addition, there are currently eleven domestic clubs that compete against each other on various levels.

In the early 1990s, former Italian cap, Dr Giancarlo Tizanini was a major driving force in Austrian rugby. Before his death in 1994, he tried hard to establish a Central European equivalent of the Six Nations between Austria, Hungary, Croatia, Slovenia and Bosnia. [4] 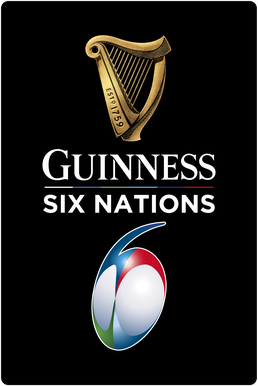 The Six Nations Championship is an annual international rugby union competition between the teams of England, France, Ireland, Italy, Scotland and Wales. The current champions are Ireland, who won the 2018 tournament.

The national team has been competing since the early 1990s. 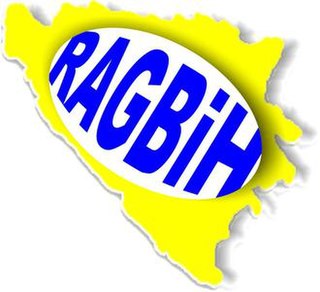 The Hungary national rugby union team is governed by the Hungarian Rugby Union. They have yet to qualify for the Rugby World Cup, although they have entered qualifiers for all the tournaments from the 1995 edition onwards. They compete annually in the European Nations Cup, currently in Division 2C. 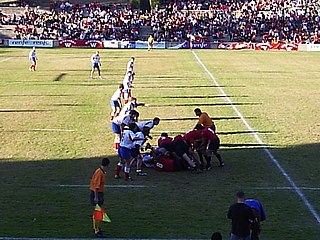